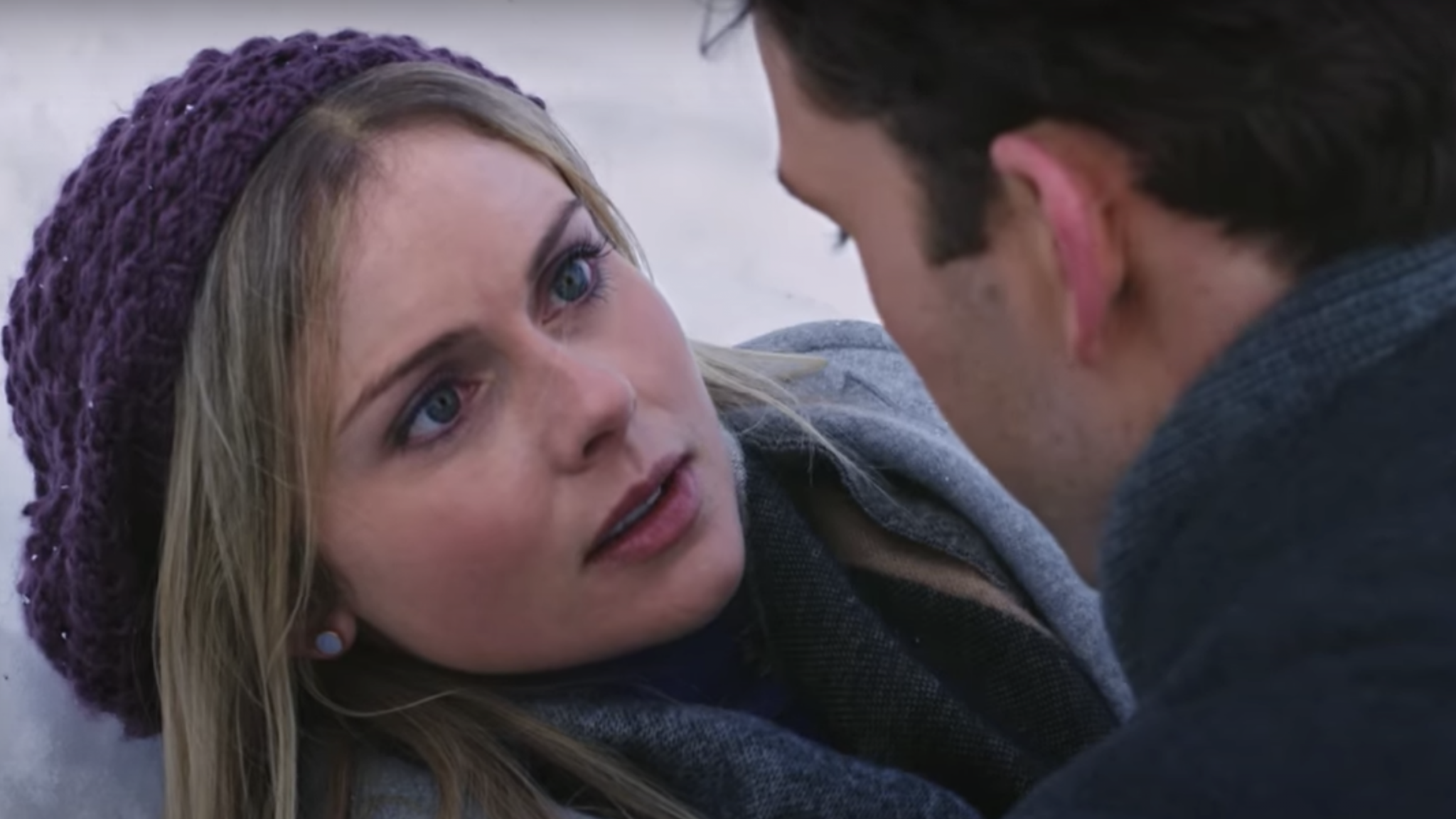 A snowball fight turns into something more in 'A Christmas Prince.' (Screenshot via YouTube)

Glancing at Netflix’s newest releases, it’s hard to tell it’s only mid-November. In preparation for the holiday season, the streaming platform is churning out massive amounts of Christmas content as part of its “Here for the Holidays” series.

If the series — which promises new holiday content every week until Christmas — sounds familiar, it’s because it is. “Here for the Holidays” is reminiscent of other holiday roundups such as Freeform’s (formerly ABC Family) “Kickoff to Christmas” or beloved “25 Days of Christmas” and the Hallmark Channel’s “Countdown to Christmas.”

And Netflix is certainly modeling its new cheesy Christmas content off of the original TV channel that started the trend. Hallmark created a no-fail formula for the most cringy, cliche holiday movies and basically invented the tropes of troubled romances, deceiving identities and complicated coworkers — all in a Christmas-themed setting. In Hallmark’s winter wonderland, it is not uncommon to choose a random stranger as a date to your family’s holiday party or to suddenly stumble across royalty in your small American town. You may groan at how tacky these movies are, but each one delivers a holiday comfort that is — or, better yet, was — hard to find elsewhere.

[You broke your laptop, and the whole world is online. What now?]

Netflix has been trying to compete with Hallmark’s seasonal successes for years. 2017’s A Christmas Prince was only the start, and “Here for the Holidays” is only making this agenda more apparent. Dolly Parton’s new holiday musical, Christmas on the Square, is slated for release on the platform later this month. Ironically, the country music icon starred in Hallmark’s Christmas at Dollywood last year.

The Oct. 28 release of Holidate, a rom-com holiday movie starring Emma Roberts, was a clear demonstration of just how seriously Netflix is about taking on Hallmark’s classics. While the movie boasts a promising cast including Roberts and Kristin Chenoweth, the film was able to successfully embrace the same cringiness of a typical underdeveloped holiday movie. The reviews for Holidate were on par with Hallmark’s normal reviews.

To be fair, Holidate’s premise was a bit more original than expected; Netflix is trying to put its own subtle twist on the tried-and-true formula of love and family and ditching the big city. And many scenes in Holidate are NSFW, including sexual innuendos that would put writers on the naughty list in Hallmark’s family-friendly world.

Netflix has also delved into television. Dash & Lily, a holiday-themed show, dropped Tuesday and is currently sitting in the platform’s Top 10 list. There’s also content geared toward children, such as the animated movie Klaus and holiday specials from popular shows. Of course, other holiday hits like A Bad Moms Christmas and Jim Carrey’s How the Grinch Stole Christmas are available, too.

Slowly but surely, Netflix is quickly becoming a one-stop site for all things holiday. But it hasn’t made TV holiday content completely obsolete yet.

Netflix still cannot compete with the way Hallmark debuts a new movie almost every day or Freeform’s near-constant holiday marathons. Holiday television lovers simply have a surplus of content to choose from, and given the events of 2020, we deserve the escapism and mind-numbing sweetness of these cheap, corny holiday distractions.