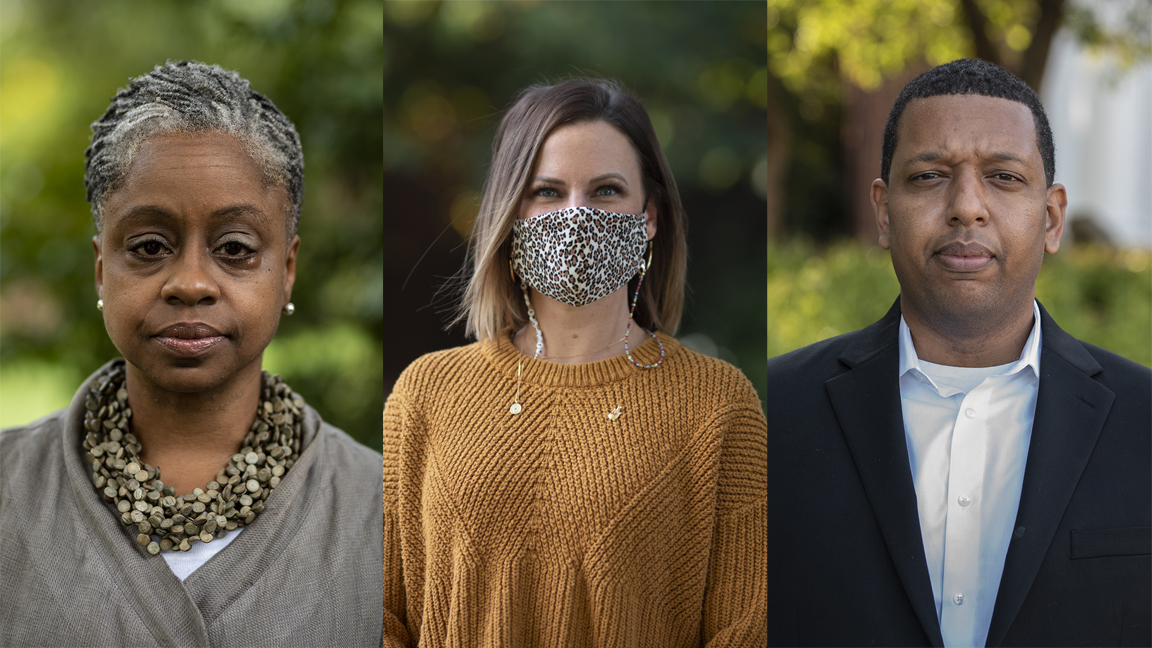 Sections of College Park have flooded three times due to heavy rain and poor drainage since the beginning of September. Trees have been cut down to make room for new development and construction sites that sit on the banks of nearby streams.

The environmental effects of the city’s growth lie on the doorsteps of District 2 residents.

“I’m very concerned with the Purple Line,” said Victoria MacDonald, a former history professor at the University of Maryland and current District 2 resident. “They came through and took out all these beautiful trees on Campus Drive.”

District 2 encompasses the Berwyn neighborhood and the south campus of this university, which includes the “M” circle that was recently relocated a few hundred feet away from its original location.

On Nov. 8, MacDonald and other concerned residents will vote in a special election to decide which of the three candidates for the College Park City Council will fill the vacant seat left by former Councilman P.J. Brennan, who resigned in late September.

The new council member will have opportunities to address the environmental challenges the city faces.
[Construction has started on a new apartment complex near Denny’s]

Candidate Ron Cameau said he would make it illegal for businesses to provide nonbiodegradable plastic bags to their patrons, a cue he took from Takoma Park in Montgomery County.

He would also work toward converting city government vehicles to electric, Cameau said.

“Most importantly out of all of this is education,” Cameau said. “If we don’t educate our populace on how important climate change is, it’s almost pointless.”

Cameau said he would like to see the university partner with local schools in order to teach younger generations about climate change, the environment and the importance of recycling.

Candidate Llatetra Brown Esters said that she would like to see new buildings have Leadership in Energy and Environmental Design certifications. A LEED certification is an independent verification of a development’s energy and resource efficiency by the U.S. Green Building Council, a nonprofit dedicated to promoting environmentally friendly buildings and communities.

Esters also said she would like to see more green spaces maintained in order to offset the new developments in the city.

“Some of the issues, when you consider the environment, need to be ongoing,” Esters said. “We want to have a community well after a number of us are gone.”

Candidate Lindsay J. Dively said future development projects in the city and their developers need to be environmentally conscious.

“We need to partner with people that are concerned about the environment,” Dively said. “And if not, they shouldn’t be considered at all.”

Dively also said the city should provide incentives to residents for using environmental programs that are already in place, such as the county’s food scraps drop-off program, where residents can drop off their leftovers at three different locations in College Park to be composted.

As the city’s special election day nears, some District 2 residents, such as Kathleen Kiley, have yet to make up their mind on who to vote for.

“I want forward-thinking,” Kiley said. “When it comes to climate change, I want somebody that can do things that are going to protect us.”