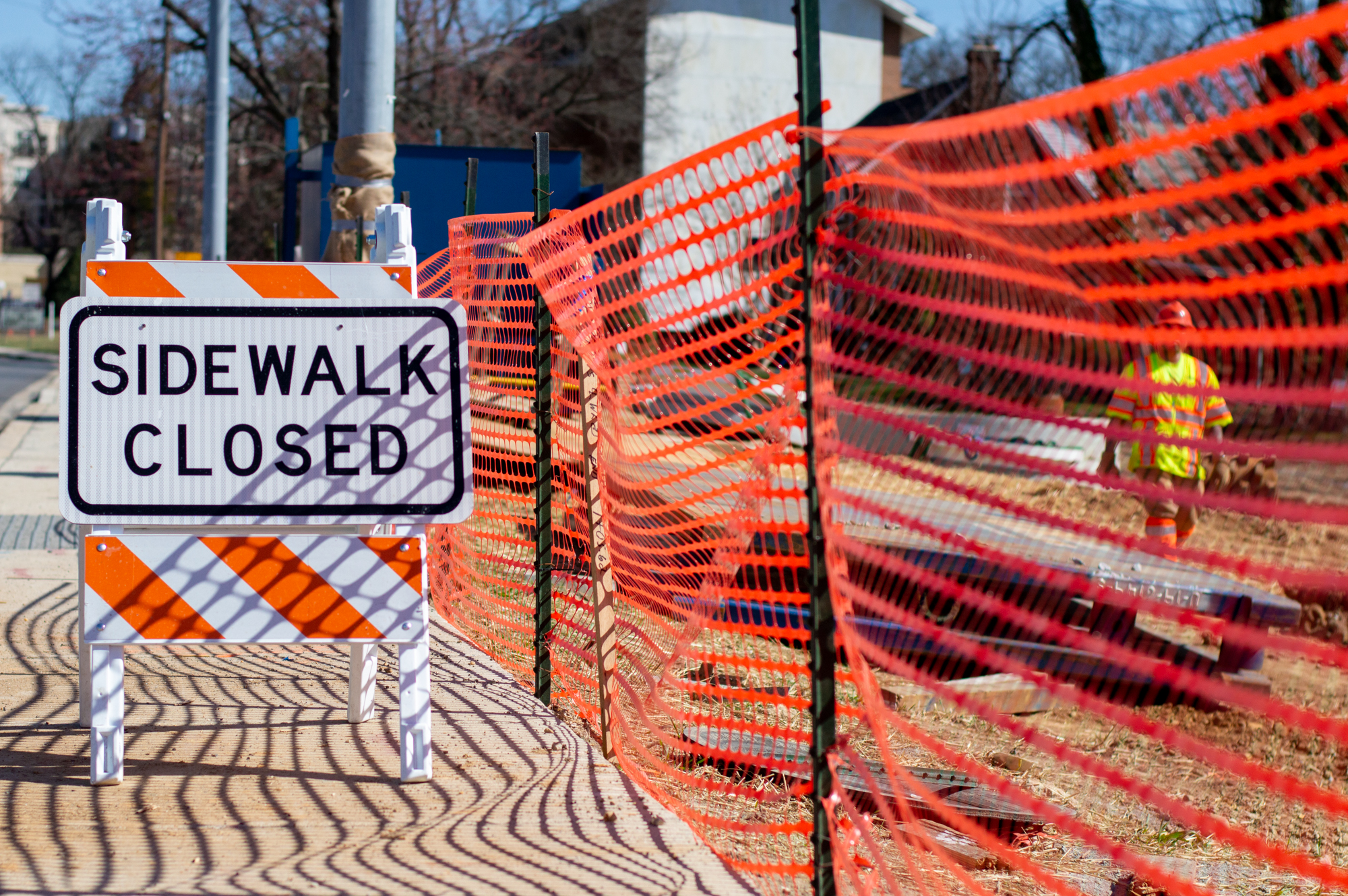 A sign next to the Purple Line construction site on Campus Drive on March 9, 2020. (Joe Ryan/The Diamondback)

One of the earliest things I learned about state government in elementary school is its responsibility to provide the public resources like schools and roads. Naively, I thought the government paid for these things in their entirety, and oversaw their construction and completion. Yet, like most things in this country, a crony current of capitalism courses through these “public” assets.

Public-private partnerships, or P3s, are intended to sound collaborative. The government works with a private company to produce a public benefit or asset that might be too expensive or require too much expertise for the government to carry out on its own. Yet these so-called partnerships can devolve into lopsided contracts where private corporations may wield unruly power and eventually derail the whole project.

A huge uncertainty in any P3 contract is the specific amount that a contractor will be paid for their services, because this amount is performance based. Let’s say the state government partners with a private company to widen Route 1 in order to decrease traffic (one can only dream). In doing this, the company fronts its own funding in addition to what is offered by the state. The company’s final compensation rests on the tolls and fees it can collect off of Route 1’s expansion.

Maryland loves its public-private partnerships, despite their cost. In the past, the state has used them to build new rest stops along Interstate 95 and tunnels in Baltimore. The Prince George’s County School Board just approved a P3 that will pay out $1.2 billion (with interest) over 30 years to private firms that will build six new schools. Let’s not forget the recent downfall of the Purple Line, the unofficial crown jewel of P3 projects in this state, which demonstrated the fragility of such contracts.

When taxpayer funds and public works are entrusted to private entities, the government loses its ability to control how that money is spent and how those public works are managed. The works aren’t really public anymore; they’re tied to whichever private company built them, manages them and will collect money from them. How can a state government fulfill its central purpose of providing public infrastructure when it relinquishes control over that infrastructure to large corporations?

Why does Maryland continue to enter P3 contracts that endanger taxpayer funds and have a high risk? It’s simple: Public works are expensive and extremely difficult to design, construct and manage. It’s just easier for the government to contract these services than undertake the billions of dollars and many years of planning these projects require. But there has to be a better way to build infrastructure that doesn’t involve shelling out taxpayer money and roping the government into years-long, risky contracts with private organizations.

It’s time the government takes responsibility and control for infrastructure, which it should have been doing all along. Rather than getting entangled with corporations, the state should publicly and fully fund infrastructure and revamp the construction and management process. If this means raising taxes, so be it. It’s absurd for Marylanders to unknowingly and continually give up their tax dollars to partnerships that can fall apart, wasting money and resources in the process.

Public-private partnerships may sound like they put the public’s interests first, but in reality, they force the government to cater to the whims of private companies. The government can end up being trapped in years-long contracts with private corporations which, with a greater amount of expertise in infrastructure, have the upper hand in raising costs and controlling what is supposed to be a “partnership.” It’s time for Maryland’s government to reevaluate implementation of these projects to best serve the public and practice responsible stewardship of public funds.