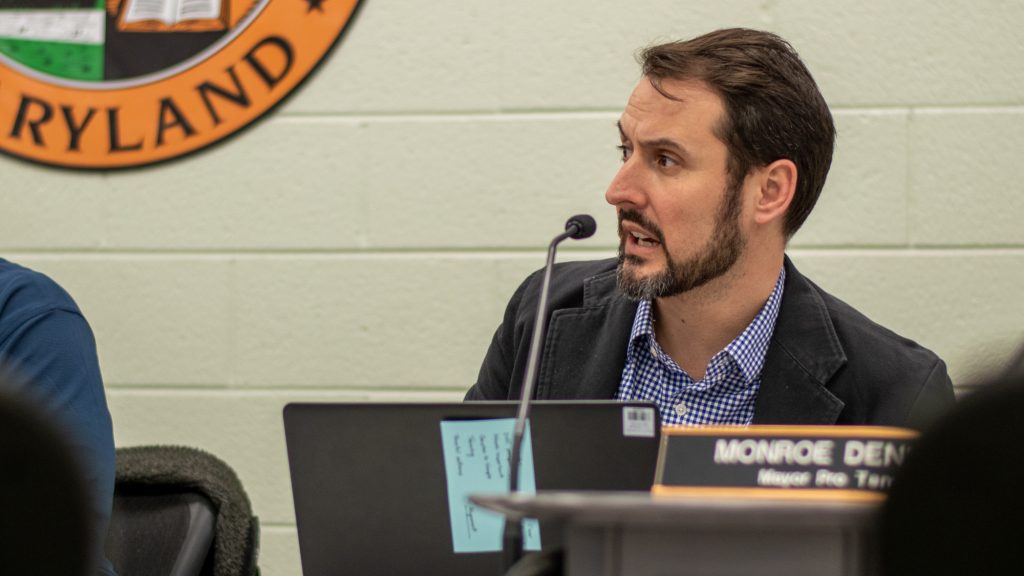 In Ron Cameau’s eyes, the ideal council member is tenacious, a good leader and, most of all, transparent — someone who tells it like it is.

The Berwyn resident and District 2 candidate spent over 23 years in the military, leading troops in and out of harm’s way in Iraq and Afghanistan, and over 15 years focusing on cybercrime as a federal law enforcement employee. As a result, he said he’s not shy about taking charge.

A lifelong Prince George’s County resident, Cameau has many goals for District 2. He wants to make sure resources are accessible to senior residents, and he also wants to put an end to plastic bags in the city.

But it’s a balance. In the city’s five-year strategic plan, one of residents’ top concerns was that the council made decisions with too heavy a university influence. This is something Cameau wants to change.

Oak Springs resident Llatetra Brown Esters has two goals if she gets elected: to make informed decisions on the issues that come to the council and to make sure the voices of District 2 residents are heard.

“I think it’s important that all voices are included,” Esters said.

She believes this is an important part of bringing about more diversity and inclusion in College Park. As a university administrator for 25 years, Esters said she’s had plenty of experience in decision-making. She feels confident about bringing that skill to the city council.

Making informed decisions also includes fiscal responsibility, Esters said, and she wants to ensure that residents’ taxpayer dollars are allocated in a way that supports the city.

Esters brings the same mindset into her plans for development. With all the projects and developments that come into the city, she wants to make sure that it’s smart growth. It shouldn’t just benefit residents, she said, but new infrastructure should be environmentally friendly as well.

Esters also put an emphasis on public safety. People feeling safe in their neighborhoods is imperative, she said.

In 2018 and 2019, Lindsay Dively had the opportunity to work on and lead empowerment programs in Zambia and South Africa. She would have stayed, but with visa issues, she returned to her home in College Park.

“I just determined that I don’t have to go across the globe to make a difference, to try to help a community or be the voice for the people who don’t believe that they have a voice,” Dively said.

Her goal is to be accountable for all residents of College Park, she said in her campaign statement.

Dively said she wants to provide high-quality infrastructure that will meet residents’ needs. However, that same infrastructure should sustain the economy in College Park.

New homeownership and small business cooperatives are also a big part of sustaining the economy, Dively said. As a small business owner herself, she said she understands the issues small businesses face. She owns a holistic wellness center in Laurel named Salt on Main Wellness Center.

Mobility concerns are another issue Dively wants to address. In her campaign, she said she wants to improve sidewalks and bike lanes. Those improvements would ultimately make the city more pedestrian and bike friendly.

Another one of Dively’s core issues focuses on reinstating the community’s trust with its leaders. In order to do that, Dively said she would welcome residents’ involvement in city issues.