What the NFL’s week five saw from former Terps 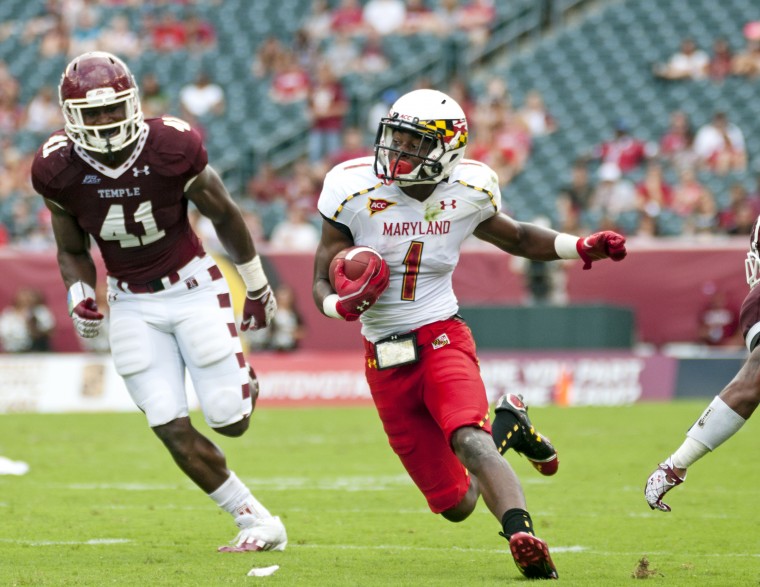 Stefon Diggs, along with a handful of other former Terps in the NFL had big performances in Week Five, as they helped to lead their teams as the season approaches the midway point.

Stefon Diggs– Stefon Diggs is having a career year during his first season in Buffalo. This past weekend, Diggs caught 10 passes for 106 yards in the Bills’ 42-16 loss to the Tennessee Titans on Tuesday. Diggs currently ranks second in the league in receiving, with 509 yards through five games. At his current pace, Diggs would have more than 1500 yards and 110 catches by season’s end, which would both be career highs. While it will be difficult to keep producing at the rate he is through five weeks, Diggs appears to have found a home in Buffalo and has become Josh Allen’s number one target.

DJ Moore– DJ Moore caught four passes for 93 yards and his first touchdown of the season in the Carolina Panthers’ 23-16 victory against the Atlanta Falcons on Sunday. Moore’s touchdown, a 57-yard catch and run, was a step in the right direction for the third-year pro, as he has been overtaken by Robby Anderson as the number one option in the passing game.

Yannick Ngakoue– Yannick Ngakoue continued to make his impact felt in his first season with the Minnesota Vikings, recording a sack and a tackle in the Vikings’ 27-26 loss to the Seattle Seahawks on Sunday night. Ngakoue is currently tied for third in the league in Sacks, with five through five games. While he has been able to find success getting to the quarterback so far this season, it hasn’t translated to wins for the Vikings, who are 1-4.

Anthony McFarland Jr.– After making his NFL debut against the Houston Texans in week three, Anthony McFarland once again saw action in week five. The fourth-round pick had three carries for six yards in the Pittsburgh Steelers’ 39-29 victory over the Philadelphia Eagles on Sunday.

JC Jackson– JC Jackson and the Patriots didn’t play in week five, as their matchup with Denver Broncos was postponed due to a COVID-19 outbreak in the Patriots’ organization.

Byron Cowart– Byron Cowart and the Patriots’ week five game was postponed due to a COVID-19 outbreak.