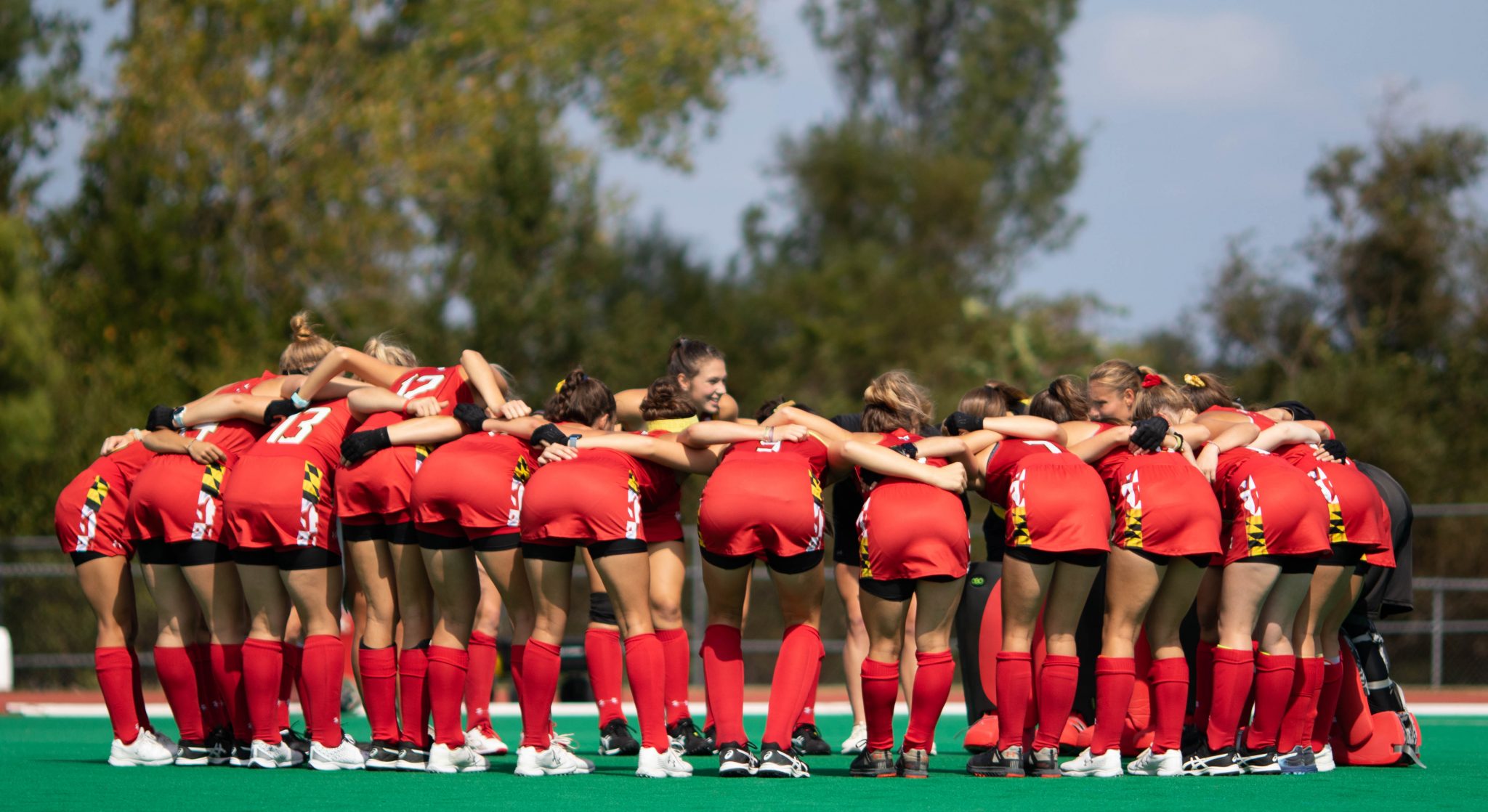 Maryland field hockey before their 2-1 win over Rutgers on Sept. 28, 2019 in Piscataway, N.J. (Julia Nikhinson/The Diamondback)

For Maryland field hockey, the uncertainty before a season opener often revolves around how new players mesh into a championship-caliber squad.

But this year, the Terps aren’t allowed to pick up the ball during practice.

“We’re not allowed to touch anything except for our sticks,” defender Riley Donnelly said.

Despite treading new water and working with no guarantees on when its season will begin, Maryland believes a take-charge attitude will keep them ready for whatever may come.

“For all of us, we had Plan A, and now it’s Plan B,” coach Missy Meharg said. “Plan A was before we decided as a league to not play in house. We were prepared for that. So now in Plan B, we’re taking a pause in-between to get back at training without knowing what’s in store in the spring.”

While the Terps await word from the Big Ten about how their season will proceed, the team is ready to ramp back up to high-intensity training when they get the call.

And Maryland isn’t fazed by the unpredictability.

“One of our biggest [strengths] is being comfortable with the unknown,” Donnelly said. “Knowing that we’re trying to get answers but there just aren’t a lot of answers right now. Just taking it day by day.”

The latest roadblock for the Terps came on Sept. 3, when practices were suspended indefinitely for the entire athletic department following 46 positive COVID-19 tests across 10 Maryland teams.

Before practices were halted, Meharg’s squad held sessions with added restrictions, including social distancing and not sharing equipment among teammates. Practices were focused heavily on passing drills and technical skills.

Throughout their extended offseason, players took it upon themselves to stay prepared. Midfielder Kyler Greenwalt, who faced a similar ordeal while rehabbing an ACL injury after her sophomore season, discovered YouTube workout videos as a way to mix up her conditioning routine.

Greenwalt also emphasized her team’s commitment to being on-campus leaders when it comes to abiding by COVID-19 guidelines. University President Darryll Pines said Tuesday that the athletic department’s spike in positive tests was caused by athletes attending off-campus gatherings.

“We’re always wearing our masks, whether you’re inside a building or not,” Greenwalt said. “We’re always six feet apart. We’re just really trying to pay attention to what we can do to make the situation better.”

For now, that means following protocols and working out on their own time. There is no indication yet as to when the Terps will next take the field. When they do, though, they’ll be focused on improving upon a 2019 campaign that ended with a loss to Virginia in the NCAA tournament quarterfinals.

But they’re looking to be ready when they get there, and Meharg praised how her team has stayed driven despite the circumstances.