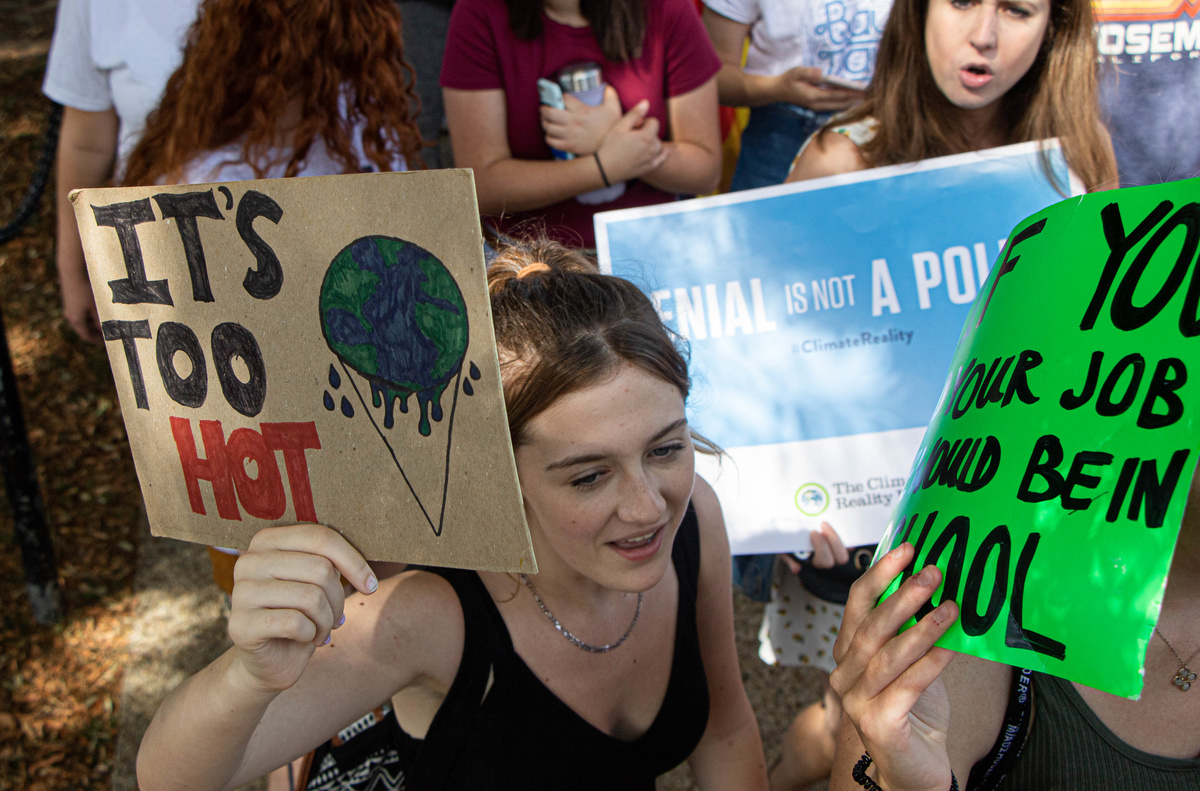 California is burning. Wildfires are scorching 1.1 million acres, the area of five New York Cities going up in smoke. Hurricane Laura, which recently decimated parts of Louisiana and Texas, was the most intense hurricane to make landfall in Louisiana in 164 years. Greenland’s ice sheet has melted so much that the ice loss has caused a measurable change in the gravitational field that covers the country. With the frequency of these “naturally” occurring weather events, they may seem to be just that: natural.

But they aren’t. They’re simply becoming more common and destructive due to anthropogenic climate change. While it’s hard to come to terms with the fact that human effects are causing environmental destruction, acting like these catastrophes are normal only fuels complacency. As more people recognize climate change as present in their daily lives, we need consistent, inclusive and impactful public outrage in order to have a fighting chance at overcoming the climate crisis.

Climate change was once mostly seen as an intangible concept, one that wouldn’t harm anyone for hundreds of years. Before it was widely accepted by people across the country — regardless of their political beliefs — it seemed climate change was an issue only for wealthy liberals who had the luxury to care about an “invisible” problem. Now, as climate change begins to impact everyone’s lives in concrete ways, it’s getting harder to ignore.

People ignore or normalize climate change for a variety of reasons. For one, it’s beneficial in the short term for consumers and companies to ignore and accept it as the new normal: Consumers don’t need to change their habits and corporations can continue making profits without considering damage. On top of this, people feel like the destruction caused by climate change is distant, without a clear impact in their own communities. This explains why it’s hard to grasp the dangers of extreme hurricanes and fires from somewhere like College Park, where the impacts of that weather aren’t directly felt.

But voters from a wide range of economic and political backgrounds are starting to realize the urgency of implementing climate-focused policy solutions. This year, a survey reported the percentage of people wanting the government to better address global warming — at 68 percent in May 2018 — was at the same level in 2020, according to Resources for the Future, an environmental research nonprofit.

Why is this a positive sign? Well, 2020 hasn’t exactly been a sensational year. With the COVID-19 pandemic wreaking health and economic havoc on millions of people, concern over climate change could hypothetically be less prioritized than people’s immediate needs. However, the study reports an “increase in concern about climate change and the need for action over the past two years.” This consistency through a year fraught with pain for so many seems to show that concern about the environment is no longer a luxury good.

Passively accepting the increased frequency of extreme weather events does nothing to mitigate their effects. But public outrage could be a mode of creating change. And there are already grassroots organizers and Indigenous activists leading the charge, but in order to create a collective anger, climate activism needs to include as many people from different backgrounds as possible. It’s time to include those who couldn’t have cared less about climate change until it impacted them directly, such as those who live in deeply red districts — where livelihoods depend on the land — and are now experiencing droughts and heat waves exacerbated by climate change.

As a wider swath of voters are getting more concerned about climate change, it’s time for collective anger over the devastating impacts to take stage. With consistent and coordinated publicity campaigns to transform concern into anger and anger into legislative measures, there can be broader political action to fight the climate crisis.