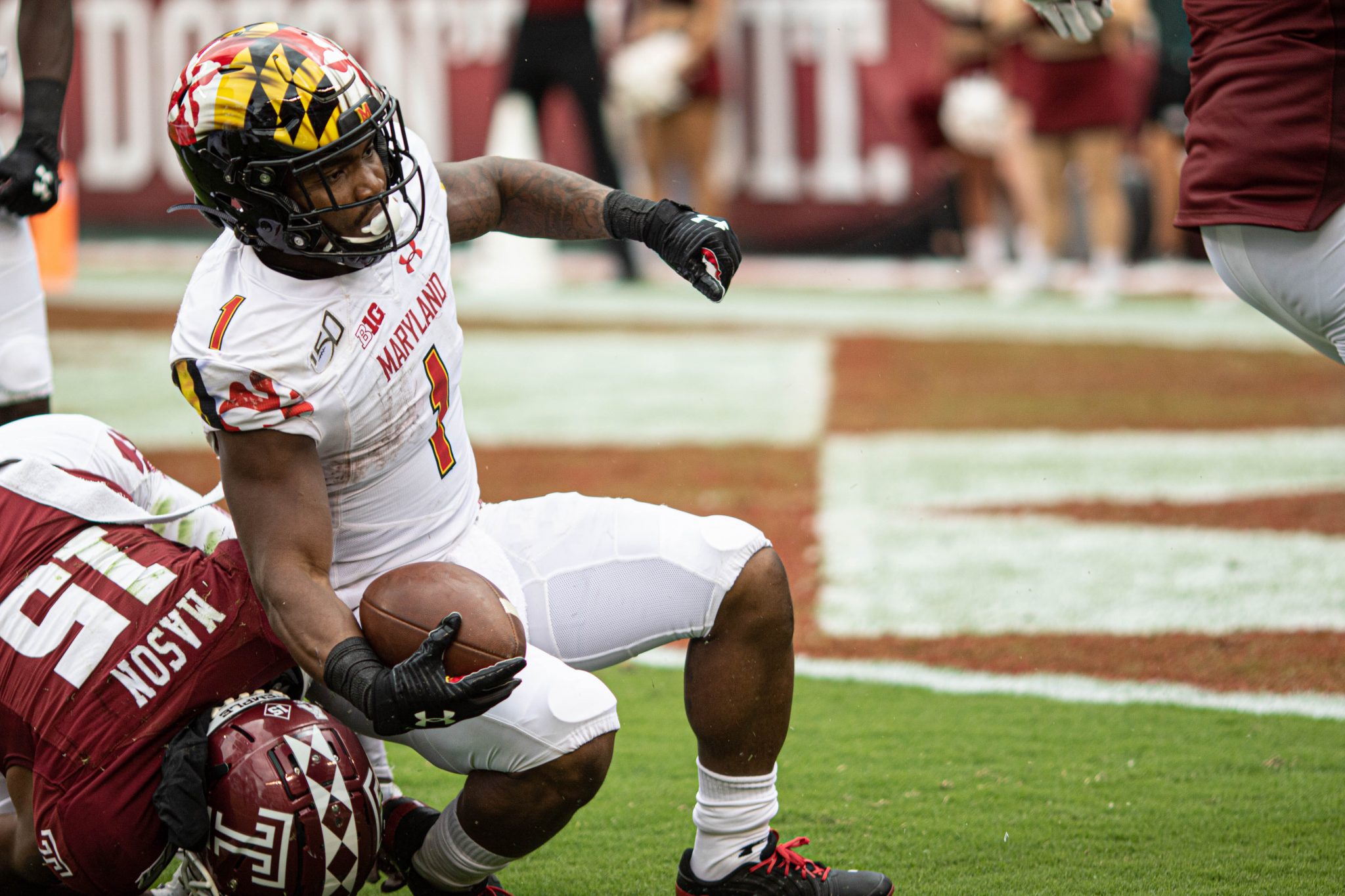 Former Maryland wide receiver DJ Turner is tackled near the goal line during the Terps’ 20-17 loss to Temple on Sept. 14, 2019. (Julia Nikhinson/The Diamondback)

Turner entered the transfer portal Aug. 21, after the Big Ten postponed fall sports, raising questions about player eligibility, scheduling and safety protocols. The redshirt senior’s decision to enter the portal was the first major move in roster changes driven by the uncertainty of the season.

In four seasons with the Terps, Turner notched 294 yards and one receiving touchdown while also returning a punt for a score in 2019. Though he played sporadically his first three seasons in College Park, Turner saw increased minutes as one of Maryland’s top offensive targets last year.

He averaged 21 yards per catch in addition to being one of the team’s kick returners, and he looked poised to have a breakout campaign. But a DUI charge in late September ground his season to a halt, and he redshirted the rest of the year.

Turner would have been one of the Terps’ top returning wideouts in 2020, but he will now get a chance to showcase his explosiveness with the Panthers. Maryland retains wide receiver depth, though, with Dontay Demus, Brian Cobbs, Jeshaun Jones and five-star freshman Rakim Jarrett seeking to fill the void.

So far, Turner is the only Terp to bolt for a league that is playing this fall, but more changes may be on the horizon. Now, it’s a matter of adapting for head coach Mike Locksley and his team, something they are all too familiar with this year.