Review: ‘Chemical Hearts’ suffers from cliches as a coming-of-age tale 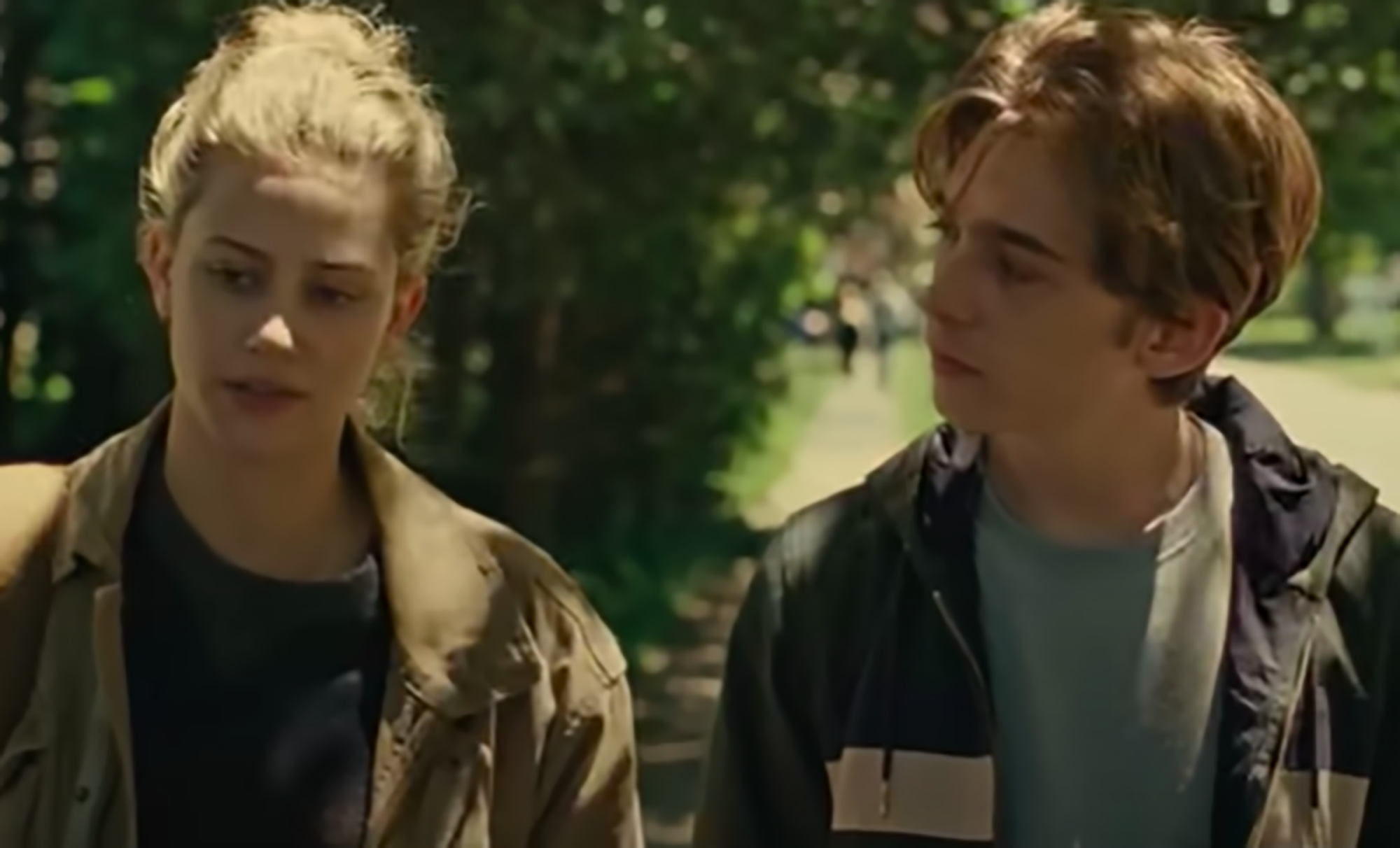 Teen coming-of-age dramas are my favorite type of films: They’re the movies that best represent what it’s like to be a teenager in high school and experience a moving transformation. Chemical Hearts accomplishes this, somewhat.

Based on a 2016 novel by Krystal Sutherland, the story follows Henry Page (Austin Abrams), a hopeless romantic in his final year of high school who falls in love with the aloof new student Grace Town (Lili Reinhart). After they become the co-editors-in-chief of their school newspaper, he grows more interested in her, but soon discovers there’s more to the picture.

“If it’s different than your average teen movie, it’s only because it’s ever trying to be itself,” director Richard Tanne recently said about the movie.

While I understand where he’s coming from, Chemical Hearts is not the anti-YA movie he makes it out to be — the movie is riddled with cliche moments. For example, in the opening sequence, Henry says, “You’re never more alive than when you’re a teenager,” which made me roll my eyes into infinity.

In trying to be Not Like Other Coming Of Age Films, Chemical Hearts feels like the personification of the subreddit r/im14andthisisdeep. When Grace explains how she got her disability, she ends it by looking up at the sky and saying — seriously — “people are just the ashes of dead stars.”

[In honor of ‘Midnight Sun,’ here are the best songs from the ‘Twilight’ movies]

But the movie does deserve some praise for taking the road somewhat less traveled by including heartbreak and trauma, especially because it’s not at the expense of the believability of the film. Abrams and Reinhart portray the characters well, but Abrams takes it the extra step. His gauche-but-still-cool demeanor betrays the typical awkward protagonist and is someone many high school students relate to.

Although Henry isn’t the most popular kid at school, he still goes to parties and has a close group of core friends. Despite his beginning monologue painting him as an uncool loser because he only has two friends and nothing remarkable has ever happened in his life, he’s still cool enough to be smoking someone else’s weed and to get invited to a party in the first place.

Grace falls victim to the cliches more often. Her natural demeanor is standoffish and rude and comes off as “I’m so edgy, and I hate everyone.” It makes her uninteresting and unlikeable, at least until she later opens up and becomes more of a person and less of a caricature.

Amid the faux-deepness there are some great moments, like the climactic argument between Henry and Grace in her bedroom toward the end of the film. It’s not afraid to be dark and talk about trauma, which is laudable.

The movie’s production also adds to the movie’s rawness. The cinematography is authentic, with smooth, moving shots of the beautiful setting in New Jersey. Shot on 35mm film, the movie’s filming took place over only 25 days, which is a huge feat.

The color grading of the film is somewhat dark, and the film plays with lighting a lot with settings, like when Grace and Henry go to her secret spot, an abandoned factory with a fish pond.

And because Henry listens to Beach House and Perfume Genius, the movie’s soundtrack is mostly dark alternative pop, which is a nice complement to the dark, brooding atmosphere. The best moments are when Henry and Grace, either together or on their own, talk about tragedies they’ve gone through.

Chemical Hearts isn’t a terrible film, but it’s also not as revolutionary as it paints itself to be. Diversity is sparse, except for a romantic subplot involving one of Henry’s friends that feels less important and more like they were trying to meet some diversity quota.

But the fact the movie abandoned the typical “happy ending” in turn for a more realistic one that lacks closure and clarity is admirable, and something I hope future films in this genre take on.

If you’re in the mood for a coming-of-age film with a dark twist, then watch Chemical Hearts on Amazon Prime. When both characters open up and dig past their cliches, the film shines and stands out from the rest through being authentic, which is what this genre is all about.