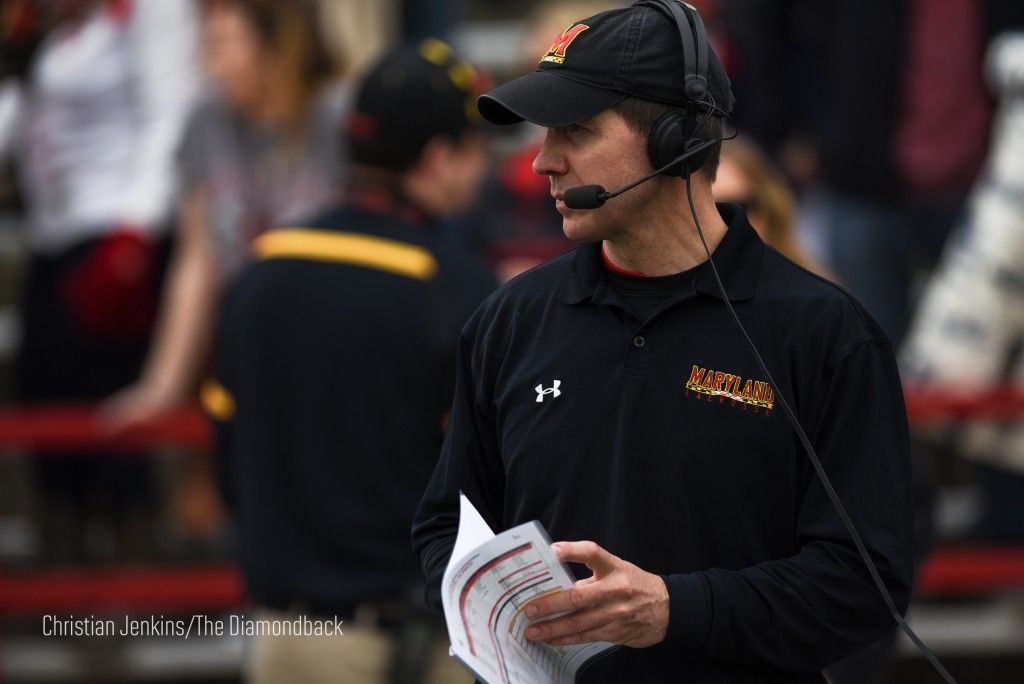 During his eighth grade year, Dante Trader Jr. played in a lacrosse tournament on the University of Maryland’s campus. Trader was given an unofficial tour around campus by Isaiah Davis-Allen, a defensive midfielder at the time for the Terps, and fell in love.

Four years later, Trader is committed to play lacrosse for coach John Tillman’s squad, fulfilling one childhood dream. He signed on to join Maryland football last November as well, realizing another dream in the process — as a two-sport collegiate athlete.

Trader currently attends the McDonogh School, transferring from Delmar Senior High School in Delaware prior to his junior year of high school. The transfer revolved around lacrosse, with Trader wanting to play in a more competitive division and improve his game before attending college.

The move paid off, with Trader committing to play lacrosse for the Terps in September 2019. Just as soon as he tore up the uber-competitive Maryland Interscholastic Athletic Association, Trader began making waves on the gridiron as well, eventually earning an offer as a defensive back, too.

Proud to announce that I am Verbally Committed to the University of Maryland 🐢. All the glory goes to god 🙏🏾❤️. Never would I have of thought 8 years ago I would be the 5th ranked player in the country and Committed to Maryland 💪🏽 @tyxanders @Inside_Lacrosse @MADLAX1 pic.twitter.com/M3Urly2wr7

One of the hardest aspects of being a two-sport athlete is balancing the training load between the sports.

“The time where it’s the hardest is when I’m not in either season,” Trader said. “You have to start off and one day do one sport, the next day do the other, or do both in one day. In the summer I’d wake up and train for lacrosse, maybe hit the wall or do some shots, and then in the afternoon do football, doing DB drills, all while managing lifting.”

However, playing multiple sports does come with benefits. Trader feels that playing football has made him a better lacrosse player, and vice versa. The two sports draw on many of the same qualities — namely toughness and endurance, Trader says.

On the lacrosse field, Trader is a do-it-all midfielder. He spends a lot of time supporting attacking play, but also always gets back to help defend.

Similarly, Trader is a two-way football player. He lined up both as a wide receiver and a defensive back with McDonogh last season, but was recruited to play defensive back at Maryland. On the football field, Trader likes to use his football IQ to help him make plays, spending a lot of time studying the opposition.

“I’m a really smart safety who makes plays on the ball,” Trader said. “I try and use my raw talent, and play fast. I like to use my brain to make good plays. A lot of guys use their bodies and what they see on the field, but I use from watching film and pre-snap reads, all that stuff. I use a lot of brain to help me make plays.”

I didn’t start this journey by myself, my friends and I dreamed big and not many still are going after it. I'm taking one step at a time but I'm coming 😤💯 #2sport pic.twitter.com/kj8ZpZR09D

Making the decision to attend Maryland was one that didn’t require much thought for Trader. Ever since that lacrosse tournament in eighth grade, he knew he wanted to wear the white-and-red of Maryland.

That passion continued to burn brightly throughout Trader’s high school years — even despite NCAA regulations limiting contact between Trader and the Terps’ coaching staff in his freshman and sophomore years.

Trader committed on September 6 of his junior year, five days after coaches could contact him. Just a few months later, he committed to play football for the Terps.

“I blew up in the season, and Maryland started calling me,” Trader said. “They knew I was committed for lacrosse, but they wanted me for football. And then coach Locksley called me one day, he said ‘I just want to let you know that you are officially committed for two sports at the University of Maryland.”