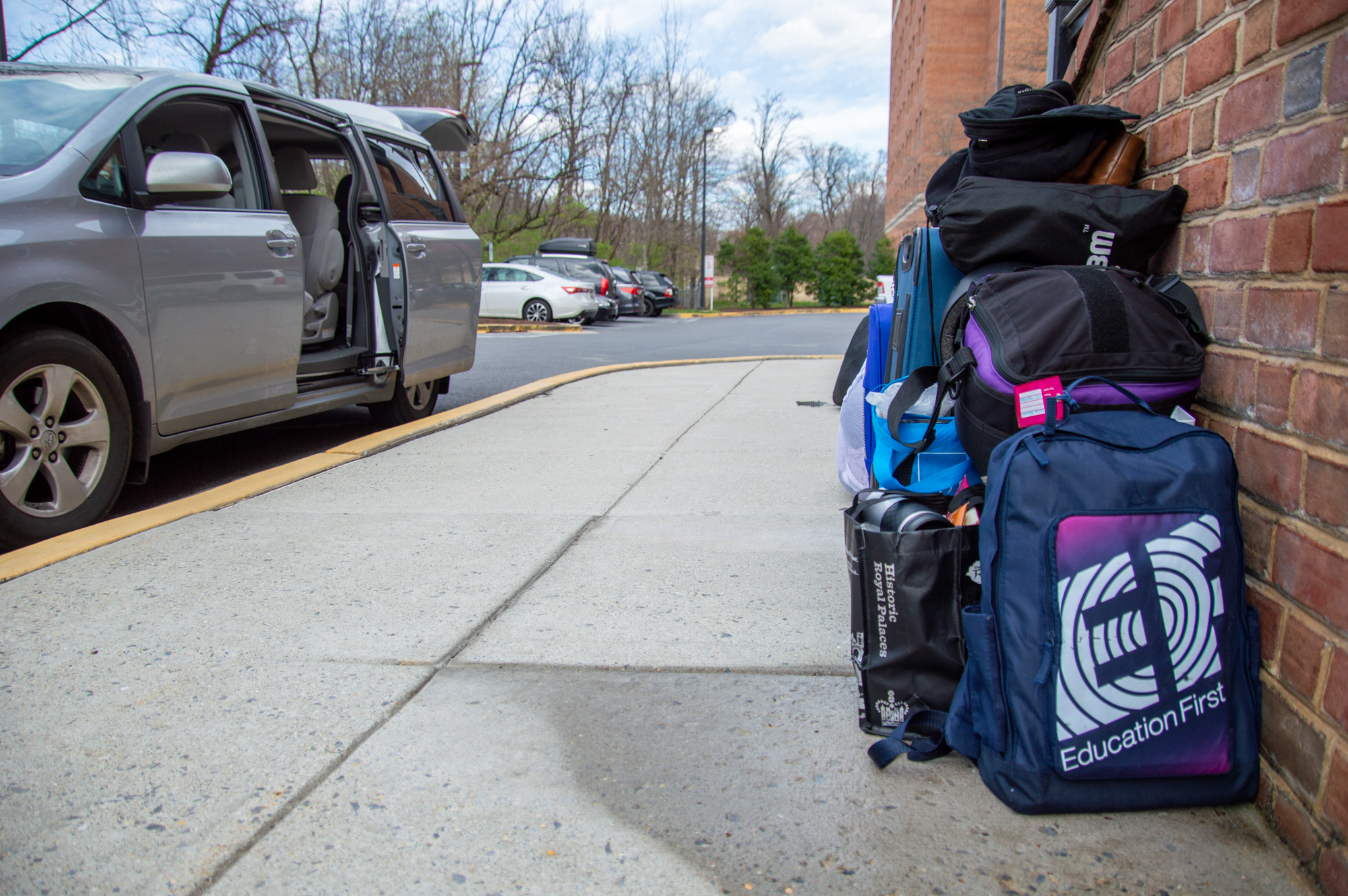 As students move out of dorms on March 13, a pile of suitcases sits outside of Easton Hall ready return home. (Joe Ryan/The Diamondback)

In an email sent Wednesday, the University of Maryland’s Department of Resident Life announced a new plan for the spring semester’s dorm move-out, following guidance from the state.

Move-out will take place between May 23 and June 7 by appointment only. Students can choose from three move-out options. Residents can schedule an appointment online to move out themselves; have a proxy, like a family member or a friend, help on their behalf; or enlist a contractor, at their own expense, to pack and ship their belongings for them.

The move-out appointment blocks will take place from 7:00 a.m. to 9:30 p.m., according to the department’s website.

The procedures are designed to “significantly limit the number of people” that can be in a given dorm at one time, according to the email.

Students are encouraged to coordinate with their roommates and bring no more than two people to assist them, ensuring that no more than 10 students are in the building at the same time. All individuals are required to wear face masks and buildings with elevators will only allow one family in the elevator car at a time.

A list of authorized moving companies will be available by May 19 for those who choose the third move-out option, according to the email. The packing and shipping process will take place for them between June 8 and 15, after students and families have completed their move-out.

Resident Life initially set the move-out timeline from March 23 to April 5, before extending the deadline to May 15 after students raised concerns about the safety and feasibility of returning to College Park by that time. This plan was postponed indefinitely, however, after Maryland Gov. Larry Hogan ordered a statewide shelter-in-place order.

The new move-out plan comes after other schools in the Maryland area, such as the University of Maryland, Baltimore County, allowed their students to begin their move-out process earlier this month.