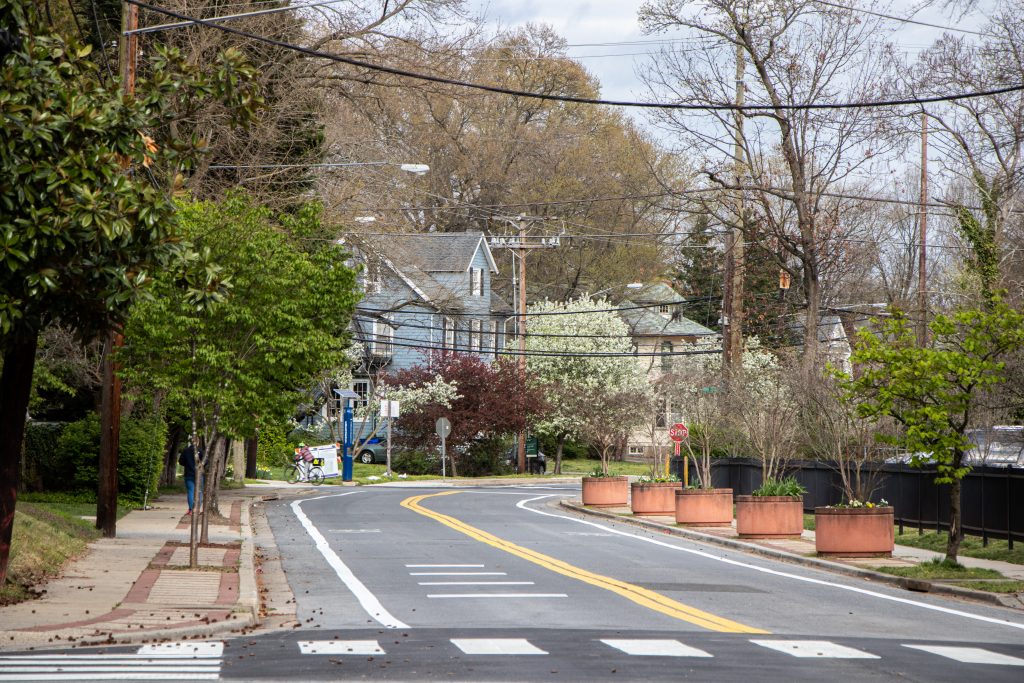 By Sydney Bullock
For The Diamondback

The truck, which is owned by a restaurant native to the District, spurred excitement among many residents.

Rusty Rowley, a College Park resident, said he’s been trying to support local businesses affected by the coronavirus pandemic, and when he heard of the truck’s presence in his neighborhood, he saw an opportunity to do just that.

During the truck’s last visit to the area, he bought one of each sandwich it offered — and he wasn’t disappointed.

“It was honestly one of the best pork sandwiches I’ve ever eaten,” Rowley said. “Especially in these current times, I wanted to support a local business that doesn’t have the business they usually have right now.”

Each sandwich was made with fresh ingredients and seasoned well, said Rowley, adding that when the truck returns to College Park, he will definitely be stopping by.

Dirty South Deli, which began operating a food truck in 2014, is primarily located in a cafe at the National Museum of Women in the Arts, said Jason Tipton, co-owner of the restaurant.

The restaurant decided to send the food truck to College Park, Tipton said, because a friend who lives in the Berwyn district offered to host the truck in his driveway.

Since the beginning of the pandemic, Tipton said, the truck has been helpful in maintaining steady business for the restaurant, as it allows the company to access customers outside of their main location.

“We used to sell food to people where they were eating lunch, which was where they work downtown,” Tipton said. “Since people are no longer working downtown, we’ve followed them home.”

To abide by social distancing guidelines, the restaurant asks customers to submit orders for the food truck online. After an order is complete, a 30-minute window is assigned for pick-up.

The restaurant reaches out to people living in surrounding areas through platforms such as Facebook and NextDoor — a website that allows for communication among residents of specific communities, Tipton said.

Ryan Hess, another city resident, said he had eaten from Dirty South Deli before, but when the truck came to his neighborhood, he and his wife couldn’t resist a brisket sandwich called the “David McCall.”

“It was top notch,” Hess said. “I got exactly what I wanted.”

According to Tipton, the truck is set to return to College Park next week — it’s currently scheduled for May 14 — and it’s ready to feed many more hungry residents.