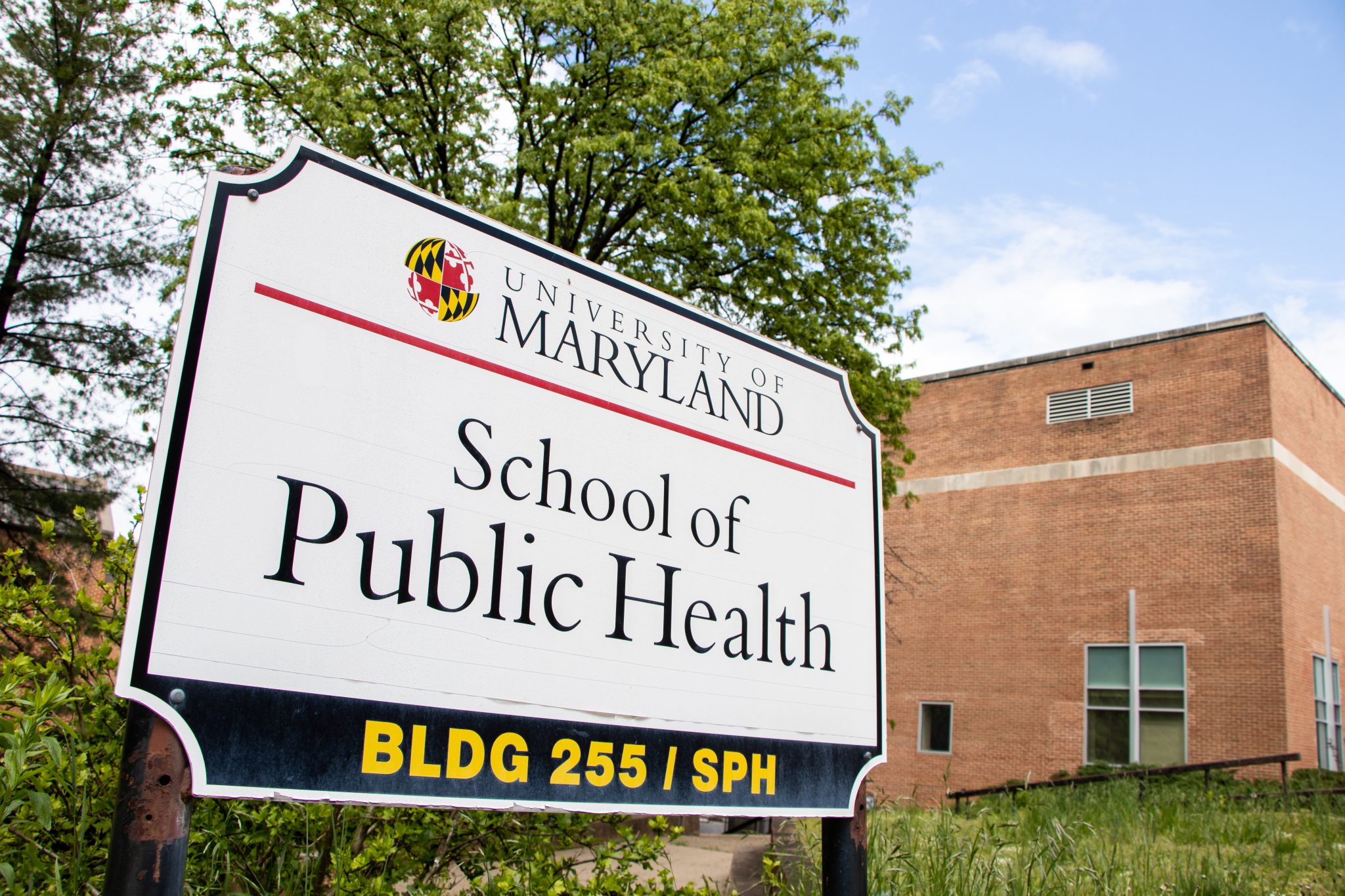 The School of Public Health building on May 6, 2020. (Julia Nikhinson/The Diamondback)

Normally, at The Shop Spa in Hyattsville, lawyers and garbage men alike bustle in for haircuts and friendly conversation. Some don’t even get haircuts, said barber Mike Brown — they just want to talk. Kids come in to get their hair cut, and years later, they bring their own kids in.

But when customers are in Brown’s chair, they get a little extra — they get medical advice. He is a part of a University of Maryland initiative that trains workers in black barbershops and beauty salons to be health advocates for their customers. The program focuses specifically on these institutions because they’re often trusted in communities that grapple with deep-rooted mistrust of the medical profession.

“Your barber is more than just a barber. He’s a marriage counselor. He’s a fashion consultant. And now he’s a health advocate,” Brown said.

Now that the coronavirus pandemic has hit and closed down the shop, Brown is finding it hard to stay positive. A lifelong friend of his recently battled the coronavirus for two weeks, and although they recovered, the friend’s uncle did not. He also just got word that another one of his friends caught the virus and died.

Even without the novel coronavirus pandemic, black Americans have long faced a wide gap in health outcomes. They die at higher rates than white Americans from HIV/AIDS, stroke and asthma. Black people are both more likely to get and to die from diabetes and heart disease — conditions that are linked to more severe cases of COVID-19.

Many public health experts were not surprised, then, when states began to release data showing black people made up a disproportionate number of both coronavirus cases and deaths. Professors at this university weighed in on why the pandemic’s toll on black Marylanders is so telling of racial and ethnic health disparities around the country.

Sandra Quinn, a professor in the public health school, said there are a number of factors behind the discrepancies. As of Tuesday, black Marylanders account for over 40 percent of the state’s cases and its deaths — despite representing only about 31 percent of Maryland’s population, according to census data.

During a panel discussion on health disparities hosted by the school at the end of April, she said this disproportionate effect was driven by poverty levels, lack of access to high-quality fresh food and low government investment in public education.

These problems can compound each other, she said, as the most vulnerable people are often the most exposed to the pandemic because they cannot afford to stay home.

“If you have been one of those people that that did not have the advantage of the education that all of us have had,” she said, referring to her fellow panelists, “then you are likely to be that worker who doesn’t have sick leave, whose job can only be done in the workplace.”

Congress has taken steps to support people who are unemployed because they are considered non-essential workers. At the end of March, legislators passed a small business loan program designed to encourage employers to keep workers on payroll. It was re-upped in April after it ran out of funds.

But for Brown, who works independently and takes home what he makes each day in his pocket, the legislation doesn’t help.

Brown contrasted the United States with Canada, where residents can rely on a publicly funded health care system. People in this country have been left to fend for themselves, he said. He doesn’t have much hope it will change.

“Some changes are going to have to be made that I just don’t think this country will ever do,” Brown said.

Stephen Thomas, the public health school professor behind the barbershop program, said that leaving public health infrastructure as is could be disastrous.

“If we don’t fix this, we could literally destroy our society. The social contract between our government and the people is being rewritten right now,” he said.

Thomas said he has spent the last 25 years “sending up flares” about racial and ethnic health disparities. He said that when conditions like diabetes and hypertension were the kind of problems these communities were dealing with, few paid attention.

“It stays in these racially segregated neighborhoods, and you can’t get it by shaking hands when the person comes to clean your house,” Thomas said.

[Read more: Maryland Gov. Hogan details plan to reopen state — a process that could start as soon as May]

That isn’t the case with the coronavirus, he said, and he’s noticed the difference, pointing to a front-page story in The Washington Post with a photo of a black barbershop splashed above the fold.

Now, Thomas said, people can no longer afford to ignore the disproportionate toll on minority communities.

Michel Boudreaux, another professor at the public health school, has been working with other faculty to assist the state — as well as county governments — in making informed policy decisions. He has primarily been modeling projections of hospitalization rates.

Boudreaux said that while the exact causes of disparate health outcomes might be unknown, the disparities themselves are significant.

“That’s racism. There’s just no other explanation for it,” he said.

Boudreaux said steps must be taken immediately and in the long term “to remediate centuries of racist policy.” Gathering ethnic and race data for COVID-19 cases is a good first step, he said, but legislators and executive branches of government will need more still. For example, he said, data should also be collected about who is being tested.

Thomas said there are already solutions — even legislative ones — on the table. He referenced a “health in all policies” bill that never made it through the Maryland General Assembly. That bill would establish a “public health framework” through which policymakers would work together to “improve health outcomes and reduce health inequities.”

The problems in this state have been known for so long and so thoroughly documented, Thomas said, that the differences in life expectancy between locales has been mapped down to the metro line. But data is not what Maryland needs most right now.

“We’re swimming in data,” he said. “What we really need, my friend, is to care.” 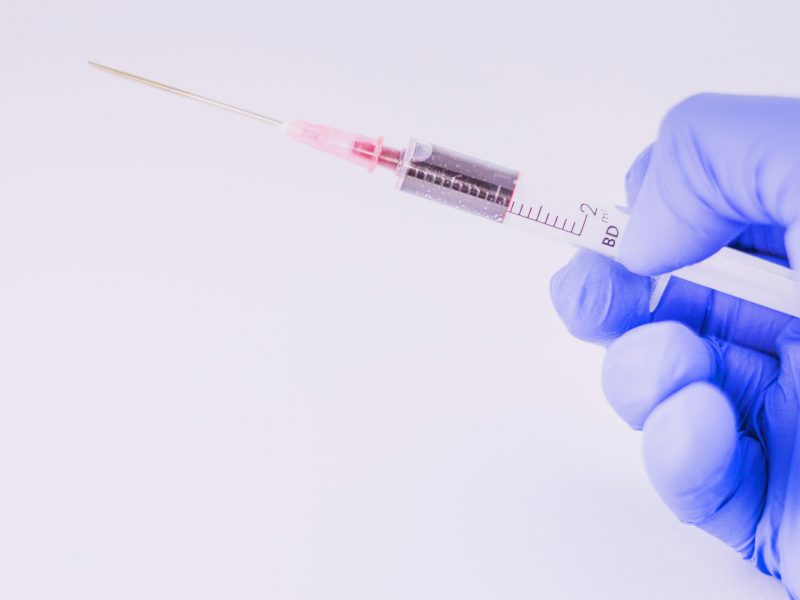