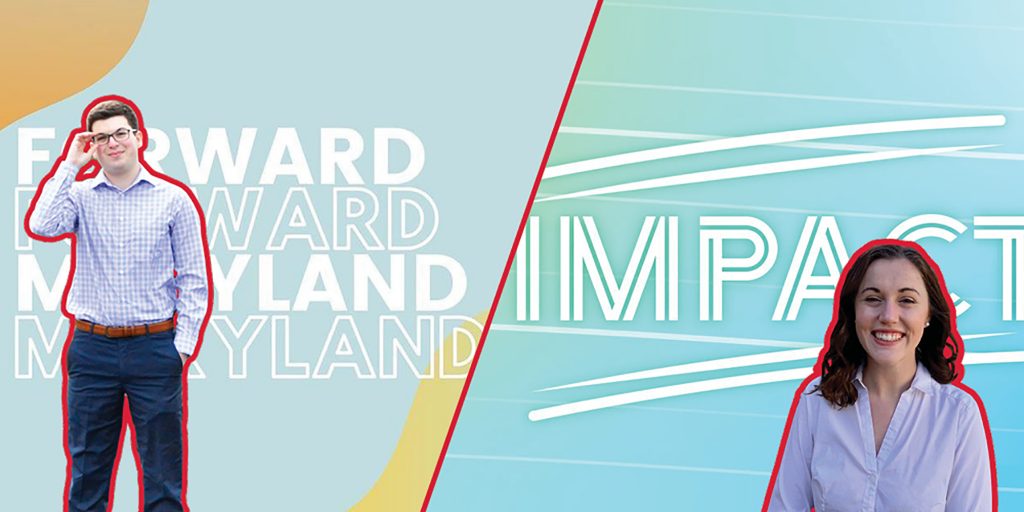 In the final campaign violations tally the SGA’s elections commission posted Sunday morning, Forward Maryland — the party that ended up sweeping the election — teetered just 25 points away from disqualification.

The party was handed 50 points for an omission from its financial report and 25 points for campaign posts that lacked election dates. To be disqualified, the party would have had to accrue 100 or more points in violations, according to SGA election rules.

However, the party came close to receiving another violation Sunday morning — which would have likely resulted in an additional 25 point fine and disqualification, said Jonathan Frank, the governance board’s chief justice.

If Forward Maryland had been disqualified, candidates running on the ImpactUMD ticket would have been elected, even in races where a Forward Maryland candidate received the most votes, head elections commissioner Dan Laffin wrote in a text message.

In a statement provided by Forward Maryland chair Elena LeVan, the party described the complaints lodged against it as “an unfortunate, last minute attempt to unfairly influence the election results.”

“In the end, the students spoke, and they believe in the leadership of Forward Maryland,” the statement read. “We are looking forward to a year of great leadership and change, and we’re ready to work to move Maryland forward.”

ImpactUMD presidential candidate Kelly Sherman, however, disputed Forward Maryland’s characterization of the motivation behind the complaints.

“Our intentions were not to disqualify the other ticket. We were just reporting different violations that we saw as they happened,” she said. “We’re really just happy we were able to run a clean and fair campaign.”

Earlier this week, ImpactUMD also came within 25 points of being disqualified. However, the governance board heard appeals on two of the party’s violations, and it finished with 48 points.

[Read more: The Diamondback’s coverage of the 2020 UMD SGA elections]

The appeal against Forward Maryland centered around posts made supporting the party on three social media platforms: TikTok, Instagram and Twitter.

Under the body’s election rules, all promotional materials used in campaigning must include the phrase “SGA Elections” or “Student Government Association Elections” as well as the election dates. However, according to governance board documents, various posts Forward Maryland and its ticket affiliates made on social media did not include this information.

The elections commission originally concluded that none of these posts warranted points violations, but ImpactUMD appealed its decision to the governance board — the first time, Frank said, a ticket had appealed a decision that had been made regarding a different ticket’s actions.

Ultimately, all five justices serving on the board agreed that the TikTok video Forward Maryland had reposted from its official account violated election rules — and that posts ticket affiliates had made on their individual Instagram stories did not.

Three justices — a majority — ultimately voted that the tweets did not violate election rules, since the required information had eventually been included along with the “promotional materials.”

Meanwhile, two associate justices — Bryce Kowalczyk and Yesica Ventura — voted that the tweets did constitute a violation. Kowalczyk authored a long dissenting opinion, spelling out the torment his position had caused him. He had heard of the case at around 11 p.m. Saturday, he wrote, and had laid awake in bed, pondering his decision until the early hours of the morning.

He understood it would be a “grave injustice” for Forward Maryland to be thrown out of the election for neglecting to include art supplies in its financial report and “slipping up on a tiny requirement on inconsequential media posts.” But he struggled to come up with an alternative solution that upheld his “moral philosophy” and the rules.

“[A]s my mother says, you’ve made your bed, now lie in it,” Kowalczyk wrote. “Unfortunately, for me, I never got the chance to make my bed, instead, I lay in a bed with sheets tucked in so extensively, I find no room to breathe.”

LeVan, speaking on behalf of Forward Maryland, expressed disappointment in the complaints ImpactUMD had raised about the party.

Additionally, LeVan said, ImpactUMD candidates had also excluded election dates on some of its social media posts — posts, she said, the party had later hidden.

Furthermore, the statement LeVan provided read that ImpactUMD had displayed a “pattern of targeted behavior and harassment” against Forward Maryland candidates throughout the campaign. This behavior had been why ImpactUMD had been given 18 points in rule violations for “campaigning with falsities,” she said.

Sherman, however, ardently denied that anyone on her party’s ticket had displayed such behavior. ImpactUMD had explicitly directed its candidates and supporters not to mention the other ticket while campaigning, she said.

“We really just want to focus on bringing the positives, and if you don’t have anything nice to say, don’t say it,” she said.

Additionally, Sherman said she doesn’t run the party’s social media, and wasn’t aware the TikTok LeVan had mentioned had been deleted. Also, the props that had been used in the TikTok — a dog, a jar of mayo — hadn’t been used to explicitly spell out a party slogan, like Forward Maryland’s had, Sherman said.

She also said that if ImpactUMD had made a post on social media that excluded the election dates, the party had quickly adjusted the post so as to not be in violation of the rules.

Her party is dedicated to helping the campus, Sherman said — it’s not focused on “small details or issues or trying to disqualify any other candidates.”

“We are all here to make the campus a better place,” she said. “I’m looking forward to seeing all the great change Forward Maryland and Impact all make together next year.”