Some College Park hotels are issuing refunds after commencement cancellation 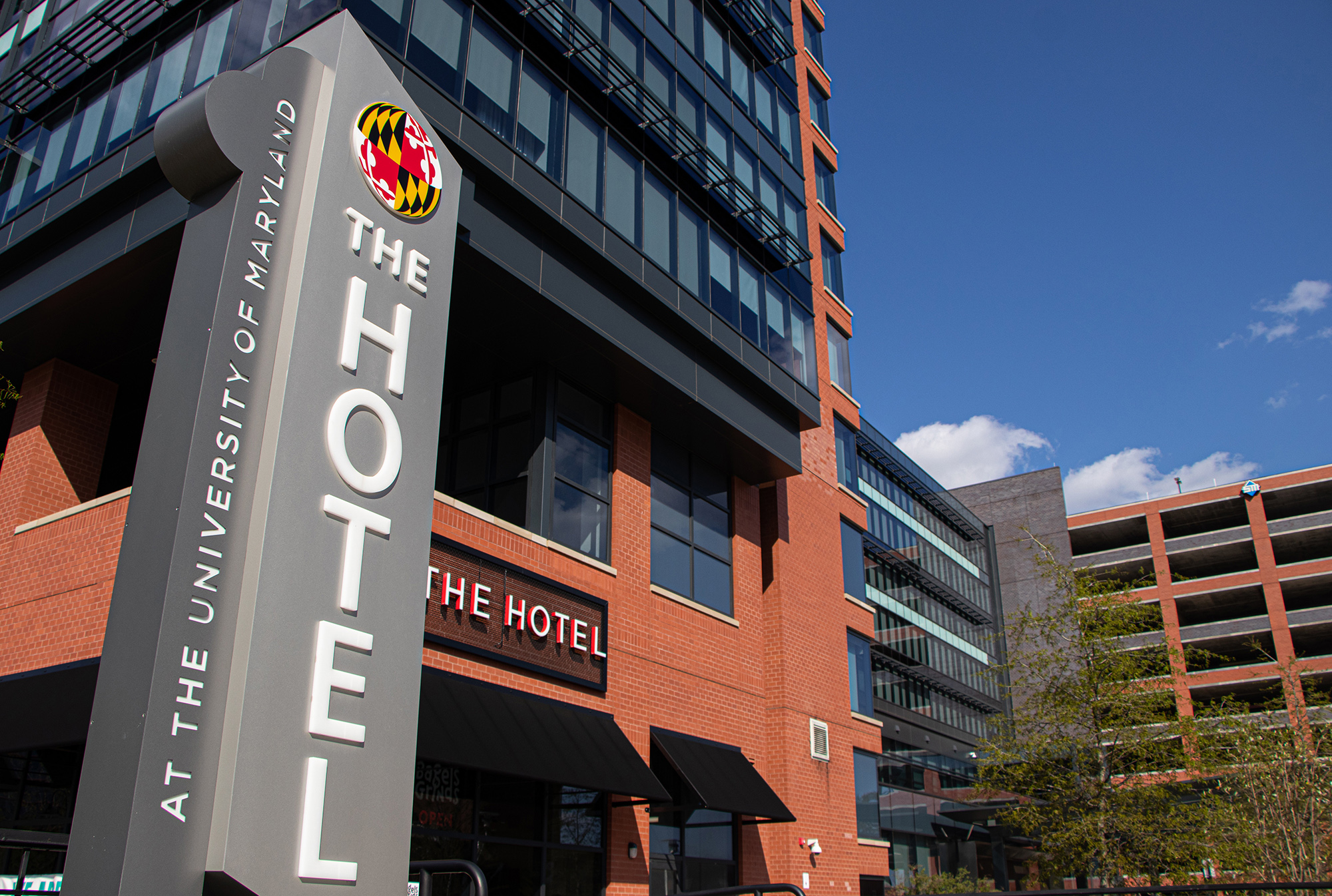 The Hotel at The University of Maryland. (Julia Nikhinson/The Diamondback)

By Anaya Truss-Williams
For The Diamondback

Since the University of Maryland canceled in-person commencement March 19, local hotels have felt the impacts firsthand amid the coronavirus pandemic.

The Hotel at the University of Maryland, which is located near the campus, is among several establishments in the area issuing refunds for prepaid reservations or shifting dates for customers.

Wyndham Hotels & Resorts – which owns hotels in College Park, such as the Days Inn and Super 8 – has committed to waiving cancellation fees contingent on the hotel’s policy, according to an April 14 news release.

The Holiday Inn Washington-College Park has remained open, but has seen a decline in bookings and occupancy, said Jonelle Jacobs, the sales director on property.

“Worldwide, hotels are seeing a huge decline in guest stays, specifically groups that would have been here originally that no longer can travel because of the restrictions and the mandates that are in place,” Jacobs said.

[Read more: The Hotel lays off 150 workers amid coronavirus shutdown]

Some people had booked stays at the Holiday Inn as far as a year in advance of the commencement, Jacobs said. As long as cancellations are made 72 hours before the reservation, Jacobs said, a refund will be issued.

Last week, hotel occupancy levels in the United States dropped over 65 percent compared to the same week in 2019, according to statistics from a global hospitality research company.

The Hotel, which is owned by Southern Management Corporation, closed in mid-March and laid off 150 employees.

“We’ve been able to find some work for a number of our team members, but the goal is to open up as soon as we possibly can, when it’s safe to do so,” said Jeff Brainard, the vice president of sales and marketing for the corporation’s hospitality division.

The Hotel usually runs about 80 to 83 percent occupancy in May, compared to just over 70 percent during the remainder of the year, Brainard said.

My-Asia Chaplin, an individual studies major from Elizabeth, New Jersey, anticipated the commencement’s cancellation after she learned other nearby universities had done the same. Chaplin’s family was also worried spring commencement wouldn’t happen, so they didn’t book a hotel.

She is among other graduating students who say they are not in favor of a virtual ceremony.

“I think that’s a slap in the face,” Chaplin said. “I think that we can have a formal, traditional celebration once the CDC and the government allows for us to do so.”

Aside from graduation, spring sporting events and campus tours for incoming freshmen normally bring big crowds to the campus and hotels, Brainard said, so the cancellation of many other events will also negatively impact area hotels.

“Spring is a very busy time,” Brainard said. “March, April, May, June represent the four busiest months of the year typically, so it’s a significant hit.”