In light of the coronavirus, we need to crack down on disinformation 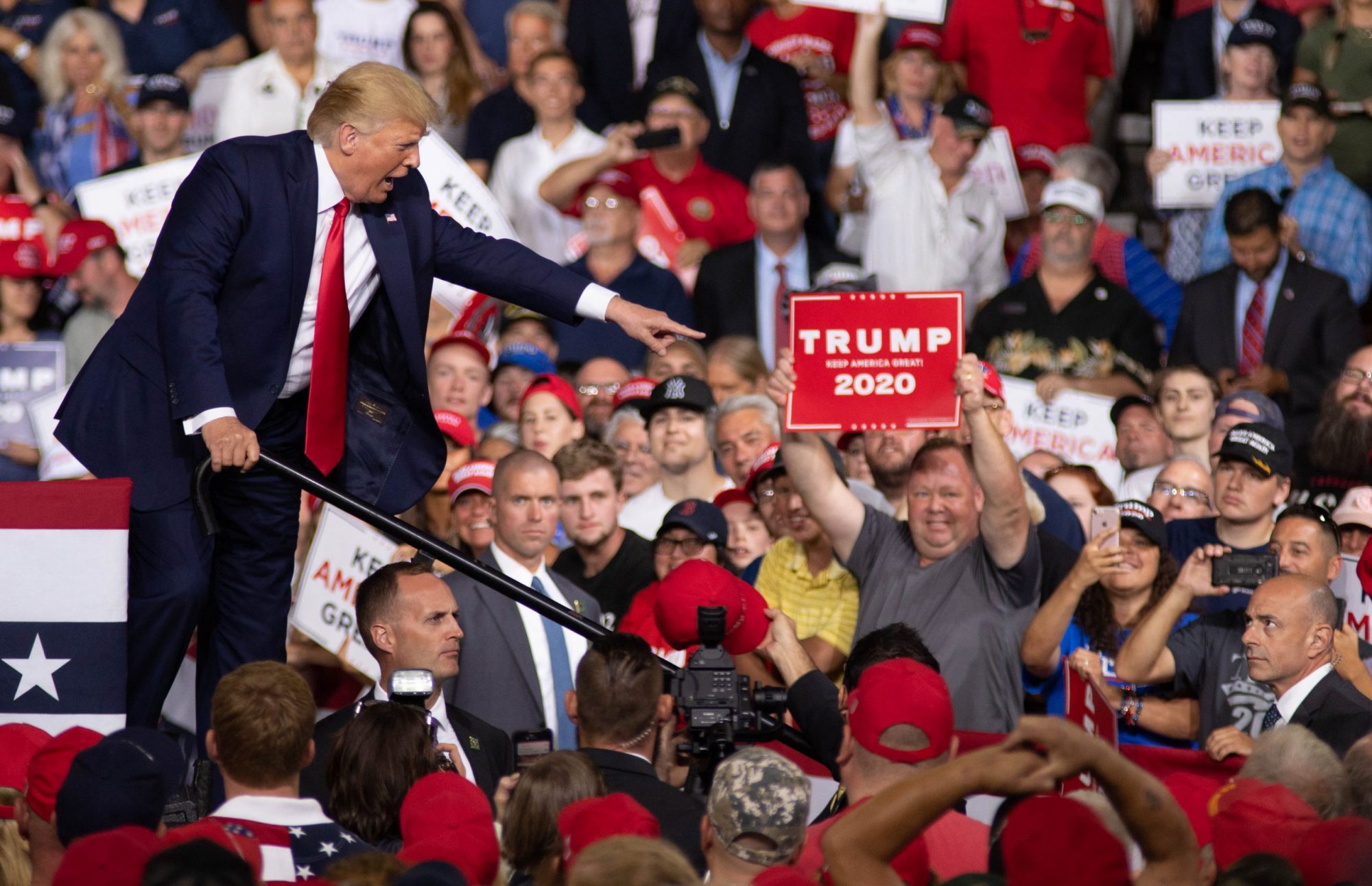 President Donald Trump greets supporters at a rally in Manchester, NH. on Aug. 15, 2019. Trump has contradicted health experts while speaking about the benefits of a possible COVID-19 treatment. (Julia Nikhinson/The Diamondback)

A few weeks ago, I was browsing Instagram stories when I accidentally stumbled upon a conspiracy theory linking 5G networks to the spread of coronavirus. The account had typed out a crude synopsis of the current “facts” and left a link to a shady YouTube video explaining the theory in further detail. I went online and found out that this theory was rapidly permeating online — more than half a million followers have joined Facebook communities perpetuating this conspiracy in the last few weeks, and some celebrities have even mentioned it on their social media accounts.

This is unacceptable. We are in the midst of an unprecedented health crisis — and our efforts to impede the spread of the coronavirus depend to a large degree on how the general population responds to it. The last thing we need is disinformation conflicting with the directives of experts and public health officials. While warnings and links that redirect users to trustworthy sources can deter the spread of false information, there must be more stringent regulation to reflect the severity of our current emergency.

COVID-19 has plunged the world into all sorts of crises, and the unique sociopolitical climate that we live in is a breeding ground for public paranoia and fake reports. The economy is plummeting, hospitals are overflowing with patients and much of the general population is facing quarantine for a seemingly indefinite period of time. During these times of uncertainty and chaos, people are naturally trying to latch on to something to ease their anxiety. Whether it’s a “promising” medication they saw on WeChat or information falsely undermining the disease’s fatality, the internet is overloaded with theories that defy logic but appeal to our emotions.

As coronavirus conspiracy theories reach new levels of prominence, they can lead to wildly irrational behavior. The most apparent example is the theory linking 5G communication towers to the coronavirus. In the last month, there have been over 30 “acts of arson and vandalism against wireless towers and other telecom gear” across Britain, and many telecom workers have been harassed as well. Considering this conspiracy essentially incited multiple acts of domestic terrorism and will likely continue to do so under the threat of the coronavirus, it’s ludicrous that we still allow it to proliferate on the internet.

While YouTube and other companies have taken initiative to aggressively tackle false news, more can be done. On Facebook, for example, a sizable portion of false news online still remains untouched or insufficiently vetted. This means algorithms need to be refined in order to more efficiently and authoritatively remove false information. Companies should also impose consequences to reflect a no-tolerance policy for any spread of false news, and any sources found liable for consistently breaking these rules should be terminated.

This implies that we must hold accountable everyone who perpetuates false news, even a prominent politician. President Trump recently promoted the use of the drug hydroxychloroquine, which is typically used to treat malaria. After citing inadequate evidence, he asked, “What do you have to lose?”

Not surprisingly, the answer is your life. According to an internal warning from the CIA, this supposedly promising treatment could result in serious side effects, including sudden death. This incident is just one of the many cases in which Trump has publicly contradicted information presented by other government agencies or experts. Even though Trump is our president, his words should still be subject to moderation, and their dissemination on social media should be regulated the same way that false information is.

Aside from these direct consequences, there’s now a heightened possibility for scam artists to take advantage of our increased vulnerability using false news. A few weeks ago, my mom told me she was considering spending $200 on medication that was recommended in a WeChat group she was in. There were various red flags, including that it had to be imported from Canada. My mom, who generally would never be involved with anything like this, was disturbingly close to making a blind purchase due to her paranoia.

We need to realize we’re facing an international emergency that is easily capable of inciting mass hysteria. These conditions will lend an inordinate amount of power to false news and lead to tremendous harm if left unchecked. To aid our fight against the coronavirus, one of the best courses of action is to ensure that the general population stays informed and practices the appropriate precautions while cracking down on the spread of disinformation.