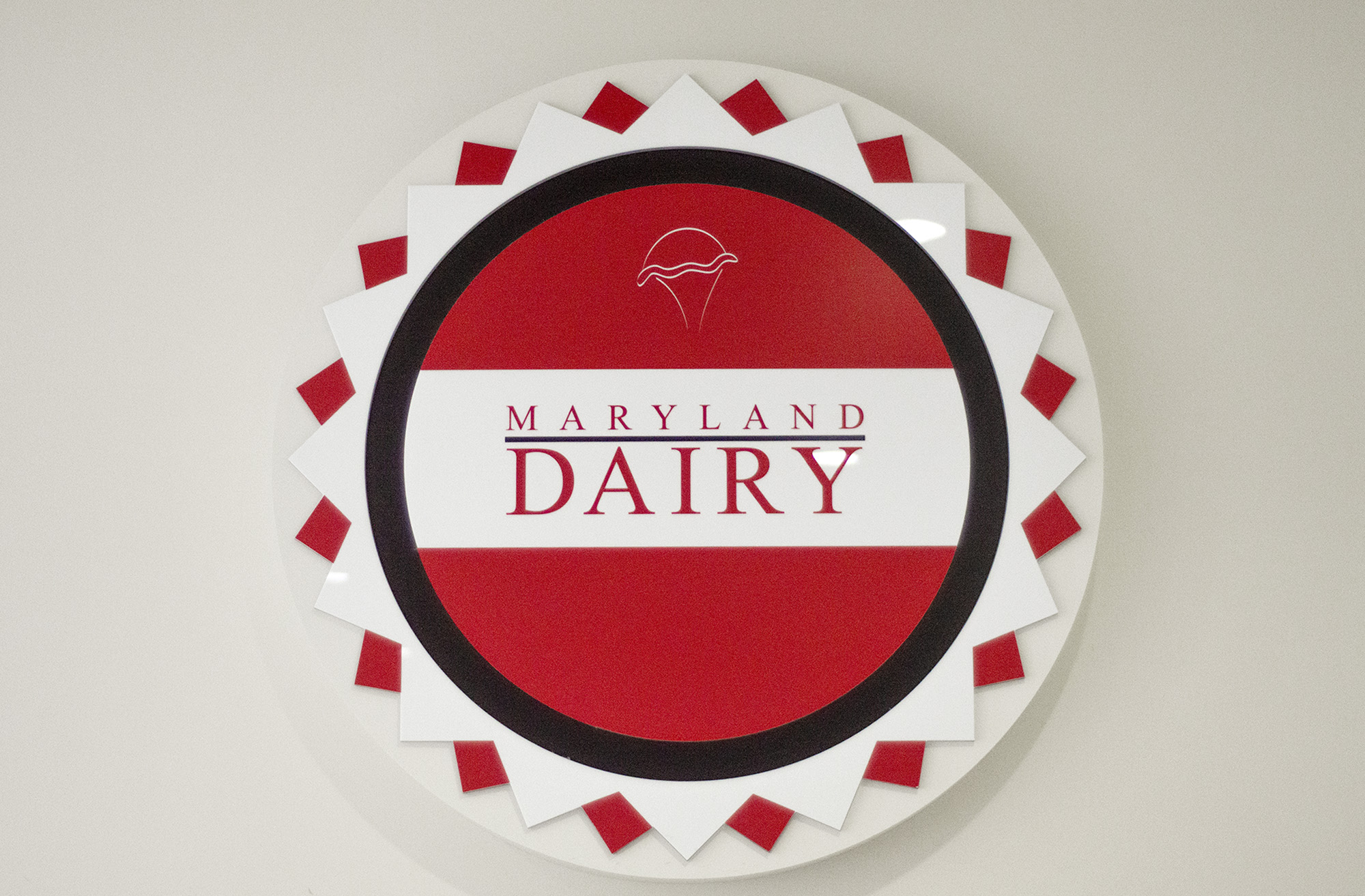 The Dairy re-introduced the flavor VaniLoh, named after University President Wallace Loh, who is set to retire later this year. (Susannah Outhier/The Diamondback)

Stamp Student Union dining manager Dan Robertson described the flavor as a “creamy Tahitian vanilla with a ripe mango courli” — or, swirl. It will make its return to the campus, 10 years since it was first served, right after spring break and will be sold until around June 30; or, until it runs out, Robertson said.

“Dr. Loh has given a lot to the university and we want to give back and be able to pay our respects,” he said.

The ice cream will also be Maryland Day’s featured flavor from the Dairy and will be served throughout the event, scheduled for March 25. It will also be served at many of Loh’s retirement parties, Robertson said.

The ice cream was created when Loh became president of the university back in 2010. It was originally served as a mango puree, but Robertson said it proved to be expensive to produce. So, after a few months, the Dairy added vanilla to its flavor profile.

The process of making a personalized ice cream is almost like a science.

First, the Maryland Dairy presents the person of interest with a brochure to help them build the flavor that will be sold under their name. Out of 10 to 15 options for a base flavor, the selected person chooses one, as well as two toppings and a flavor for the ice cream’s swirl.

After that, the person works with Senior Executive Pastry Chef Jeff Russo to work out which flavors would go well together, Hipple said.

“One of the things we pride ourselves on, especially flavors, [is that] we don’t just throw stuff together and say ‘That’s right,’” Robertson said. “We try to figure out how to incorporate the flavors they like.”

Loh’s inspiration for his personalized ice cream flavor was the trip he took with former Maryland Gov. Martin O’Malley to visit India. Aiming to set up partnerships with other universities, the two went to a lot of lunches and talks — but the only thing Loh said he remembers was how amazing the mangos were.

On the trip back, Loh said he smuggled some mangos home in his suitcase.

[Read More: Leonardtown convenience store will close at the end of the spring semester]

“My favorite fruit is mango,” Loh said. “When I do eat ice cream, because rarely do you find mango ice cream, I get vanilla. So the best combination, therefore, is mango and vanilla.”

Robertson said it is most likely that the Dairy will reach out to Loh’s replacement, engineering school dean Darryll Pines, to make him a personalized ice cream flavor. He said he’s excited to see what flavors Pines will pick.

Freshman Catie Dommers said VaniLoh Mango’s creamy-fruity combination sounded like something she would love to try. She thought the ice cream was a great way for the university to pay its respects to Loh.

“I think whenever someone has served in a position … a nice going away gesture is always appreciated by the person retiring,” said Dommers, who recently transferred to the campus and is applying to major in mechanical engineering. “It shows that people respected and liked him in his position.”

Sophomore criminology and criminal justice major Julia Nguyen said that while she isn’t a fan of vanilla, she might try the ice cream because she likes mango and thinks the idea of having a flavor dedicated to Loh is cool.

“He’s put a lot of effort into everything for us. I guess it’s good to try and create something, even if it’s in a little ice cream shop. It’s something for him,” Nguyen said.