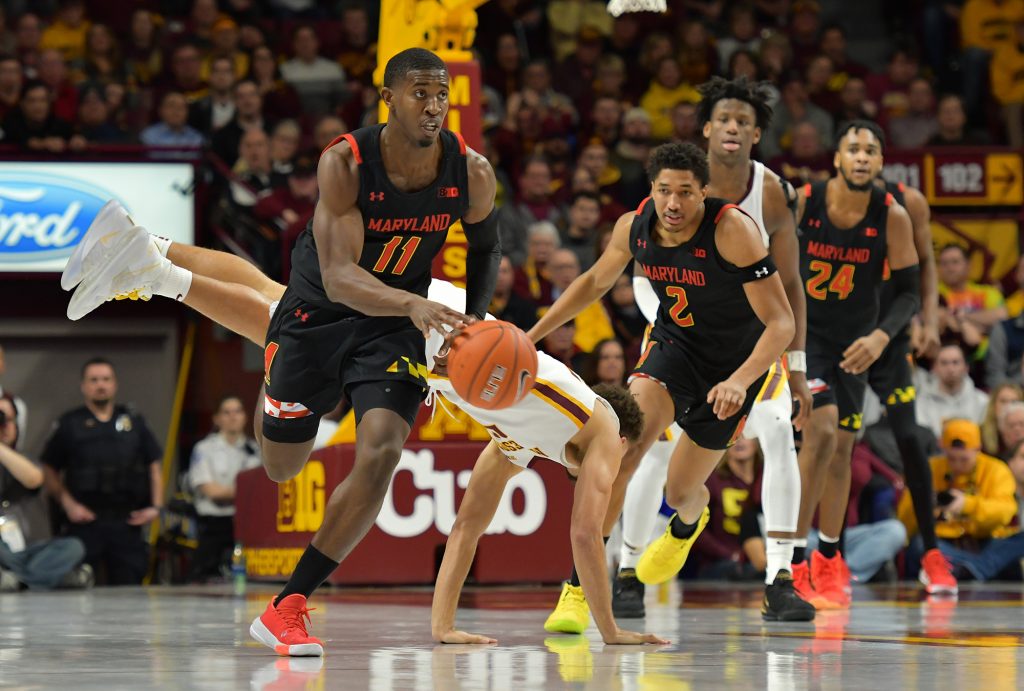 Now in his junior year, Darryl Morsell has put together the best season of his college career and is starting to receive national recognition for his contributions to the No. 9 Terrapins.

Morsell was named a member of Seth Davis’ 21st annual All-Glue team in The Athletic on Monday. The other four members of the team were Mark Vital from Baylor, K.J. Feagin from San Diego State, Andres Feliz from Illinois, Marcus Garrett from Kansas and Trey Landers from Dayton.

Morsell’s three-point percentage this season is nearly triple the percentage that he posted in freshman year. He’s also shooting free-throws at a higher percentage than his freshman or sophomore season.

Last Wednesday, he also provided one of the most incredible buzzer-beaters in college basketball this season as he knocked down a game-winning three-pointer from at least five feet beyond the three-point arc to cap off a miraculous 17-point comeback for the Terps against Minnesota.

Davis cites the growth that Morsell has made from his freshman season, a season in which Morsell had more turnovers than assists and shot 12-percent from three-point range.

He also points out the defensive prowess and versatility that Morsell possesses, adding that he routinely is assigned to shadow the other team’s best perimeter player.

As the Terps get set to continue facing tough competition in the Big Ten Tournament and NCAA Tournament in the upcoming weeks, Morsell’s all-around game will be on full display for a national audience.

If the Terps are going to make a deep NCAA Tournament run, they will need Morsell to keep bringing the “glue” that he’s provided all season long.