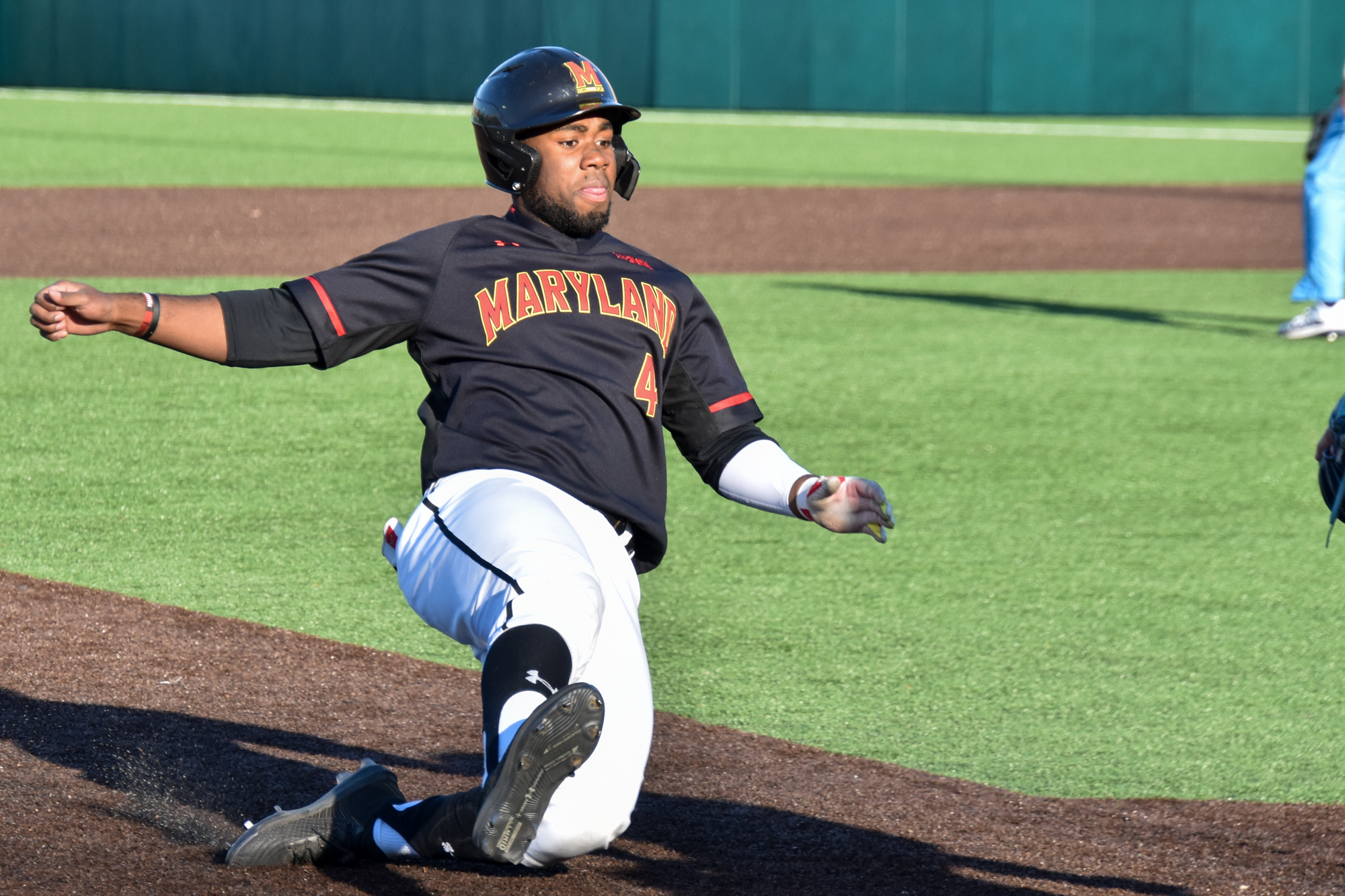 With Maryland baseball and Coastal Carolina tied at one in the fifth inning, the Terps put runners on the corners with two outs for first baseman Maxwell Costes, their best hitter. Offensive opportunities such as this were nonexistent Friday in that blowout loss, so it was imperative to cash in midway through Saturday’s contest.

Costes worked a 3-0 count, but he swung at the next pitch and grounded out, squashing the Maryland threat and giving the Chanticleers a reprieve. Coastal Carolina capitalized in the bottom of the inning, taking the lead for good on a two-out RBI single by Fox Leum.

Maryland could not take advantage of those limited offensive chances Saturday in Conway, South Carolina, leaving six runners on base as the Chanticleers pulled away late in a 10-3 Terps loss.

Coastal Carolina’s prolific offense — which scored 16 runs Friday — picked up where it left off early in the second game of the series. The Chanticleers (6-3) jumped out to a 1-0 lead against Terps right-hander Nick Dean in the first inning on Alex Gattinelli’s one-out RBI double off the left-field wall.

That was enough run support for Coastal Carolina left-hander Scott Kobos in the early part of the game. The redshirt senior tossed three perfect innings to begin his outing, fooling Maryland’s hitters the first time through the lineup.

But Kobos ran into trouble in the fourth. Chris Alleyne led off with a double down the left-field line, and after advancing to third, the center fielder scored on a wild pitch from Kobos to tie the game.

Kobos then walked three of the next four Terps to load the bases, and his day was done. In 3 ⅔ innings, the left-hander allowed one run and one hit while walking three and striking out three. Right-hander Alaska Abney — the Chanticleers’ best reliever — entered the game and ended the threat, striking out Matt Orlando on three pitches.

Maryland (6-3) threatened again in the top of the fifth, putting runners on the corners with two outs, but Maxwell Costes grounded out to keep the game level. And after holding Coastal Carolina’s bats at bay for a few innings, the Chanticleers broke through against Dean in the bottom of the frame.

Nick Lucky walked and stole second base with one out, the Chanticleers’ fourth swipe of the afternoon. They tested Terps catcher Tavan Shahidi, who started in place of an ailing Justin Vought. Maryland’s regular backstop tweaked his hip Friday and is day-to-day.

Leum brought in Lucky on an RBI single to right field with two outs, putting Coastal Carolina back up by one.

Dean got Eric Brown to ground out to end the inning and his afternoon. The freshman didn’t record a 1-2-3 frame during the outing, but he grinded through five innings of two-run ball. He allowed six hits while striking out six and walking three.

Left-hander Ryan Ramsey came in to pitch for the third straight Saturday, and the Chanticleers capitalized. Cooper Weiss led off with a double down the left-field line and crossed the plate with two outs after Ramsey unleashed a wild pitch that went behind Makenzie Pate.

With Coastal Carolina ahead by two, Maryland looked to claw its way back into the game. But Abney shut down the Terps’ bats, and the Chanticleers doubled their lead in the bottom of the seventh.

Coastal Carolina first scored on a fielder’s choice, and after it loaded the bases with two outs against Sean Heine, Tanner Garrison drilled a two-run single to left field, breaking the game open.

The Terps finally broke through against Abney in the eighth. Randy Bednar drilled an RBI double with no outs, and Shahidi brought the right fielder home on a RBI groundout two batters later.

But it was too late, as the Chanticleers added four runs in the bottom of the eighth and Maryland went down quietly in the ninth. The Terps fell for the second consecutive day, losing their first series of the season.