Review: ‘Balloon’ is an anxiety-inducing look into Cold War Germany 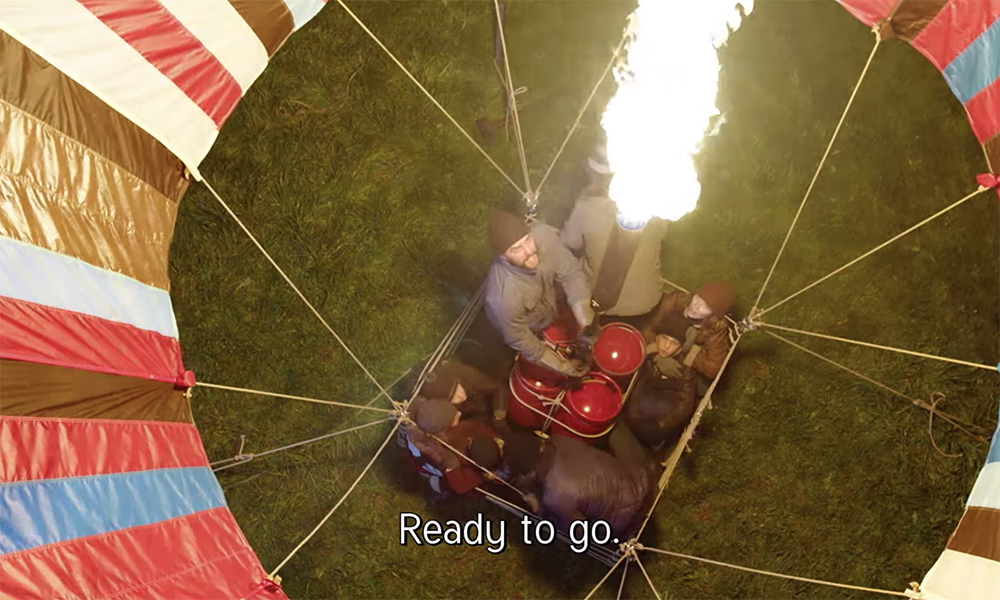 'Balloon' follows the story of two families as they attempt to make a daring hot air balloon escape from 1979 East Germany. (Photo via YouTube)

When Parasite won Best Foreign Film at the Golden Globes, director Bong Joon-ho said, “Once you overcome the one-inch barrier of subtitles, you will be introduced to so many more amazing films.” That sentiment stuck with me as I embarked on the German film Balloon.

A suspenseful thriller based on a true story, Balloon takes place in 1979 Germany. As Cold War tensions rise in the German Democratic Republic, so do the Strelzyk and Wetzel families — as they attempt to make a daring hot air balloon escape from the east to the west. Throughout the film, their triumphs and failures are felt tenfold.

Director Michael Herbig drops us in Pößneck, an inconsequential town in East Germany that now seems to hold all the weight in the world. The film opens with the juxtaposition of children singing about their great homeland against images of guards patrolling the border and gunning down a man who runs toward freedom. The shot shocked me wide awake, and I stayed like that for the next two hours.

That tension is felt through the entire film, with the help of the musical score. With deeply suspicious notes, every conversation has an undertone of duplicity, like everyone is a suspect. There was no room for the families to make mistakes and no room for the viewer to breathe — it was almost exhausting. These families had to get their escape plans exactly right, all with the Stasi on their tail.

The movie was anxiety-inducing — I found myself having to remember to unclench all the muscles in my body. The entire film is one big time crunch and yet every scene somehow contains its own countdown to the next step in a bigger plan.

The cinematography doesn’t help with the anxiety either. Every shot is creative while still maintaining two clear motifs: clocks and reflections.

Clocks are everywhere, from Frank Strelzyk’s watch — given to him as an eighth grade graduation present and doubling as the families’ stopwatch when taking flight — to how both the police and the Strelzyks often look at the clock. Even the music seems to have a note of tick-tick-ticking as the stakes get higher.

The reflections motif was even more abundant, symbolizing the plot’s introspective questions. Doris Strelzyk stares into the mirror and wonders how she can be a good parent while putting her children at such great risk. Gϋnter Wetzel looks out into the night, the moon reflecting on him, as he questions if his plan is good enough to get his friends across the border. Even the head detective on their case doubted whether it is truly right to persecute the Strelzyks and Wetzels.

The reflections were prominent and plentiful, playing with the idea that these people are also a reflection of us. These were just ordinary families trying to escape a dangerous regime, all while leaving their loved ones and risking everything for a better life — and knowing their plan could literally crash and burn around them. Balloon forces you to expect the worst but hope for the best, leaving you on the edge of your seat the whole time.