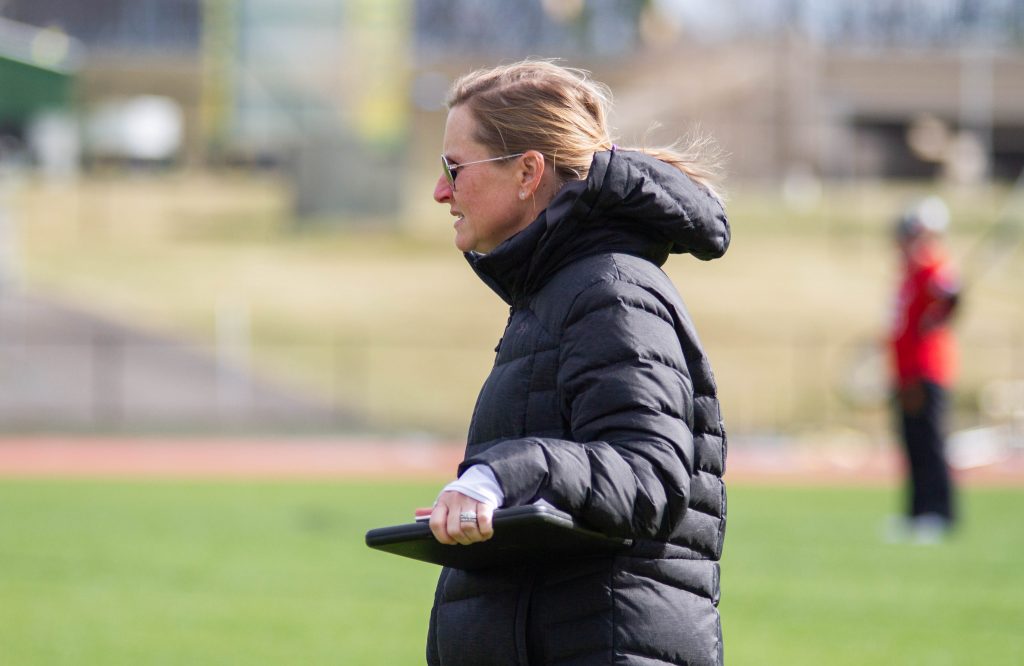 This weekend’s matchup between No. 9 Maryland women’s lacrosse and No. 4 Syracuse has been moved to College Park due to weather conditions in upstate New York, both schools announced Thursday night.

According to Syracuse.com, winter storm alerts have widened ahead of a snow storm that could dump more than three feet of snow in some areas of upstate New York. Syracuse itself will likely miss the brunt of the storm, though.

The game, which was set to be on Friday, February 28 at 3 p.m., has been moved to Saturday, February 29 at noon at the Maryland Field Hockey and Lacrosse Complex.

“We want to apologize for the inconvenience this causes our loyal fans, including the parents of our student-athletes and women’s lacrosse alumni,” Syracuse athletic director John Wildhack said in a release. “We informed our colleagues at Maryland that the local weather forecast for the next few days is not expected to impact any of the home athletic contests we have scheduled but they chose not to travel.”

Syracuse’s home field, the Carrier Dome, is set to undergo roof replacement, which would have made Friday the final game at the Dome for the senior class. A pregame ceremony was planned to go along with Syracuse’s Alumni Day. Meanwhile, the Orange men’s lacrosse game will still be played later that evening.

“Safety of our student-athletes is of the utmost importance at the University of Maryland,” Evans said in a release. “Due to the forecasted winter weather conditions in Upstate New York, our University Department of Transportation determined it was unsafe to travel.”

The now-home game will be the Terps’ third straight ranked matchup, following losses to No. 14 Florida and No. 1 North Carolina. During the 15-14 defeat to the Gators, coach Cathy Reese’s squad gave up the game-winning goal with under a minute remaining.

Then, in a 19-6 loss to the Tar Heels, Maryland allowed 16 goals combined between midfielder Scottie Rose Growney and attackers Jamie Ortega and Katie Hoeg.

The Orange enter Saturday’s contest on the back of four straight wins, including one over then-No. 6 Northwestern.