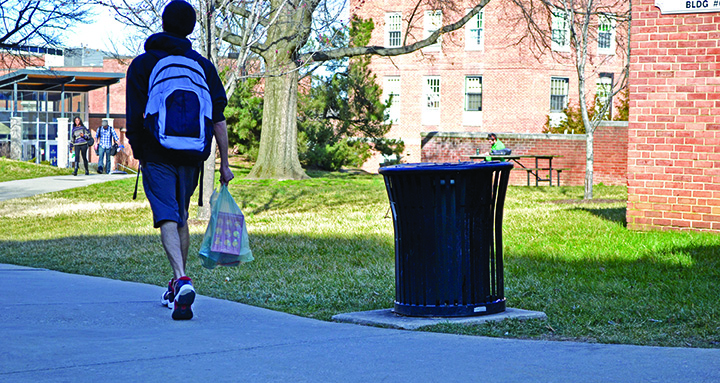 Environmental groups and the media have portrayed plastic bags as the antichrist. Over the last few years, legislators nationwide have targeted plastic bags, and as of 2019, over 400 states and cities have passed laws or ordinances that either outright ban these bags or impose a small tax.

Maryland’s general assembly recently held hearings on a new bill that would, essentially, cease the use of plastic bags. While well-intended, these policies are founded on a misunderstanding of plastic bags. Plastic bags are a detriment to the environment. Yet deciding to switch to paper bags — or even reusable alternatives — isn’t as much of a no-brainer as it seems.

The main issue with plastic bags is their role in the ocean’s plastic problem. Since plastic bags are so light, they can travel far — and often end up in the ocean. This can directly harm marine animals and disrupt aquatic ecosystems. Since plastic doesn’t generally biodegrade, it will eventually break down into smaller fragments. Prior to degradation, there’s a chance that sea turtles and other animals could get physically caught in the plastic, potentially choking them or impairing their ability to move.

But contrary to popular belief, paper bags have a significantly greater impact on climate change than plastic bags. While the production of plastic bags definitely releases greenhouse gases, the production process for paper bags is worse. Paper bags require felling trees, which increases the amount of carbon dioxide in the atmosphere. The paper bag manufacturing process also yields a higher concentration of toxic chemicals than that of plastic bags, according to a study by the legislature of Northern Ireland.

But when’s the last time you reused a paper bag? It’s not very common for shoppers to be self-conscious enough to save a disposable bag. In addition, while paper bags are more durable than plastic bags, it may be difficult to extend their life span to last multiple trips to the store. Very few consumers will ever be able to benefit the environment by using paper bags.

It may be surprising to some that reusable bags aren’t necessarily the paragon of eco-friendly options. Since reusable bags need to be the most durable, it follows that they must be manufactured from more sturdy materials. Reusable bags are ultimately the most carbon-intensive to produce, as they’re made from cotton. A cotton bag would need to be reused more than 100 times before it’s more environmentally friendly than a single-use plastic bag. For context, if you go to the grocery store once a week, you would need to use the same bag for over two years before it pays off.

Plastic bags are not good for the environment, but neither are paper and reusable bags. While a ban on plastic bags may address pollution issues, we’re inadvertently contributing to climate change in the process.