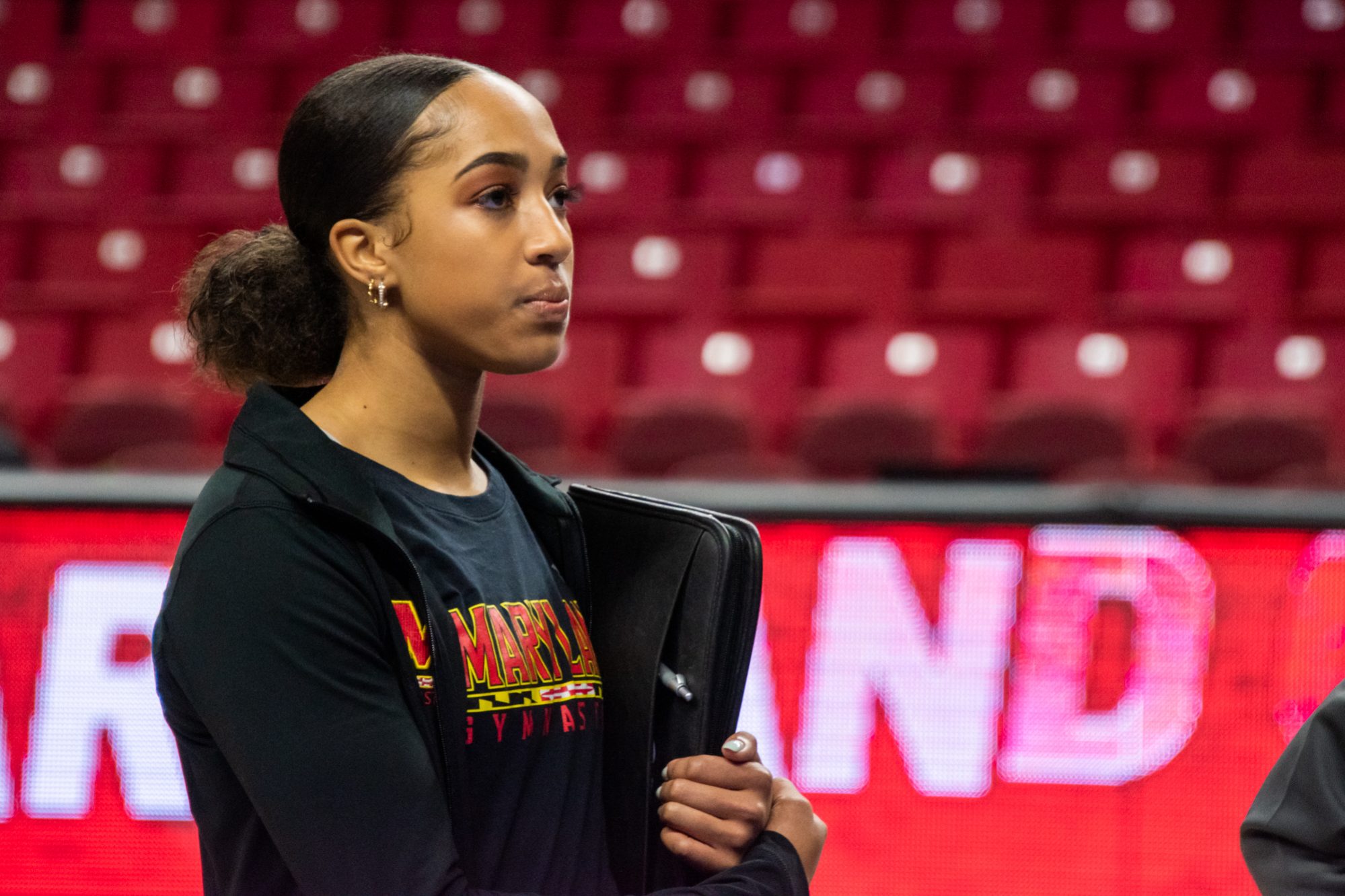 Junior Audrey Barber, a stand-out for Maryland gymnastics in 2019 and early 2020, has officially been ruled out for the remainder of the season due to academic ineligibility, according to a Maryland athletics spokesperson.

Barber has not competed since Jan. 25, after which it was announced that she was ineligible until further notice. The Terps averaged a 195.84 team score with Barber in the lineup. In the four meets without her, their average has plummeted to 195.03.

[Read more: Audrey Barber out for Maryland gymnastics vs. Illinois due to academic issue]

In three meets this year, Barber was the Terps’ only all-around competitor, and she was the leading scorer in at least two events on all three occasions. Freshman Emma Silberman has competed all-around in Barber’s absence, surpassing 39.000 twice.

“We’ve already been competing without her, so I think, you know, we’ve started to figure out what we need to do,” junior Sabriyya Rouse said. “Everyone that’s stepping up has been stepping up.”

While the team and coaching staff were disappointed with Tuesday’s news, they had prepared for the possibility that Barber would miss the rest of 2020.

“We had a feeling this was going to be the case, and like I said before, we hate not having her with us,” coach Brett Nelligan said. “But academics is a priority, so we understand. I think she’s handling it really well, and it will be better for her in the long run.”

CORRECTION: Due to an editing error, a previous version of this story incorrectly attributed a quote from Sabriyya Rouse to Brett Nelligan. This story has been updated.