Review: ‘the goop lab’ will make you sick 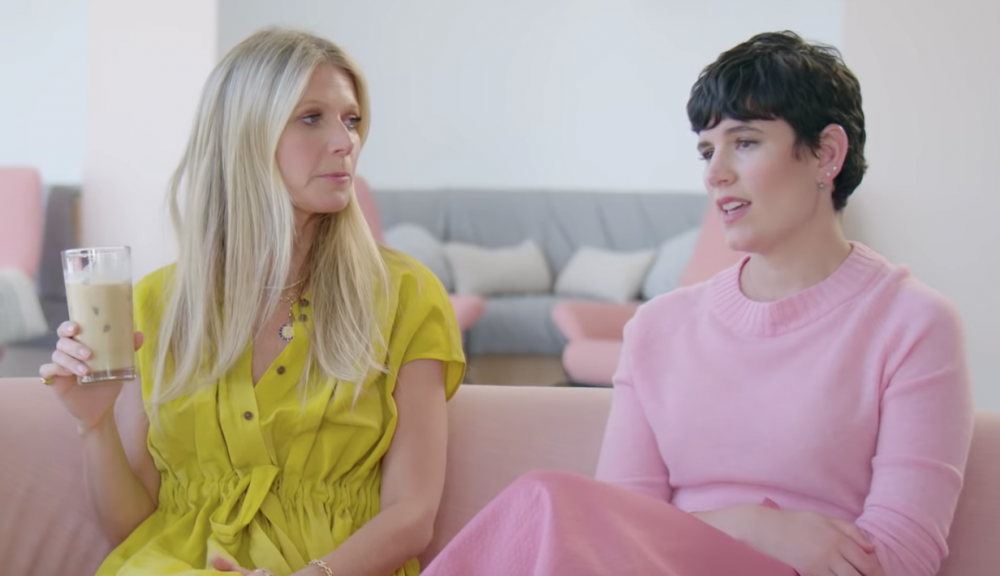 There is a disclaimer at the beginning of each episode of The Goop Lab with Gwyneth Paltrow: “The following series is designed to entertain and inform — not provide medical advice. You should always consult your doctor when it comes to your personal health, or before you start any treatment.” If Paltrow could wear a sign around her neck with that message at all times, that would be great.

Goop, Paltrow’s personal lifestyle brand, has been bringing pseudoscientific products to the masses for over a decade. Now, Netflix has given the company its largest platform yet to promote questionable lifestyle practices: a milquetoast documentary series.

[Read more: This flu season, give in to being sick]

Paltrow mentions in the first episode that “there’s kind of no rubric for how we deal with discomfort and how we deal with trauma.” This quote, which can double as a mission statement for the entire show, isn’t absurd. There are always going to be unanswered questions when it comes to scientific and medicinal practices, and to search for alternatives isn’t inherently a bad thing.

The problem with The Goop Lab is that quackery and pseudoscience are presented under the same guise as actual medical care. No matter how many disclaimers are thrown at the top, the point of each episode is to show the supposedly healthy results of unlicensed and untested practices.

Each episode contains interviews with various people who all claim to have experienced miraculous benefits from the various organizations and lifestyles promoted on the show. There’s an inherent fallacy in only showing success stories, and there’s no room for any real logic or unbiased perspective in The Goop Lab.

The second you start to question whatever crazy thing a person on screen has just said or done, the new age music kicks in and the screen fades to white before bringing you to another scene of the same crazy thing happening with different people, over and over, ad nauseam.

The topics covered in the six episodes involve the healing powers of magic mushrooms, cold exposure, mediums, energy fields and the female orgasm. The “experts” on each subject sit down with Paltrow for a discussion, and then various members of the Goop team go on a journey to dive deep into the topic and see the results for themselves. These field trips are the on-screen equivalent of your friend who went abroad for a semester, became a vegetarian and swears the experience changed their life.

During one episode, a Goop staffer not-at-all modestly proclaimed “You look at the team at Goop, everyone here, at some level, is a deeply successful person.” The self-promotion and absurdly misplaced self-confidence that this show has in its own reputation borders on delusional.

Is Goop a successful company? Yes. Does Goop have a stellar reputation for holistic treatment with verifiable results? No. Is this six-part series entertaining enough for me to even think about treating it with any level of open-mindedness or respect? Also no.

Ultimately, The Goop Lab series is a lot like the “This Smells Like My Vagina” candle, one of the most infamous products that the company sells: It’s so ridiculous and poorly thought out that it seems like a joke, but packaged with so much perceived worth that people will buy into it no matter how illogical it is.