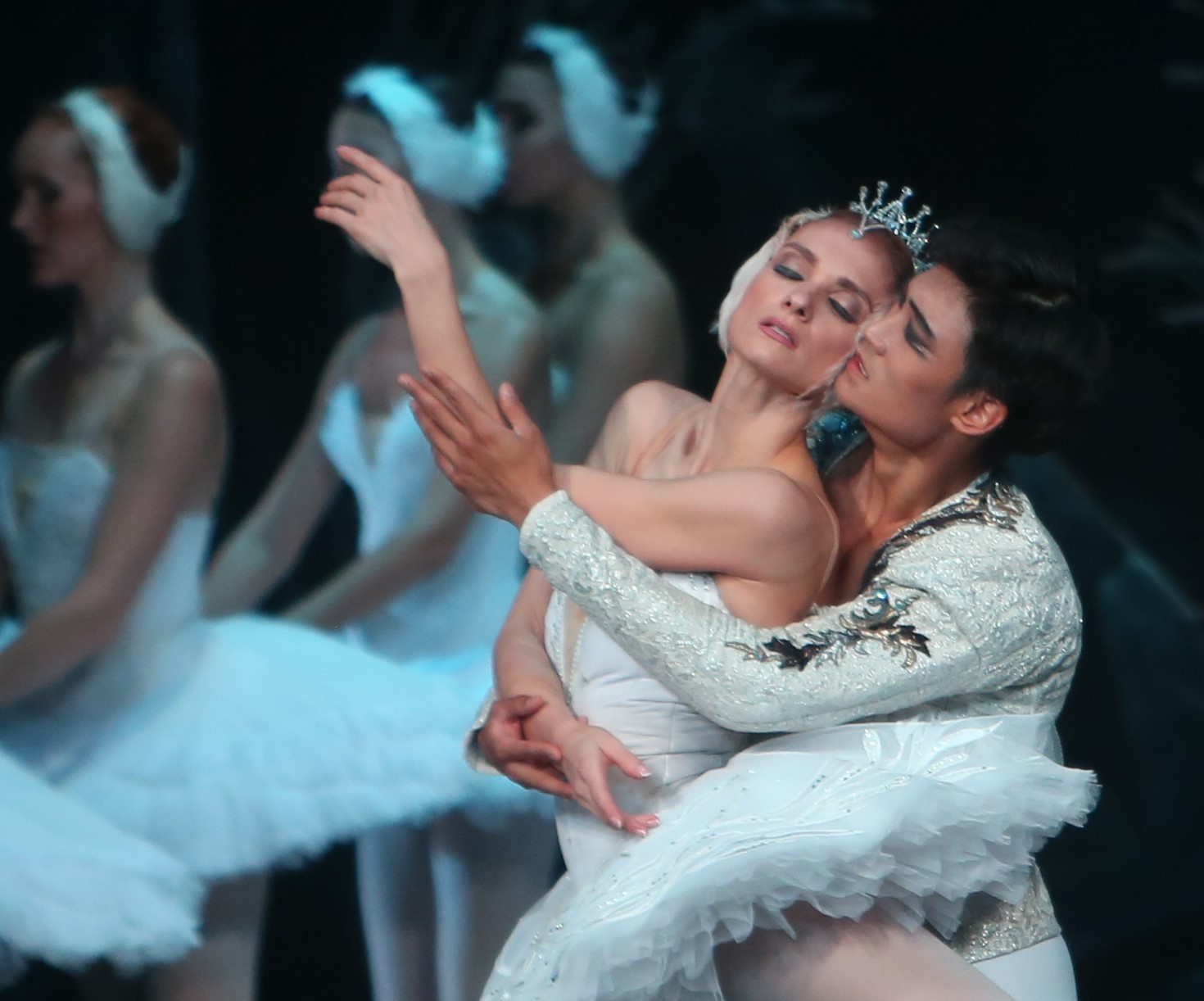 American ballet dancer and choreographer Judith Jamison once said that, “If you look at a dancer in silence, his or her body will be the music. If you turn the music on, that body will become an extension of what you’re hearing.” Her quote held very little meaning to me the first time I read it. But it finally rang true as I watched Russian prima ballerina Irina Kolesnikova enrapture a vast crowd and grace center stage in her U.S. debut performance of Pyotr Tchaikovsky’s Swan Lake Friday.

In the St. Petersburg Ballet Theatre’s rendition of the classic, 39-year-old Kolesnikova plays both Odette and Odile. Odette is angelic and good-hearted, which is apparent through both her mannerisms and her swan-like white attire. Odile, on the other hand, is the primary antagonist — unlike her innocent counterpart, she dons an all-black costume, denoting her sinister and vile character. Odile is also the daughter of Von Rothbart, an evil sorcerer who strips Odette away from her lover, captures her and then transforms her into a swan by day and human by night.

Kolesnikova beautifully embodies Odette’s grace not only through her dance, but also through the tender and poignant emotions she shows toward Prince Siegfried, who is beautifully danced by Dmitri Akulinin. Kolesnikova’s pas de deux with Akulinin during the second act is artfully perfect in terms of precision and form, but also enthralling as their romance slowly begins to bud — only for it to fall through with an altering spell.

In the third act, Kolesnikova flawlessly transitioned from Odette into Odile. Her ballet prowess remained strong and unfaltering despite the change in character. Her second pas de deux with Akulinin was now more detached and less intimate, prompting a sudden conflict within the plot.

Kolesnikova’s dramatic performance of Odile even earned her a few “oohs,” “aahs” and gasps from the audience as she slowly revealed Odile’s sinister side. Kolesnikova not only managed to heighten the tension within the third act, but she also beautifully concluded it by throwing up a bouquet of flowers Prince Siegfried offered her.

Although each act highlights Kolesnikova’s unique craft and maestro, she manages to be the star of the entire night, whether during her majestic solo performances or her perfectly paired group dances. Kolesnikova perfectly executed every pirouette, grand jeté and arabesque, demonstrating how she flawlessly merged her unique artistic talents and strong physique to deliver the performance of a lifetime.

[Read more: This Week in Number Ones: Roddy Ricch Reigns for the Sixth Week]

Watching Kolesnikova dance also brought back a collection of old childhood memories and unfulfilled dreams of becoming a prima ballerina. Despite having no ballet training growing up, my young and naïve dreams of dancing center stage for an enormous crowd were still strong and very much alive.

It wasn’t until I was much older — sometime around high school — that I was actually able to see my first real ballet performance at The Kennedy Center in Washington, D.C. Friday’s performance was the second ballet I’ve seen and I’ve now developed a fonder appreciation for the art. Kolesnikova and the St. Petersburg Ballet Theatre were only here until Sunday, but I hope to attend their upcoming shows in the future.