Why you should stop caring about young people’s tattoos 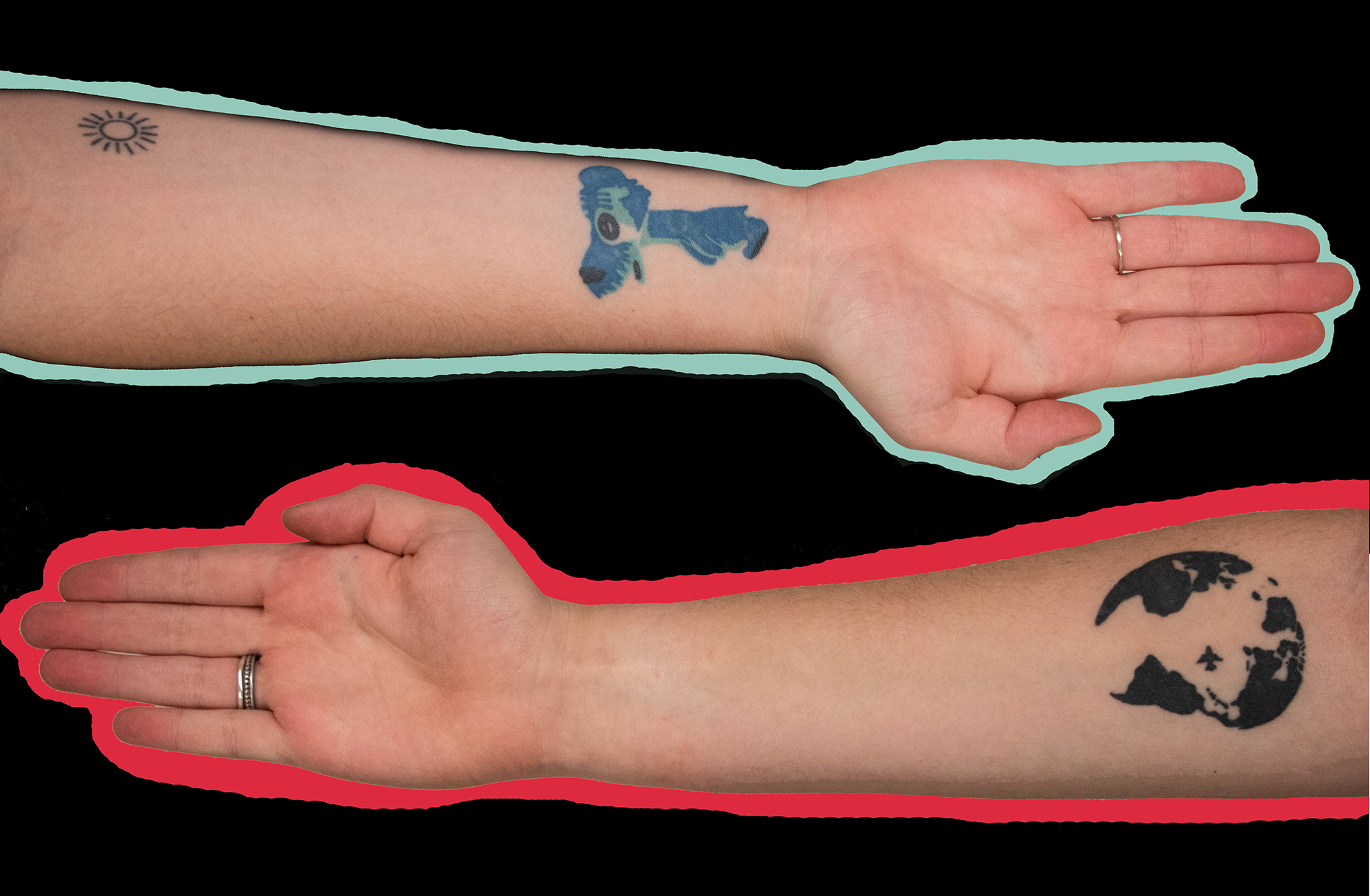 As my tattoo collection has grown, so has the contention between me and people who find them unsavory. (Photo illustration by Julia Nikhinson and Daisy Grant/The Diamondback)

The first tattoo I ever got was a casablanca lily dedicated to my abuela. I’d wanted to get one since before it was legal. My high school friends and I would obsessively send each other Instagram posts from artists we worshipped, plotting out our first pieces and imagining how glorious our inked bodies would look someday.

The issue for me, a 19-year-old legal “adult” and college freshman who was completely dependent on my parents for money, was, well — my parents. Noticeably hands-off in nearly every arena of parenting, the idea of customizing my own body was a strangely tense subject. There wasn’t much discussion, as the answer was a resounding, loaded no.

So, as the beautiful and perfect genius I am, I decided to book the appointment a month in advance. On the day of, I drove to Baltimore to seal my fate. It was quick, not too painful and looked exactly as I hoped. I decided to wait a day and then just send my mother a photo. At that point, what could she do?

[Read more: ‘Hot Ones: The Game Show’ and the magic of Sean Evans]

A few years have passed since then, and I have a few more tattoos, each an image that I enjoy so much I decided to give it a permanent home on my body. As my collection has grown, so has the contention between me and people who find them unsavory. For some reason it really, really bothers people that a young woman — especially one who is (sort of) pursuing a journalism career — has stupid little drawings on her arms.

In some ways, it makes sense. You look at the industry — one famously rife with nepotism, privilege and a stark lack of diversity — and you understand there’s a very specific type of person seen as a journalist. I am reminded of that every day when I look around in my classes. I don’t ever see myself or a lot of variation at all — not in gender, ethnicity or race.

I think that’s where the worry from my loved ones comes from. I’m already an outsider in a lot of ways. Why would I want to add anything else to the mix that could work against me?

It’s all about me taking back control. Consider the fact that not everyone has learned to love the body they possess, the way their face looks or the role they play in society. A lot of self-love focuses on accepting what you cannot change, which I agree with and think is valuable. But we seem to reject the idea that people — much less young women — could regain some power or confidence over their physical appearance by adorning themselves with art they love.

I’m becoming an adult during a time when climate change may or may not shorten my lifespan. I’m going into an industry that is cannibalizing itself to stay afloat with an ad revenue system that just doesn’t work. I don’t think I will ever own a home or be able to change my mind about not starting my own family. So while the Earth is on fire and the president enacts executive orders via twitter.com, I can close the door to my room, curl up in bed and smile at the stupid little Botero drawing I designed and decided to place on my arm.