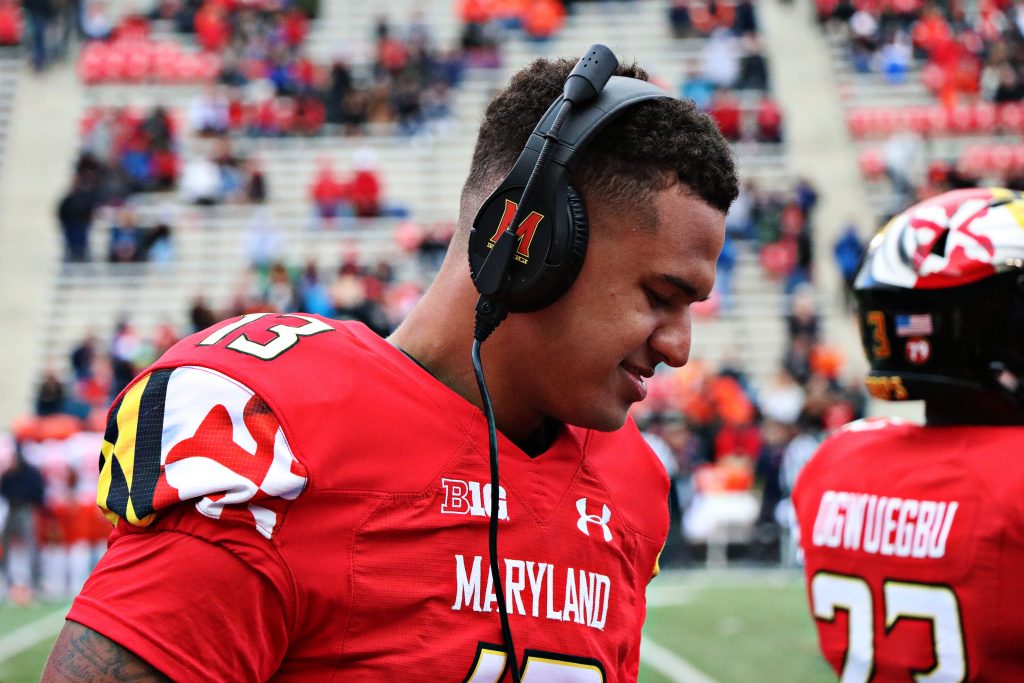 When last season ended on Nov. 30, Maryland football had five scholarship quarterbacks with eligibility remaining for a return for the 2020 campaign. But that number has slimmed to two when Tyler DeSue announced Wednesday on Twitter he was walking away from the sport.

DeSue will remain at the university to finish his undergraduate degree and graduate.

“Maybe I was meant for something more,” DeSue wrote in a screenshot attached to his Tweet. “Today is the day I put my best foot forward and leave my playing days in the past.”

The Virginia native’s decision comes after signal-callers Max Bortenschlager and Tyrrell Pigrome announced they were entering the transfer portal earlier this offseason.

Rising senior Josh Jackson will now be the only quarterback on the roster with starting experience, while Lance Legendre, a four-star recruit last year, will look to make a jump in his second year of college.

With DeSue’s departure, 21 players from last season’s roster that had eligibility remaining have now announced they will leave the program. That list comprises players that entered the transfer portal, medically retired, walked away from football or declared for the NFL draft early.

DeSue arrived in College Park as a three-star prospect in 2018 and the No. 15-ranked player in the state of Virginia, according to 247Sports.

During his freshman campaign, DeSue made three appearances in relief, completing his only two pass attempts for 16 yards.

In 2019, as a redshirt freshman, DeSue saw significant playing time during Maryland’s 52-10 loss to Minnesota, when he was 4-for-12 passing with 88 yards and a touchdown — a 59-yard score for running back Tayon Fleet-Davis.

The 6-foot-1 quarterback’s highlight as a Terp came when he starred in last season’s spring game, winning the contest’s Boomer Esiason MVP award.

As Pigrome recovered from an injury, and with Jackson not yet on campus as he finished his coursework at Virginia Tech, DeSue shined and made an early impression on the new coaching staff. DeSue completed 23-of-35 passes for 218 yards and two touchdowns.

“It’s kind of what we saw in most of the spring from him,” head coach Mike Locksley said after the spring game. “He’s a guy that has the ability to operate the system, makes pretty good decisions and choices.”

Eleven months later, DeSue’s departure leaves the quarterback room with just two scholarship holdovers with just over a month until spring practice could begin, based on last season’s start date.