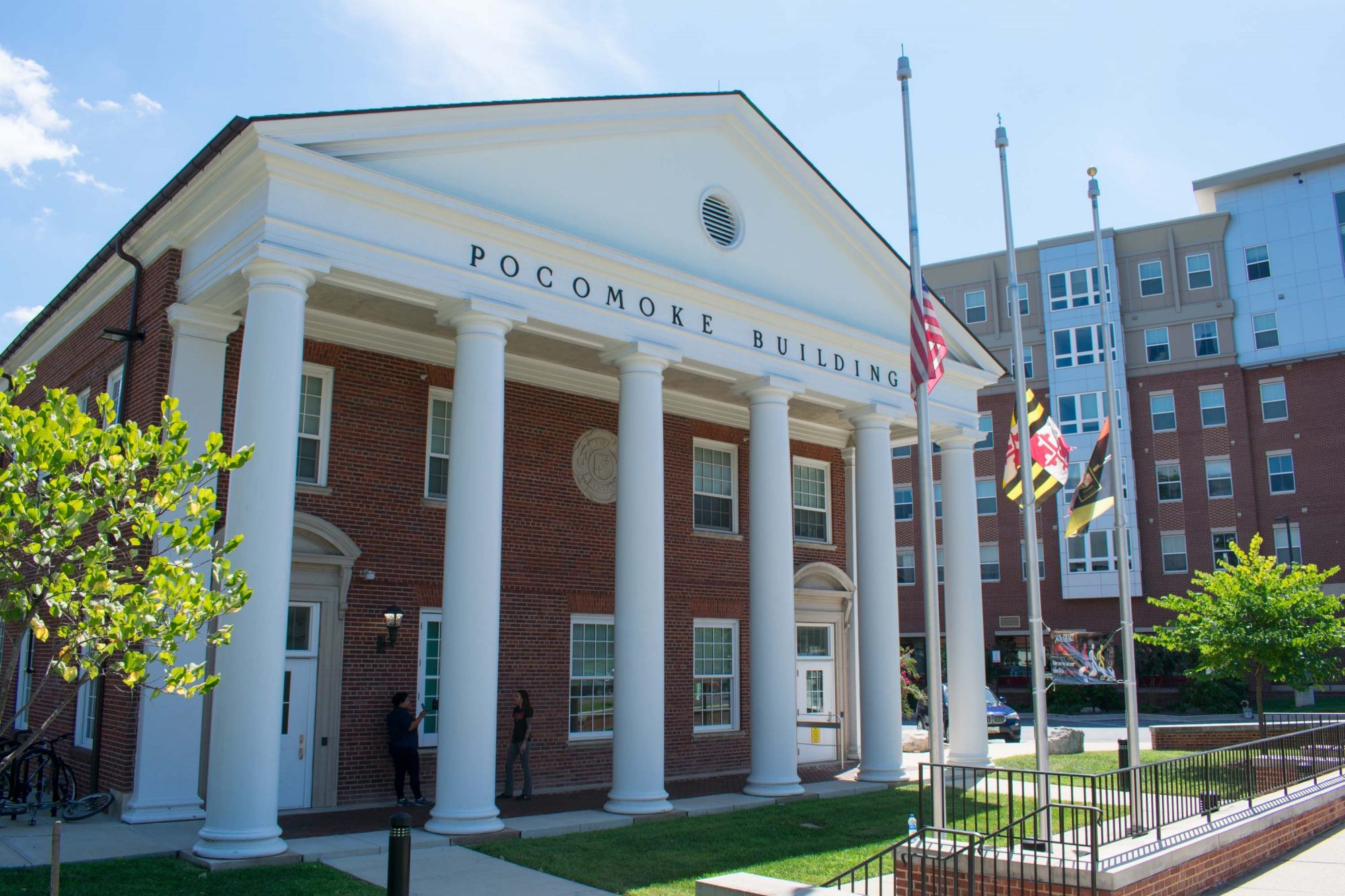 University of Maryland Police headquarters are located in the Pocomoke Building. (Elliot Scarangello / The Diamondback)

Over the past decade, crime at the University of Maryland has declined by about 40 percent, according to police data. But after criminal activity hit its lowest point in at least 16 years in 2018, incidents increased by nearly 50 percent last year.

Here’s a look at how crime on this campus in 2019 stacked up with past years — and how this university compares to others in the Big Ten.

Incidents of theft jumped about 43 percent from 2018, with 74 more incidents last year. There were two additional robberies and 18 additional burglaries.

While larceny-theft is defined as unlawfully taking property from another person, according to the Department of Justice’s definition, burglary is the illegal entry of a building to commit a theft or felony.

Many of the burglaries occur in public spaces, such as academic buildings, rather than residential areas, said police spokesperson Sgt. Rosanne Hoaas.

“Someone’s coming in and they’re seizing an opportunity,” Hoaas said. “No one’s around, pop in, pop out and they’re gone.”

Thieves stole wallets, purses and other valuables from offices and other buildings last year, she said. Electronics, Mitchell said, are another popular target.

Other Big Ten universities, like the Ohio State University, saw higher burglary rates. In 2018, there were 95 burglaries on the university’s Columbus campus, compared to 11 at this university, according to an annual security report.

There were 26 incidents at the University of Michigan in 2018. And on Rutgers’ New Brunswick campus, there were 8 burglaries, a decline from 2016.

When this university hosted a meeting of Big Ten police chiefs in 2015, Mitchell said the other universities were impressed with this university’s security operations center, which was conceptualized in 1996.

“Man, we were the envy of the whole bunch,” he said. “I can’t think of a better way to help secure our safety of our student body, faculty and staff.”

The operations center, a room in the Pocomoke building lined with screens of camera views across the campus, allows the team to “work smarter, not harder,” he said.

Hoaas said the department’s information analysis unit, which was introduced about ten years ago, plays a role in crime prevention as well. The unit produces reports with crime trends, including popular areas and times, for patrolling officers and criminal investigators. It’s a “one-stop source of information,” she said.

Lydie Diwa, a sophomore enrolled in letters and sciences who transferred to the university this year, said she feels pretty safe on this campus.

“I don’t really get scared on campus when I’m walking at night or something, unless I’m like off-campus, in town,” Diwa said.

Donatella Aho, a sophomore public health science major, said that sometimes she’ll walk a little bit faster near Route 1, but she feels safe by herself around the campus.

Aho said she remembers receiving an alert about “a potential snatcher” near Fraternity Row, which isn’t far from where she lives, she said. She didn’t remember seeing police around the area.

“I don’t really feel unsafe, but something could always happen,” she said. “I don’t feel like this school, in particular, makes me or my peers unsafe.”

CORRECTION: Due to a reporting error, a previous version of this story and its headline stated criminal activity at the University of Maryland hit an all-time low in 2018. Criminal activity was at its lowest point in at least 16 years in 2018. This story has been updated.