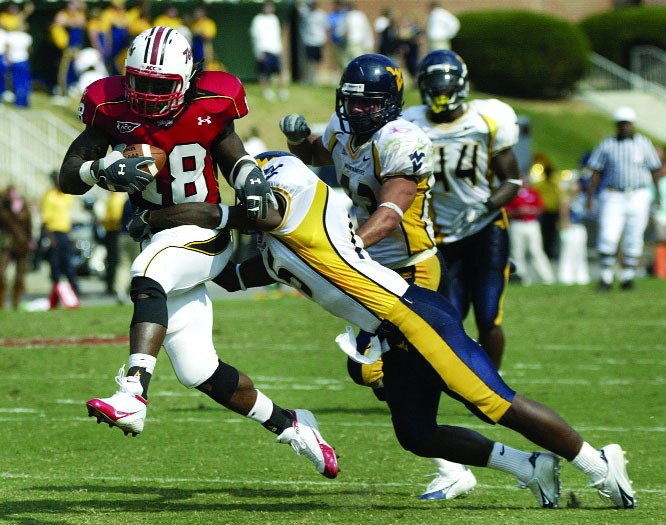 Retirement announcements have come in a plethora of ways in recent years, and former Terp Vernon Davis was no stranger to that.

Davis’s retirement did not come as a surprise, after playing in just four games in 2019, registering 10 catches for 123 yards and one touchdown. Davis missed 12 games due to a concussion that he suffered against the New York Giants.

Despite the underwhelming 2019 season, his 14-year career was no disappointment.

The sixth overall pick in the 2006 NFL Draft played the majority of his career, 10 seasons, with the San Francisco 49ers, where he was selected to two Pro Bowls and racked up 5,640 receiving yards and 55 touchdown catches.

His best season was 2009, where he was joint league leader with 13 touchdown receptions and he also caught 78 passes for 965 receiving yards, averaging 12.4 yards per reception.

Davis retires having played in two Super Bowls and was a member of the Denver Broncos, who won Super Bowl L in 2016. In Super Bowl XLVII with the 49ers, he caught six passes for 104 yards, tied for the second-most among receivers in the game.