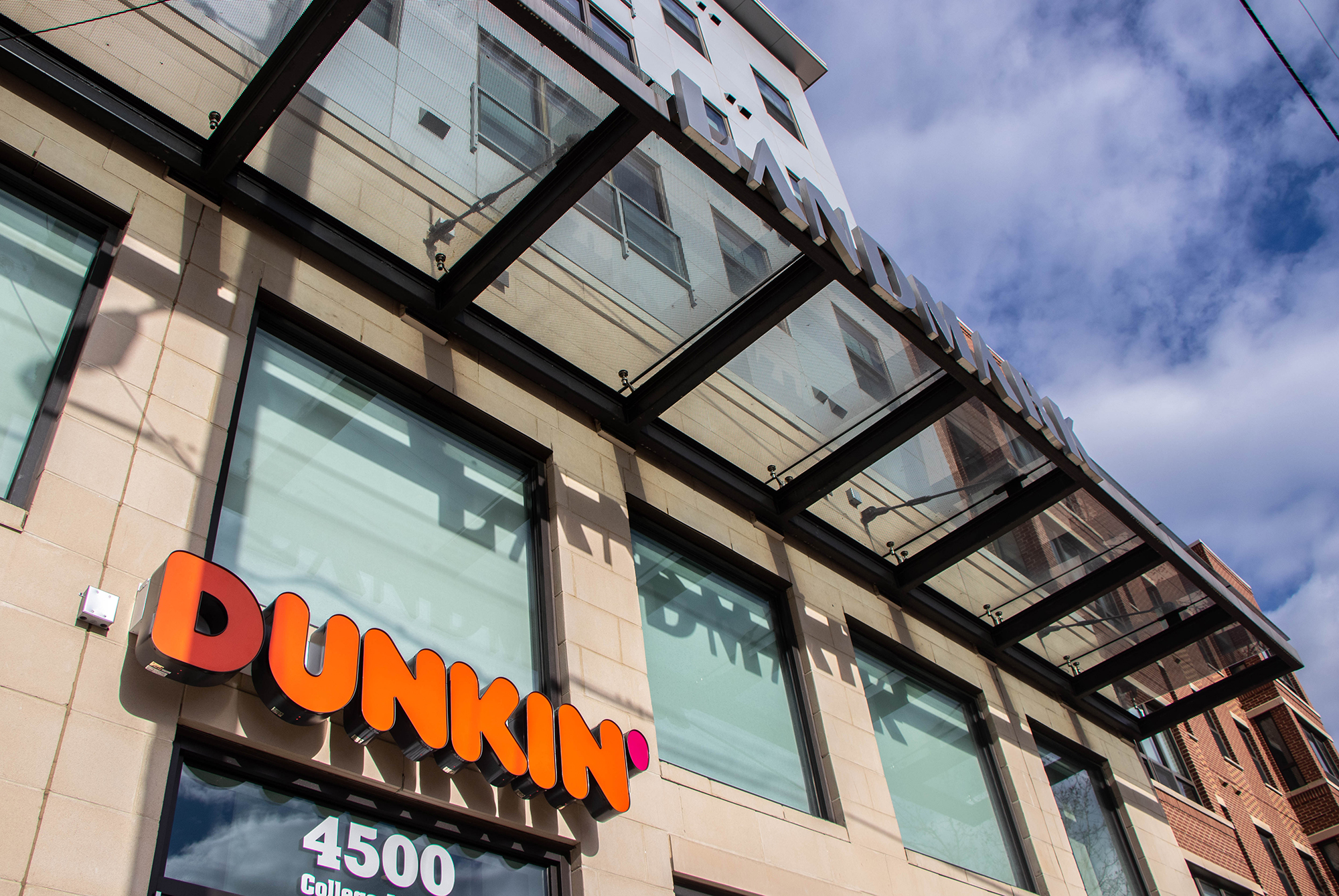 A new Dunkin’ Donuts opened Saturday in the lobby of Landmark Apartments in College Park.

Dunkin’ Donuts franchisee Usman Chaudhry opened the new location after the success of his store under the Terrapin Row apartment complex, he said.

“I think we’ve provided a lot of value to the students as well as to the building, and so we wanted to kind of identify another place around campus that we thought we could do that,” Chaudhry said.

Senior psychology major Monica Cipriano, a Landmark resident, snagged a bagel and coffee on her way out of the building to go to her sorority’s rush practice Saturday. When she got there, the location had been open less than an hour, but was already out of medium-sized cups, she said.

[Read more: MilkBoy ArtHouse closed, but Clarice performances are set to continue at its location]

“There was a good amount of people who stopped by — I’ve actually been twice today, just because it’s so easy.” Cipriano said. “I know I’m going to be going a lot, so I’m definitely in a little trouble with the money.”

Though the new Dunkin’ Donuts location has limited seating, it still serves all the staples of the national donut and coffee chain — from lattes to hash browns, Chaudhry said.

“It’s kind of inconvenient, but I get why they’re doing it, you know, because there’s going to be so many people in the building,” Cipriano said.

Rachel Slobodien, a senior marketing and supply chain management major, didn’t know a Dunkin’ Donuts would open in her building when she signed her lease, but finding out when she moved in was a definite bonus, she said.

“I’m an avid coffee drinker, so the fact that there’s going to be coffee downstairs in the lobby, I think is really great,” she said. “And the fact that I can either order coffee on the app or just stop at the Dunkin’ before leaving for class to pick up a coffee is a really great convenience aspect.”

Lots of Landmark residents have gone to the nearby Bagel Place for coffee, Cipriano said, but now that the Dunkin’ is open, she expects it will be more convenient.

“The residents here, especially, they don’t even have to put shoes on to get a sandwich,” Chaudhry said.