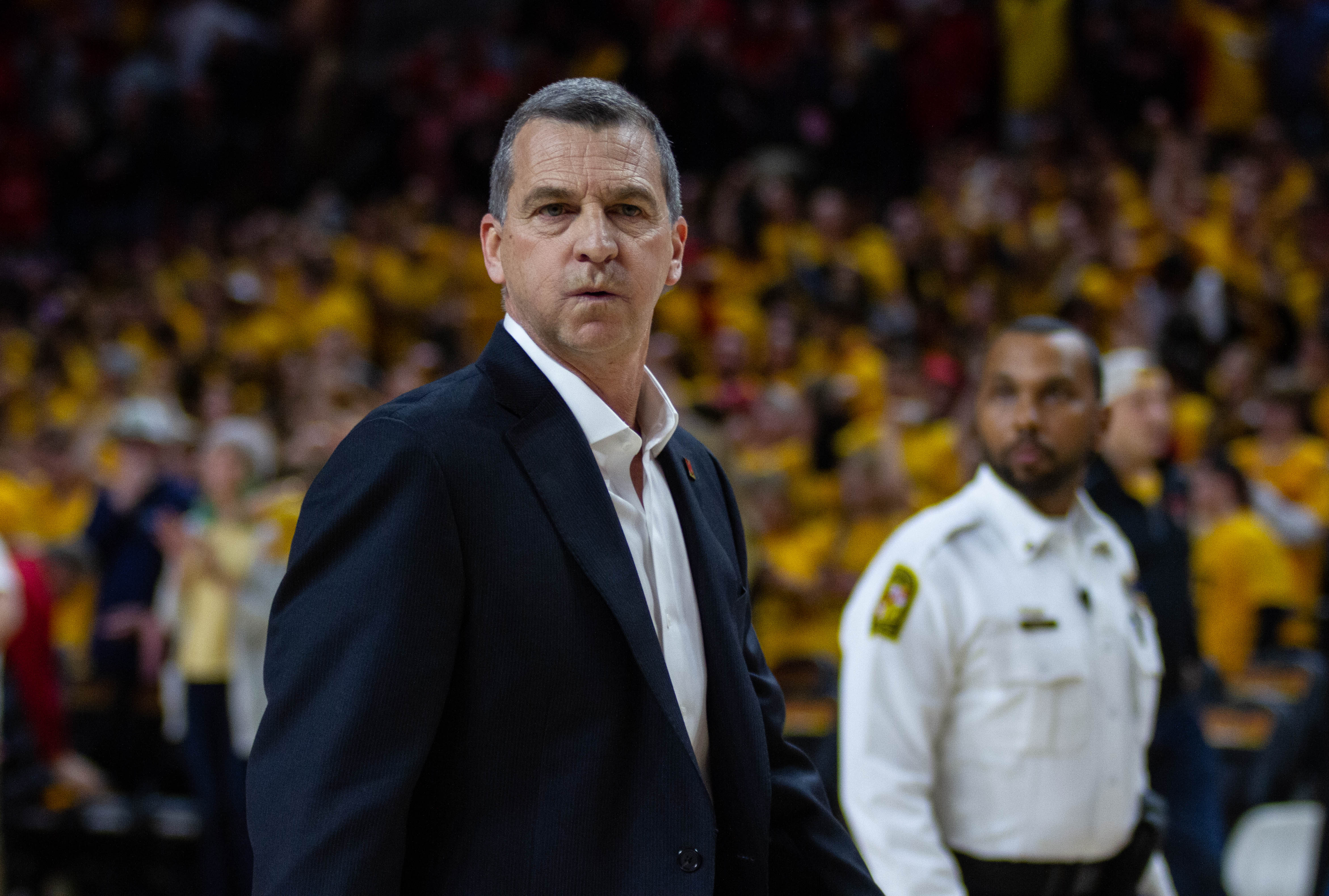 STATE COLLEGE, Pa. — As guard Anthony Cowan prepared to shoot free throws, and as the Penn State students prepared to storm the court, shouts rained down toward Maryland men’s basketball.

“Overrated” was the chant directed at the No. 4 team in the country. “Overrated” is what Cowan heard as he sank both attempts. And “overrated” could be the main takeaway from Tuesday night’s 76-69 defeat at the Bryce Jordan Center, ending the Terps’ undefeated start. Yet it didn’t look all that out of the ordinary with the way coach Mark Turgeon’s squad has played this season — even as deficits gave way to comebacks in their previous 10 wins.

On Tuesday night, a myriad number of issues compounded. Forward Jalen Smith was limited through fouls and his replacements showed their youth. Twenty turnovers and second-chance opportunities helped lift the Nittany Lions. And the trademark slow starts, coupled with a lack of bench production, proved too much to overcome.

Barring turnovers, which hadn’t been much of a problem entering the contest, the maladies have been near-constants this year. Winning tends to paper over cracks. But a seven-point loss Tuesday in Maryland’s first true road game leaves them in plain sight — and, as Turgeon hopes, especially visible to his players.

“This whole game is something we can learn from,” guard Anthony Cowan said. “We’ve got to learn from a lot of different mistakes that we had this game. Twenty turnovers is way too much. It’s not going to win many games, so we’ve just got to get better.”

In relation to some other starts this season, the Terps’ first four minutes weren’t disastrous; they entered the under-16 stoppage trailing by one point. But it was the next stretch, featuring seven straight turnovers, that signaled something was off.

Turgeon sarcastically said his team tried to lead the country in dribbling, and both Cowan and guard Eric Ayala chalk up many of the issues to over-dribbling. But over-dribbling could be a byproduct of attempting to create offense when none is there.

After the game, Turgeon was clear he didn’t want to make excuses — the “better team won.” Still, he mentioned the lack of practice time recently in a stretch of six games in 13 days, and how his team had five offensive plays to work with. The lack of options didn’t hurt against lesser opponents at home, especially with a stifling defense.

On 33 percent shooting and with turnovers coming every which way at the Bryce Jordan Center, however, Maryland paid the price.

“I think Coach gets us well-prepared for the game,” Ayala said, “in terms of preparing us for a game plan.”

Meanwhile, Smith battled foul trouble throughout, thrusting inexperienced options off the bench. Forward Makhi Mitchell featured for 16 minutes, his most since Nov. 28 against Temple. The freshman finished 0-for-4 with six rebounds and three giveaways. Donta Scott, another rookie forward, played for 17 minutes and chipped in three points. Forward Ricky Lindo, who Turgeon said played like a veteran, added two points.

For all the talk of increased depth, the newcomers are still dealing with a learning curve. And the reliance on Maryland’s top-five players shined through: Cowan, Ayala, Smith and guards Darryl Morsell and Aaron Wiggins accounted for almost 93 percent of the Terps’ scoring.

Late in the first half, Maryland needed four attempts to put the ball through the hoop. Cowan picked off a pass and set up Wiggins for a close-in try that didn’t go. Mitchell scooped up that offensive rebound, then grabbed another when his first attempt missed. His follow-up effort missed, too. It wasn’t until Morsell laid the ball in 11 seconds after the first effort that the team got within seven points.

Still, guard Myreon Jones’ 3-pointer as time expired on the first half pushed that deficit to 10. And while the Terps found looks in the second half as well, shots didn’t fall easily. Maryland shot three straight from beyond the arc, clanked them all yet corralled the offensive board on each. Smith eventually headed to the line when he was fouled, but the shooting woes allowed Penn State to keep a buffer.

But it took until that 11th game — a loss — for it to become truly visible.