WeWork was always overvalued — and College Park got duped 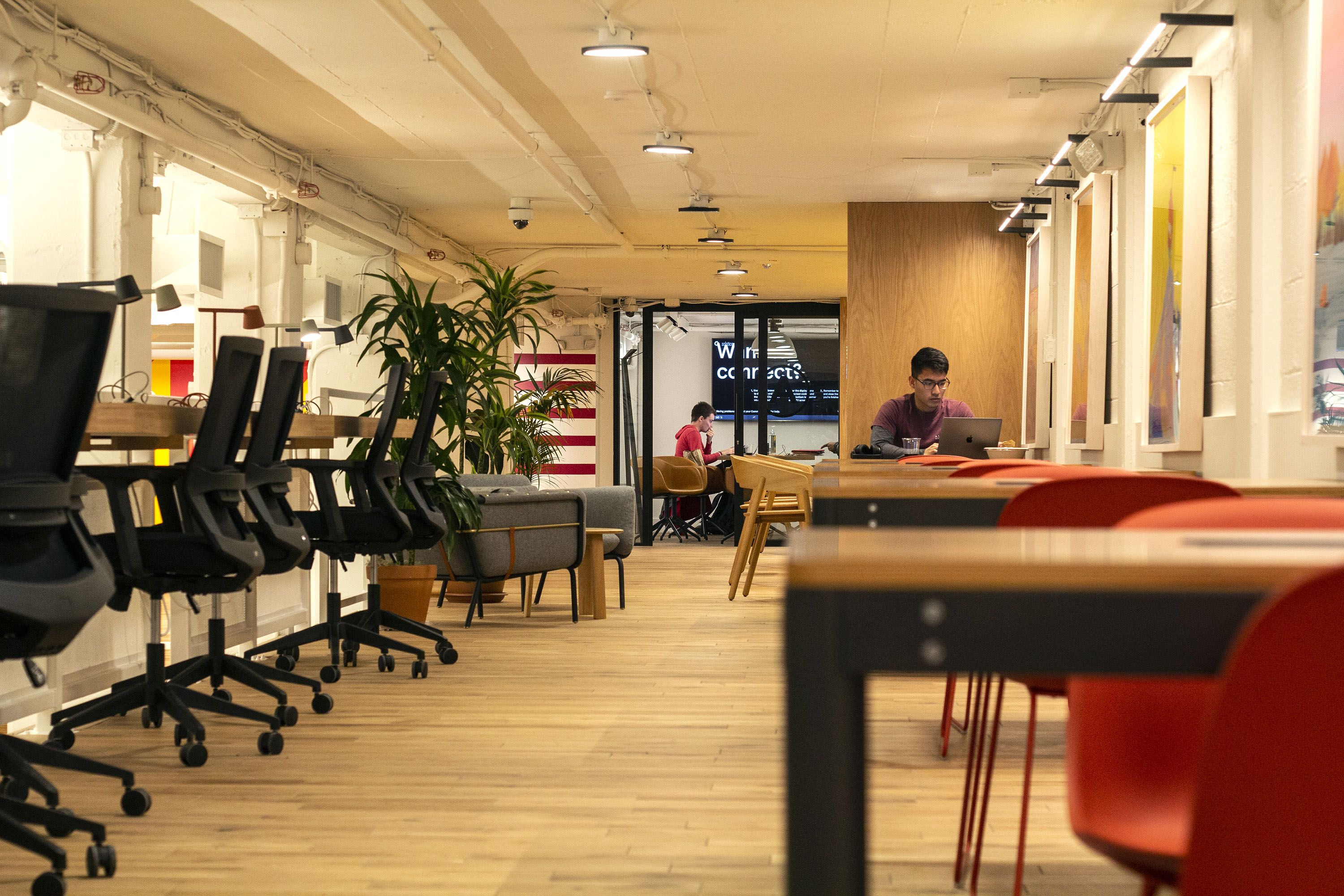 In the past several years, the University of Maryland and the city of College Park have collaborated in an effort to transform the area into the Silicon Valley of Maryland. This entailed trying to persuade big companies — from Adobe to Raytheon to a Capital One “tech incubator” — to set up offices in the Discovery District, the area around The Hotel where innovation and research are supposed to happen.

Also wooed to the Discovery District was WeWork. WeWork is an interesting story. Like many tech and tech-adjacent startups, it does something pretty simple: It’s a company that buys a bunch of real estate that it then sublets as shared office space to participants in the gig economy. At a WeWork location, you can reserve a desk, room or office space for your business or startup.  Pretty normal stuff.

But like many startups, WeWork claimed to be much more than the products and services it actually provided. It labeled itself as a company with a mission to “elevate the world’s consciousness.” Its extremely eccentric founder Adam Neumann claimed he had convinced crooked former Chicago mayor Rahm Emanuel to run for president on the so-called “WeWork agenda.”

And, astoundingly, all of this talk paid off. At one point, WeWork was valuated at $47 billion. The company became the biggest tenant in several major global cities, including New York City and London. Ken Ulman, one of the pointmen on the effort to turn College Park into a tech paradise, spoke glowingly about the implications of WeWork joining the Discovery District: “For WeWork to basically give a vote of confidence toward our Greater College Park Initiative sends a message to the region that ‘Huh, what’s going on in College Park? I want to know more.’”

Many readers know how this story ends. WeWork collapsed dramatically, as reporters and investors alike began to realize that its true worth was nowhere near $47 billion. It’s now valued at less than $7 billion. Neumann left the company, pocketing a cool $1 billion. 2,400 employees were laid off.

So what can College Park and this university learn from the failures of its Discovery District tenant? These failures certainly caution against efforts to make College Park into a mini-Silicon Valley. Every year, more and more insurgent tech companies are revealed to be either overvalued or entirely fraudulent.

Before WeWork, there was Theranos, a company that attracted the support of preeminent members of the global power elite (Joe Biden, Henry Kissinger) and quickly grew to be worth $9 billion. The only problem was that the medical technology it claimed to have innovated never worked. Even a giant like Netflix, which actually provides a functioning product, isn’t nearly the behemoth it appears. The company hasn’t made a profit since 2011 and the basic requirement of its business model — cornering the vast majority of the streaming market — is looking increasingly tenuous with the launch of Disney+ and Apple TV+. Many tech “success stories” are propped up by credulous investors, tricked into thinking a company’s promise  is far greater than common sense would suggest.

We should hope this university and College Park aren’t as gullible. The next administration, as it comes into power, should think seriously about whether it wants to populate its development agenda with the WeWorks of the world. It would be a shame if years from now we realize our “economic revitalization” was built on a foundation of smoke and bluster.