No. 9 Maryland women’s basketball imposes its will in dominating 90-26 win over Belmont 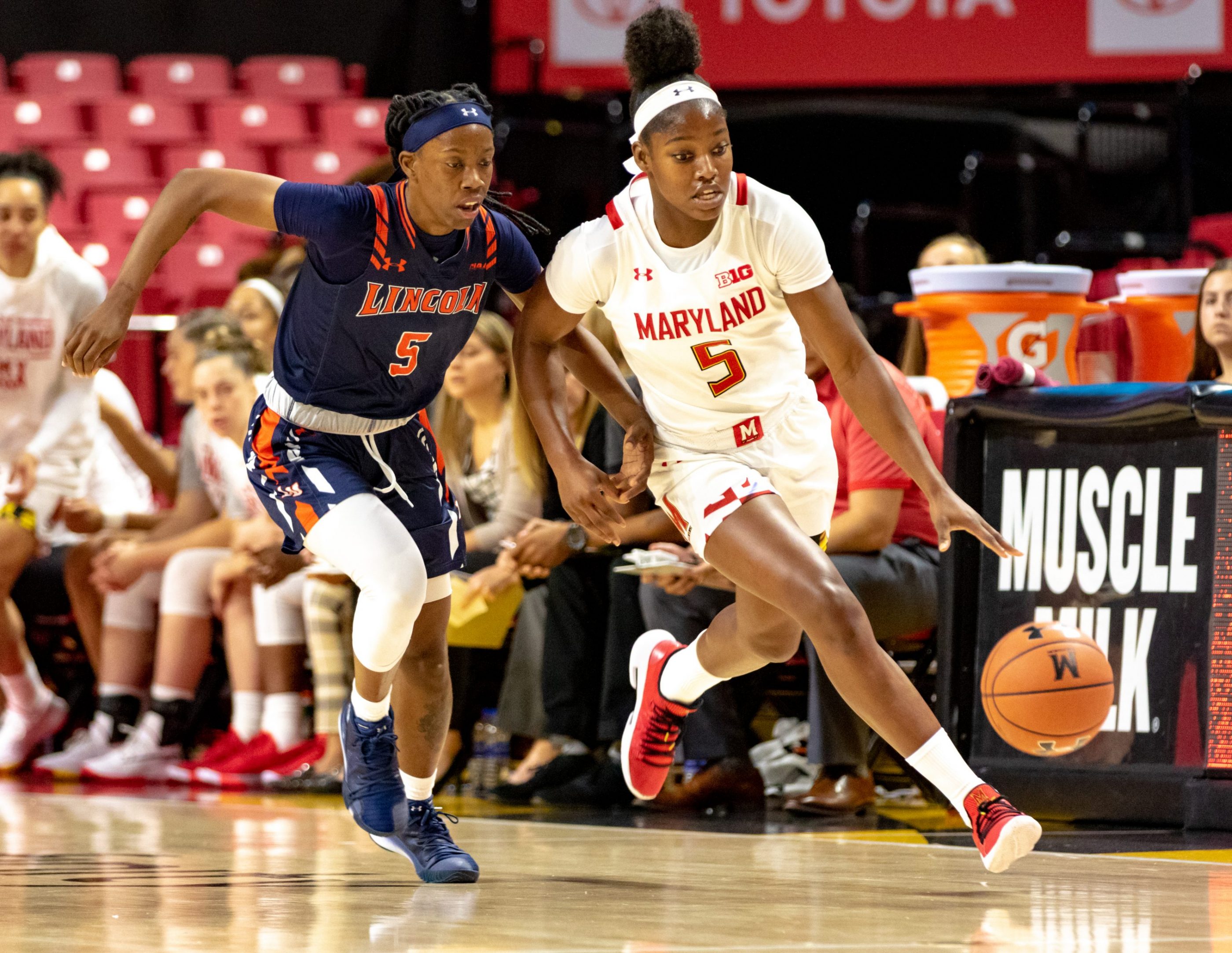 Fearing her team was off to another slow start, coach Brenda Frese once again called for a full-court trap, staying true to her squad’s defense-first style.

So while Maryland women’s basketball looked rusty in the game’s opening minutes — tallying just 12 points in the first period — back-to-back steals in the second quarter led to a Kaila Charles layup and a Blair Watson triple, sparking offensive momentum that would carry over for the rest of the contest.

Once the Terps found their shooting stroke, they cruised to a 90-26 victory over Belmont on Saturday in their second game of the Daytona Beach Invitational, surrendering their fewest points since 2014 in the process.

“For us to be able to hold a really good team like Belmont to 26 points. I thought it was a 40-minute game,” Frese said. “I thought we shared the basketball, but we did it on both ends between our defense and our rebounding and playing off of each other.”

Maryland started the matchup against the Bruins much like its game Friday against Clemson, leaning on defense and scoring in transition to counteract missed shots in the halfcourt. Frese’s squad deployed its “12” full-court trap defense early and took advantage of its length, often forcing a turnover or late shot-clock heave.

Charles’ six first-quarter points kept her team afloat despite a sloppy seven giveaways, but the Terps’ defense held the opposition to just three points in the opening period.

The preseason All-American played her best game of the year, scoring a season-high 20 points on 14 shots. Her teammates often found her cutting hard to the rim as she consistently finished in traffic or hit a pull-up jumper.

Maryland found a groove after forward Stephanie Jones scored the first basket of the second frame with a spinning hook shot — the first of her seven points. Owusu began penetrating the leaky Bruins defense for easy points, too. Her 10 points in the quarter came from floaters or free throws, of which she hit all four attempts.

Although Owusu finished with 18 points, her career-high 10 rebounds proved more valuable for a Terps team that has struggled on the glass throughout the season and lost the battle by seven in Friday’s outing.

Her performance marked the first career double-double for the two-time Big Ten Freshman of the Week, and it was the second consecutive contest in which she hasn’t missed from the charity stripe after previously shooting just 51.8 percent from the line.

“It was great being able to share [the double-double] with my teammates and coaches,” Owusu said. “Coming into these games coach really focused on rebounding, so I think that’s really what I was mainly focused on and came out and rebounded the ball.”

Maryland built upon its improved shooting stroke and determined defense in the third period to quickly put the game out of reach. After a Bruins 3-pointer on the half’s opening possession, the Terps held them scoreless for the rest of the quarter en route to a 28-0 run.

The offensive outburst was a collective effort, as four different players scored at least six points in the frame, with Watson draining a pair of 3-pointers and forward Shakira Austin — who struggled in the first half on just 1-for-4 shooting and five turnovers — taking full advantage of her size in the post for seven points.

The Terps continued to lock up the Bruins and held them without a score for the final period’s first five minutes, while also imposing their will on the offensive end despite playing the reserves. They forced 28 turnovers, won the rebounding battle by 21 and held the Bruins to just 18.2 percent from the field for the team’s sixth-straight win.

Maryland tallied 53 points in the second half on 53.8 percent shooting with five triples, but guard Taylor Mikesell had her second scoreless game of the season, never finding her rhythm in 31 minutes played.

In the end, though, the No. 9 team in the country had no issue showcasing its talent on both ends of the floor in the 64-point throttling.

“I thought for us, this game was a 40-minute game,” Frese said, “and so we showed how special the team can be when we lock in and we play hard for 40 minutes.”