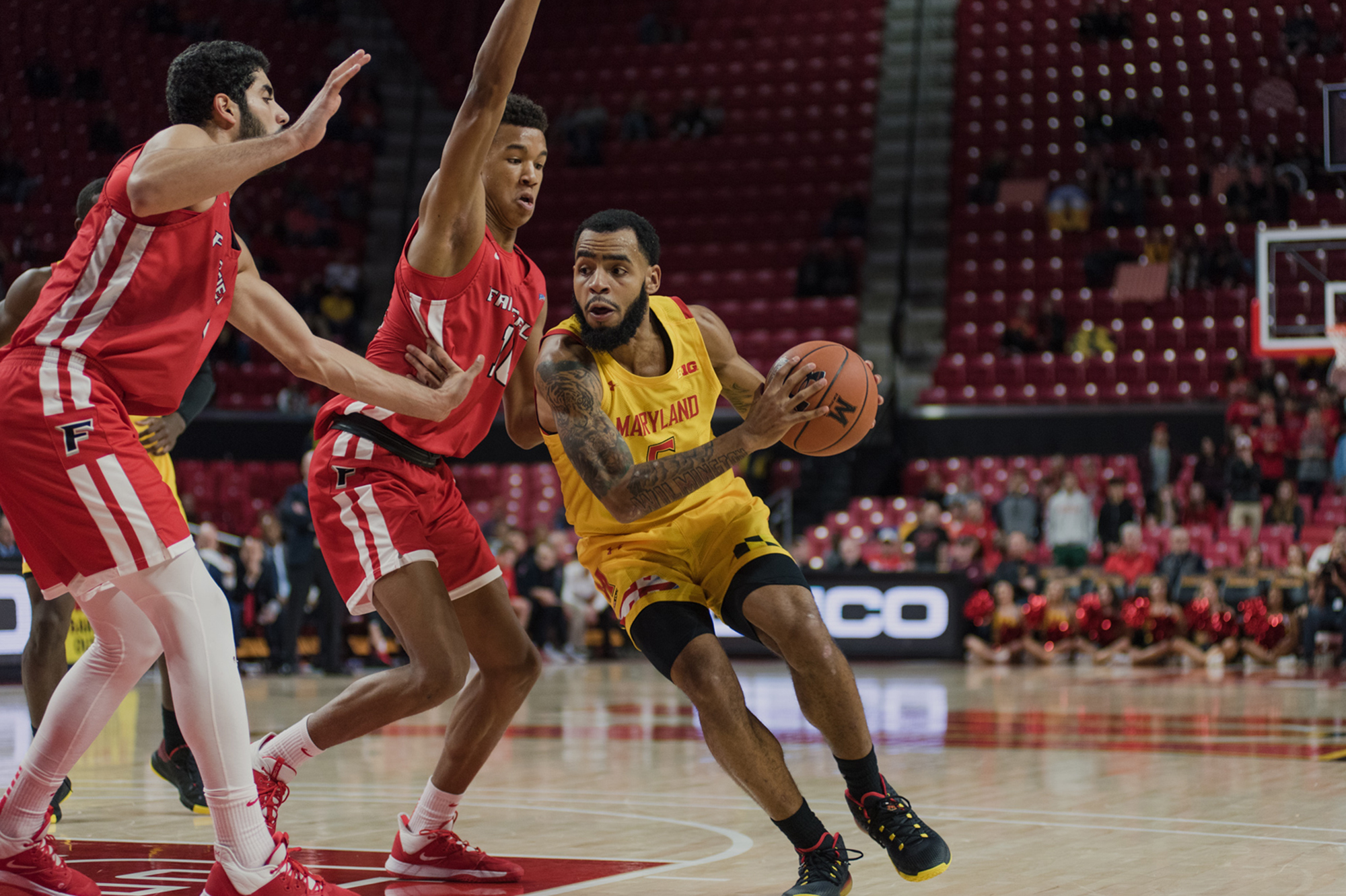 Maryland men’s basketball will spend Thanksgiving at the Orlando Invitational, a three-game tournament that offers coach Mark Turgeon’s squad their toughest test of the young season. The Terps’ first game will be against the Temple Owls, a familiar opponent in football in recent years, but not in basketball. They will face off at 11 a.m. EST on Thursday inside HP Field House at the ESPN Wide World of Sports inside the Walt Disney World Resort.

We asked Alex McGinley of The Temple News about the Owls and a battle of unbeaten teams. Our conversation has been edited slightly for clarity.

There’s been a lot of change with Temple basketball since the end of the 2018-19 season, when the Owls fell to Belmont in the First Four. Shizz Alston Jr., the senior standout and First Team All-AAC and All-Big 5 honoree, graduated; longtime head coach Fran Dunphy retired, replaced by former Owls standout Aaron McKie. How has McKie looked so far and what has the team done to replace Alston Jr.’s production so far?

Overall, Aaron McKie has looked good so far. He’s led the Owls to a 4-0 start. He’s done a great job of utilizing more bench players this season. For example, two of Temple’s top scorers from its win against USC, Josh Pierre-Louis and De’Vondre Perry, both came off the bench. However, McKie’s first four games haven’t been perfect.

Temple is only shooting 29.6% from behind the arc. They’re also only shooting 67% from the free-throw line. Both of those areas were less of an issue when Shizz Alston Jr. was on the team last season.

The Owls have more of a balanced scoring attack this season now that Alston is gone. Nate Pierre-Louis and Quinton Rose are averaging 15 points per game. Alani Moore II and Perry aren’t that far behind, averaging 9 and 8 points per game, respectively.

Maryland is by far Temple’s biggest opponent so far this season and probably the biggest opponent they will have the entire season. With the Owls being 1-0 in Big 5 play, though only beating La Salle by five, how much does the intensity of Big 5 basketball help against top-ranked opponents like the Terps?

It definitely helps. Temple and La Salle have played in a lot of close games in recent years. In the La Salle game this year, Temple had a 21-point lead with 8:39 remaining in the game. La Salle obviously came back to make it a closer game. If Temple let that happen against a team like Maryland, they would take advantage. Big 5 wins don’t come easy.

Villanova is obviously ranked and the toughest Big 5 team by far. St Joe’s has had really close games with quality opponents this season. Penn is only two years removed from an NCAA Tournament appearance and still has a few players from that team. Having a Big 5 game under their belt will help Temple against a quality opponent like Maryland.

Through four games this season, what do you think has stood out most on the positive and negative ends for Temple?

A huge positive for Temple this season is the improved play of Nate Pierre-Louis. He’s one of the best two-way players in the country. He’s a really good rebounding guard. He’s earned a double-double in three of Temple’s games this season and leads the team in points and rebounds per game.

He’s not afraid to attack the rim and get to the free-throw line. He also brings defensive intensity with steals that have led to fast break points for the Owls. He’s second in The American with 14 steals. A huge negative for Temple this season has been three-point shooting.

Like I said, they’re only shooting 29.6% percent from the three-point line. They haven’t been able to find a consistent three-point shooter so far this season to replace Alston.

Their best three-point shooter has been Rose, who is 8-for-20 this season. Perry has made 44% on only nine attempts. Nate Pierre-Louis and Alani Moore are shooting 15% and 29% from behind the arc, respectively.

Is there an impact player, like Alston Jr. last year, that could have a similar impact for the team this year, someone like a Quinton Rose or a Nate Pierre-Louis?

Nate Pierre-Louis has been the Owls’ best player by far this season. Like I said, he’s able to create opportunities for the Owls both offensively and defensively.

Quinton Rose has probably been the Owls’ second-best player this season. He’s right behind Pierre-Louis in points per game.

However, the inconsistent three-point shooting remains a problem for both players. If they want to be impact players this year like Alston was last year, they must improve in that department. Whether or not Temple makes it back to the NCAA tournament this year will likely depend on the play of Pierre-Louis and Rose.

Temple will win if…

It can create defensive intensity and convert on three pointers.

It can take advantage of Temple’s inconsistent three-point shooting and turnovers.