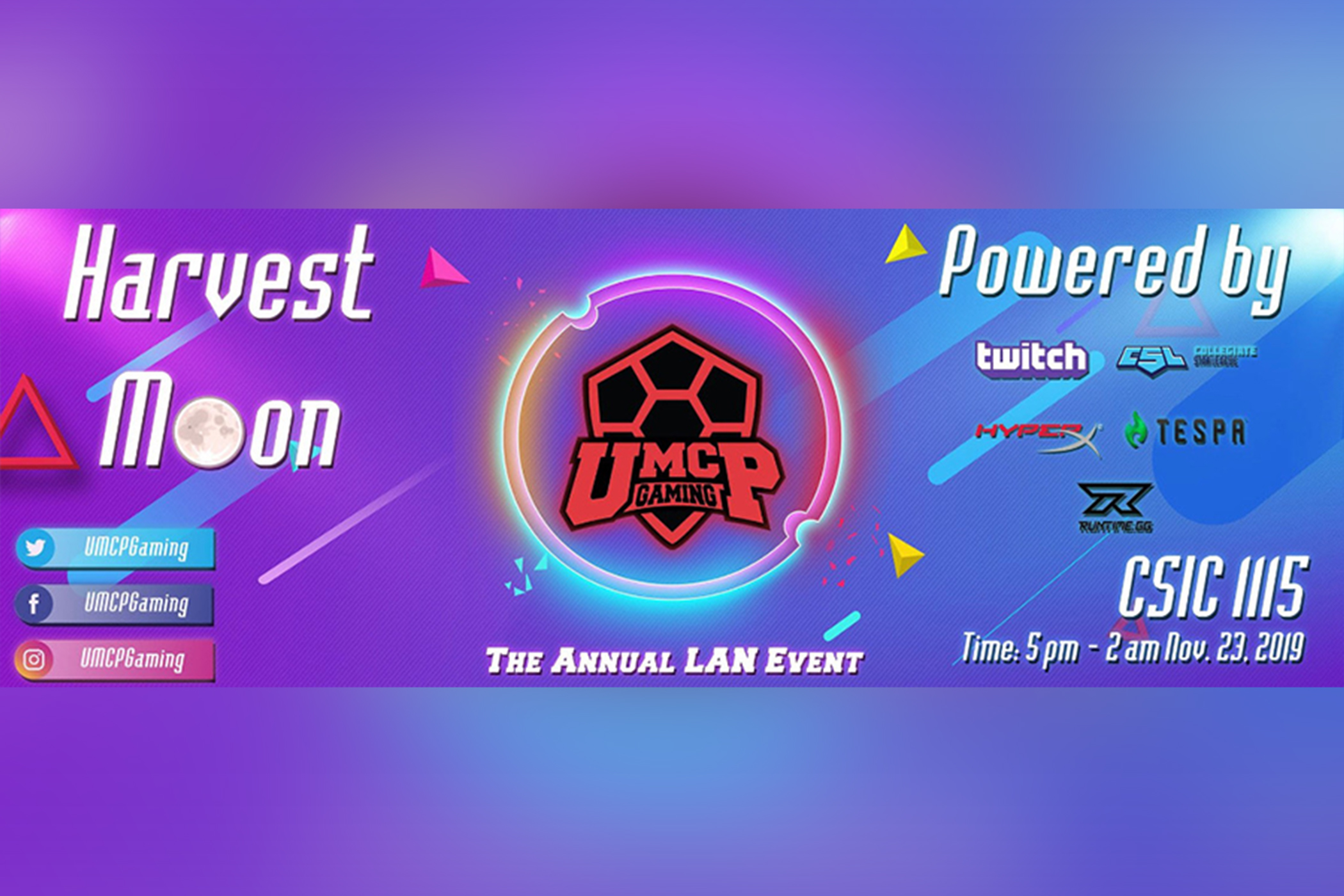 At 11:30 p.m. on a Saturday night in the Computer Science Instructional Center, you would presume that the building — one which is typically bustling during the academic week — would be as dark and empty as all the others on campus. But through a door left cracked open with bright light leaking out, you’ll enter to find a large instructional room filled to the brim with voices, laughter and the layered, exaggerated sound effects of slicing, punching and shooting. The cause? The Harvest Moon LAN event hosted by the UMCP Gaming club.

Senior computer science and operations management and business analytics major Joel Yoo, who is the founder and current president of the club, explained that LAN stands for “local area network” — and LAN parties, as they’re colloquially known, are gatherings in which people come together to game.

[Read more: Review: The ‘Untitled Goose Game’ is a serious puzzle game with a lighthearted aesthetic]

This was sort of the point of Saturday’s event. Traditionally, LANs were held so people could game together without a complete dependence on the internet, instead connecting within a private network and being able to have a shared experience with others who were in on it. Now with greater accessibility to the internet, playing with others, even friends, is almost a reflex. But Yoo explained that the club uses the term “so that people come together in person … We want to get a more personal connection with people and the community.”

You might be wondering what an LAN party looks like — the Harvest Moon LAN event had dozens of attendees, some more casual gamers and others who are heavily involved in the University of Maryland gaming community. All were sitting in the rows where computer science students usually receive instruction, and even though the seating was uniform, each person had their own experience going on.

Some brought their entire desktop setups — powerful and expensive computers that are essentially built for gaming — while others were on their laptops. Some had earbuds in and others sat talking to friends. Not everyone was even gaming, as one person read manga online and others seemed to just be making the rounds and chatting. In the very back of the room, cult favorites, like Super Smash Bros., were set up to add some variety to the mix. Despite all the commotion, there was a strong sense of community. People were there because they wanted to be, even if they were quietly playing a game and not speaking to anyone.

In the front of the room, there were two screens that shared the event art and corporate sponsors for the night, some of which are huge names in the industry, such as Tespa, Twitch and Collegiate Starleague, an organization that hosts intercollegiate gaming tournaments. There was a livestream of the event featured on the club’s very active Discord server, with over 1,800 members, a huge life source for a club that has grown rapidly despite only being created Yoo’s freshman year.

As the night continued, it was announced over a bullhorn that there would be a rock, paper, scissors tournament at midnight, with two prizes: a fancy headset and a computer keyboard. As more than 40 people shuffled upstairs to the room of the tournament, excitement for the prizes (thanks to the attention garnered from their many sponsors) was the motivator for performance in the more rudimentary game.

One of the participants, William Vickers, a junior transfer student enrolled in letters and sciences, explained that joining a group like this university’s gaming club allowed him to make new friends who already had shared interests. Vickers, while sitting with other members of the club, talked about the role these gaming events played in helping them create friendships.

Arvid Samuelson — a club member who isn’t a student, but works as a lab manager with the education college — also shared the gaming club helped him meet people after he moved to the area from California and didn’t know anyone.

And as I asked the group if they planned to stay for the entirety of the event — which was slated to go until 2 a.m. — junior environmental science and technology major Luke Terrell perhaps vocalized the very spirit of the night’s event when he explained why he’d stay.

“Do we go back home to still play games together? Or do we just stay here?”