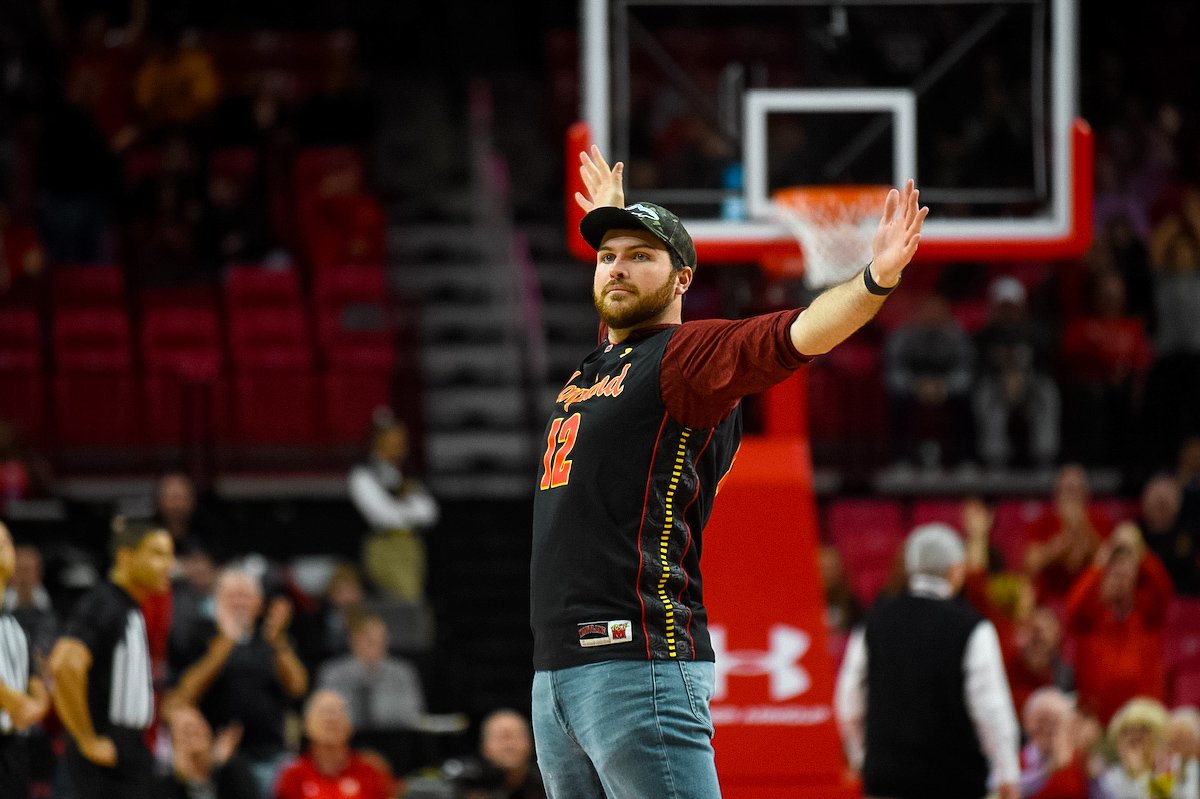 Charlie Gaines salutes the crowd after nailing a half-court shot to win $500 and free chicken. (Image via Maryland Basketball/Twitter)

After hitting a layup, swishing a free throw and draining a three, Charlie Gaines had a half-court shot to make. People rarely even get past the free throw in this challenge, so the Xfinity Center fans were getting loud and raucous.

The Maryland grad student got to the half-court line, pumped up the crowd, and unleashed his heave.

When Charlie Gaines stepped onto the court, we didn't know what to expect…

But what we got was pure electricity! pic.twitter.com/nlC4unJcGW

He drained it. A perfect shot to win $500 and a lot of Sardi’s chicken. Xfinity Center went wild and Gaines became an instant legend.

That night, he was featured on SportsCenter. On University of Maryland alum Scott Van Pelt’s segment “Best Thing I Saw Today,” he featured Gaines nailing the bucket.

It did not stop there for Gaines, as he was once again put on center stage during Maryland’s game against Nebraska Saturday.

This time, he had to nail a field goal, from roughly extra point distance. Gaines not only had to live up to the hype he created on Friday but also the other Maryland students who have done the field goal challenge. There had been three consecutive made kicks, with students drilling field goals in the Penn State, Indiana and Michigan games.

As Gaines strutted up to take the field goal, the remnants of the student section got on their feet. The kick looked good, but it was just off.

He had the hight and distance, but Gaines pushed the kick just a bit wide.

Despite the missed field goal, it’s safe to say that the legend of Charlie Gaines is a strong one.