Review: The ‘Untitled Goose Game’ is a serious puzzle game with a lighthearted aesthetic 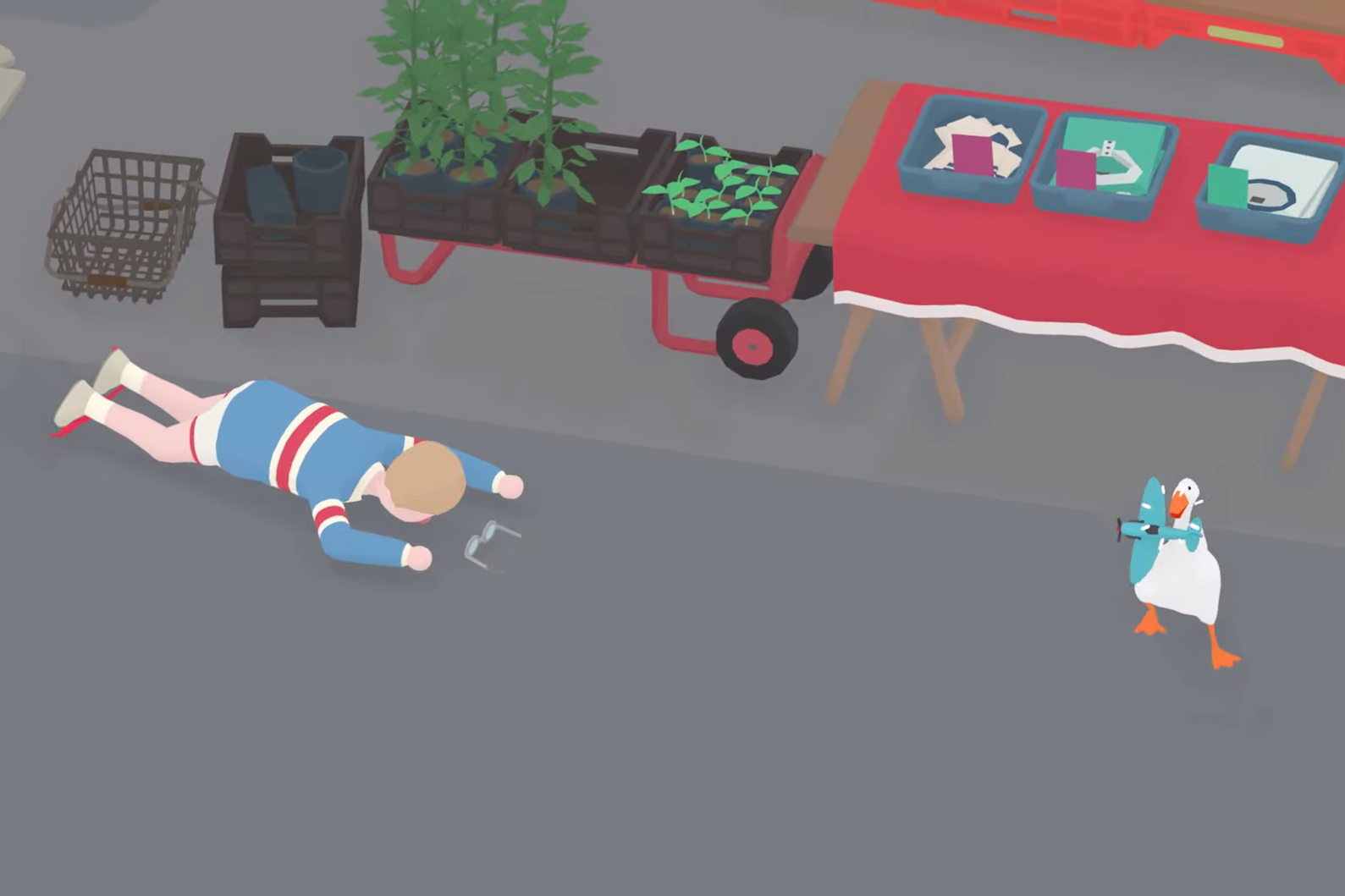 I’ve never played a game that, on its face, is as straightforward as Untitled Goose Game.

Aside from your standard movement controls, the only special things the goose can do is flap its wings, pick stuff up and — of course — honk.

You’re also provided with a handy list of objectives to guide you. Those range from benign (“get dressed up with a ribbon”) to properly insidious (“trap the boy in the phone booth”), but they can all be boiled down to mirror a real-life goose’s life goal: to annoy the living hell out of anyone it comes across.

Unlike a traditional AAA game, the Goose Game doesn’t make it easy for you to hit those objectives. There is no brightly lit marker to casually waltz toward. You’re left to honk your way through the quaint British town, Debussy’s Preludes keeping you company, just rearranging objects to see if you can provoke the response you’re after.

It can be frustrating, especially if you’ve been waddling around for some time trying to figure out how to get the boy to buy back his own stuff or how to get the farmer to put on a different hat.

What it takes to get through the game is not just a good amount of patience, but some creative thinking as well. That mostly comes down to the developers choosing to straddle the line between traditional, linear gameplay and a more open-world environment.

While you do have a list of goals to meet, the Goose Game functions in a way where the problem-solving is often left to “Hey, what if…” moments. Sure, there are only a set number of ways that in-game humans are programmed to react, but they’re also not immediately obvious.

It’s a good thing then, that the developers have designed the game to be extremely foolproof. You can’t die, and there is no way to irreversibly screw yourself out of completing an objective (although there is a reset button when needed).

Sure, the humans will shoo you away or take back the things you’ve stolen from them, but — much like Kanye West after saying something controversial — the goose soldiers on. It’s actually interesting because that aspect passively encourages you to throw all caution out the window and keep trying new things.

The other thing I love about the game is how everything looks.

If you’ve spent any decent amount of time on the internet recently, you’ve probably already heard of “The Goose.” It’s spawned memes, parodies and fan art, made possible by the extraordinarily simple aesthetic of the game’s protagonist.

Unlike real-life geese — which are plainly evil — the one you command to waddle around is refreshingly devoid of any emotion. Trip a kid and steal his glasses? Deadpan. Scare a man into hammering his thumb? Zilch. The only glimpse we really get of how the Goose is feeling is the occasional cartoon sweat when it’s dragging something particularly heavy.

It’s like the developers took the idea of “less is more” to the extreme and made it work. You could be clutching someone’s prized possession while they chase you down, and the Goose would still have no expression. It’s fantastic.

Do I wish that it was a bit more to it? Sure.

Aside from completing all the objectives in an area and getting to move on to the next, there’s no good sense of progression. It begins to feel tedious after a half hour or so when you inevitably hit a brick wall. But having said that, it’s easy enough to pick back up, even if you leave it for a few days.

What you end up getting is a game that sits in a weird niche. It’s an absurd premise — one that’s simultaneous innocuous yet novel — and one where it’s easy to believe that the entire project originated from a single joke in Slack. On the other hand, it’s also entertaining enough to give you some good chuckles.