Review: ‘Stage Fright’ leaves the world of comedy behind 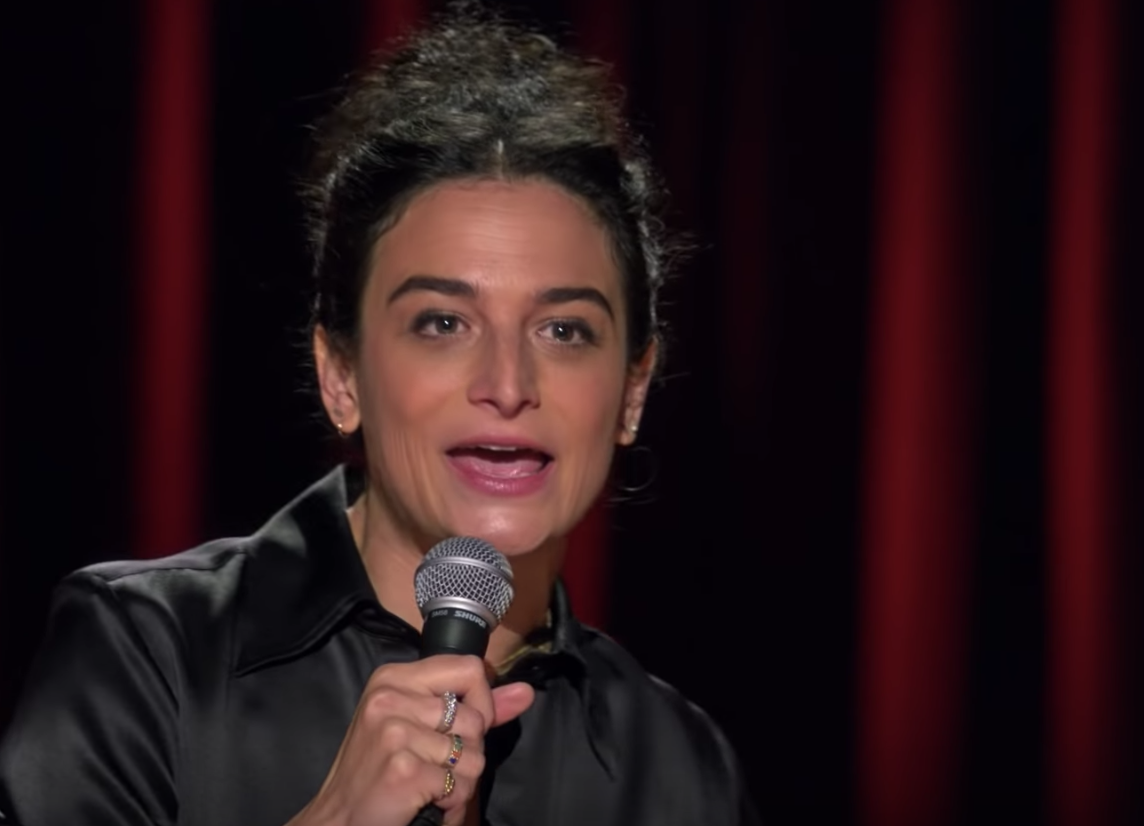 When Jenny Slate steps out on stage, you expect her out-there style to have you gasping for breath. She’s made a name for herself with over-the-top characters, such as Mona-Lisa Saperstein on Parks and Recreation and Missy from Big Mouth. She’s loud and obnoxious with a purpose.

Her newest Netflix special is anything but. Stage Fright can’t accurately be summed up as a comedy special. There are parts of it that are very funny, but that almost seems like an after effect. Stage Fright is a woman publicly reckoning with herself and daring to be happy.

The first ten minutes or so are more or less a typical comedy stand-up. Slate bounces around on stage, teeming with nervous energy. It’s less funny and consistent than her usual work, but the theme of desire for love and acceptance from others emerges as the special begins to intertwine with footage of Slate’s family in her childhood home. Slate interviews them about a variety of topics, blending silly and serious until we can’t tell the difference.

Among the host of family members who make an appearance, by far the most entertaining are her grandmothers. Stage Fright manages to recreate Jewish-American family life for the screen in a gentle homage that’s only slightly tongue-in-cheek. Slate doesn’t recreate the overcontrolling matriarch figures that modern media loves. She shows her family as they are. As funny as her grandmothers are, they’re also the perfect picture of unconditional love that will leave any Jewish woman (this one included) feeling deeply nostalgic.

Stage Fright is no one thing. What seems to begin as rambling becomes something deeply sensitive and confessional, at times seeming almost like an intrusion on a family film. Slate pushed herself onto the screen. She didn’t make it look easy, but I came out of it feeling like I know her, like she reflects something deeper about myself.

Slate didn’t try to show just one aspect of herself. She made it clear that every part of her life— her family, her sexuality, her religion and more — is all so deeply intertwined.

The special leaves off on a note of delicate, lighthearted hope. Slate doesn’t pretend to have the answers or be able to laugh openly at life — indeed, at some points she struggles not to cry — but she admits that she hopes she can laugh about it someday. Someday she’ll have the growth and the ability to make jokes about it, but until then Slate can talk about it with her family and learn to cope.

She brings us into her life in a way that’s both silly and freeing. Slate takes the responsibility to be vulnerable off of our shoulders. She shows us her life, even the parts that she doesn’t think are funny.