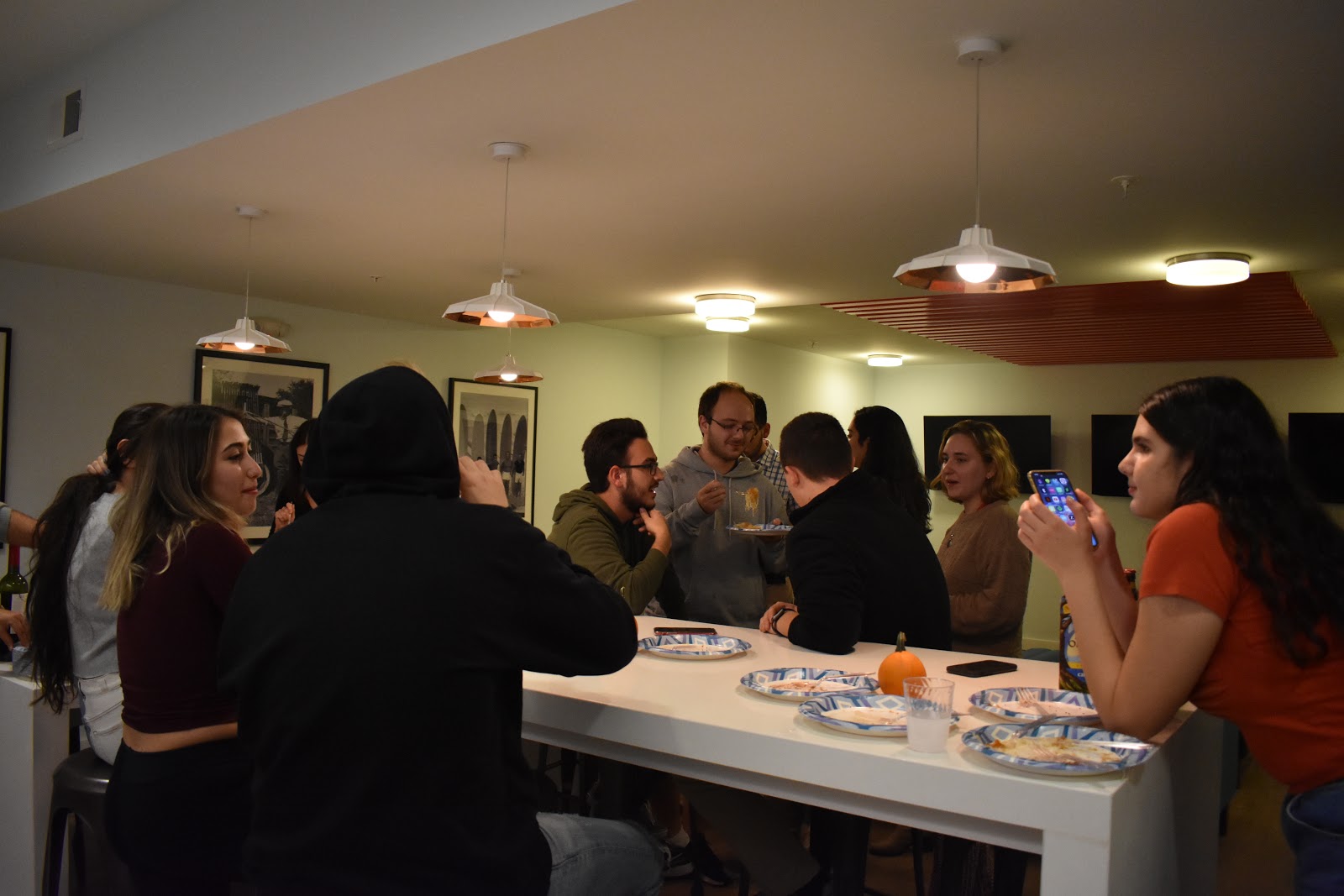 Students from the Turkish Student Organization celebrate the Republic Day of Turkey on Oct. 30, 2019. The 96th anniversary of Turkey’s government becoming a republic was Oct. 29. (Madison Peek/For The Diamondback)

Even on a rainy, dreary Wednesday night, the University of Maryland Turkish Student Organization managed to light up the room with a lively celebration of the Republic Day of Turkey.

Tuesday marked the 96th anniversary of Turkey’s government proclaiming the nation a republic, symbolizing a tradition of freedom and independence to the Turkish people.

“I’m beyond proud of [the Republic Day of Turkey], because of that day now I have the opportunity to be here and get my education,” said Ecem Ünal, Turkish Student Organization president and a sophomore biology and psychology major.

Ünal, who became president of the organization this year, said she reconstructed the club with the vision of community, reaching out to many students and putting an emphasis on inclusivity. It’s a community that’s become tighter-knit in recent months, Ünal said.

Earlier this month, President Donald Trump pulled U.S. troops out of Syria, leaving the Kurdish fighters who have fought Islamic State fighters alongside the Americans since 2014. For students like Ünal, the conflict can be very personal.

“It’s so complicated,” she said. “I was born and raised in Turkey. Many things I’ve heard in the news is not like my experience.”

Ünal said the club spends time discussing current issues that relate to the Turkish student community, such as the recent conflict between Kurdish fighters based in northern Syria and Turkey, which has been brewing for years over border disputes.

And it’s conversations like those that have drawn the group closer over the semester, as they’ve eaten food, socialized, and discussed Turkish culture. Dercem Kaya attended the club as a freshman, but rejoined this year after the organization put more of an emphasis on community and reached back out to her.

“When I saw that people actually came and had fun and enjoyed each other, that meant so much more than just going to a meeting,” said Kaya, a senior government and politics major. “You can tell people want to be here because they enjoy each other’s company.”

Borga Cinar, a junior economics major, transferred to this university this fall and said he found community with the organization quickly because of his Turkish heritage.

“It’s always easier to talk to someone who has a similar background to you, because they understand what you’re going through,” Cinar said.

Despite the conflict and turmoil, the Turkish Student Organization used the Republic Day of Turkey as an opportunity to come together and celebrate a shared love for their heritage.

“It’s definitely a highlight when you’re watching all the news and people are still coming together to celebrate. It’s such an important day, especially because of the controversy going on,” Kaya said. “It’s unifying even more.”