Review: ‘Dolemite is My Name’ immortalizes the Godfather of Rap for the 21st century 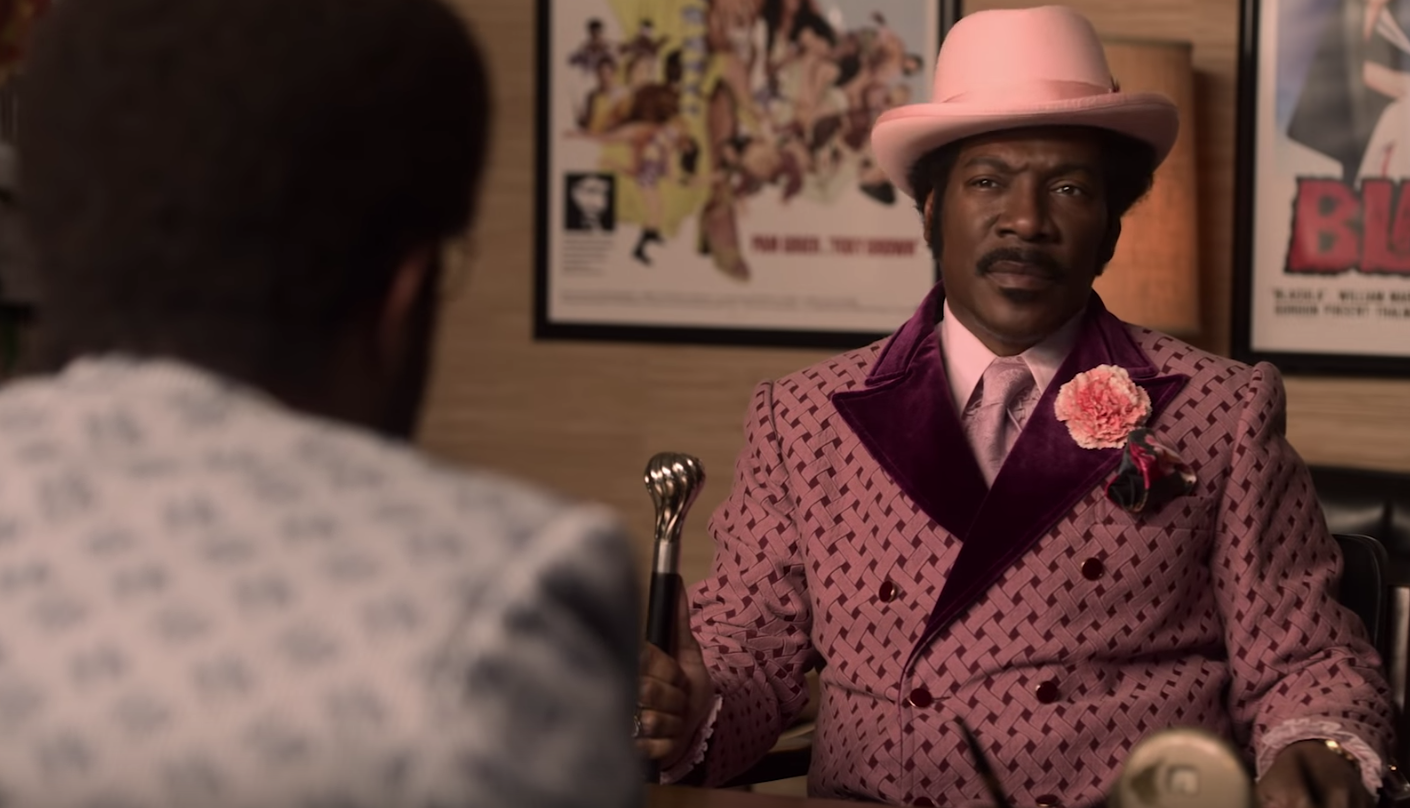 Eddie Murphy in 'Dolemite is My Name' (Photo via YouTube.)

You may not know the story of Rudy Ray Moore, but your favorite ’80s rappers definitely did. Dolemite is My Name, a biopic on Moore, dropped on Netflix this week. Eddie Murphy stands at the forefront of this star-studded cast to retell the story of the comedic genius, R&B-singer and dancer who kickstarted rap.

Dolemite is My Name depicts his rise to fame on the comedic circuit as well as the incredible making of the blaxploitation film Dolemite, which Moore pulled together with the support of his community and the sheer force of will.

In the 1970s, the world of black comedy welcomed “Dolemite,” a pimp with a dirty mouth and a clique of kung-fu fighting prostitutes. Moore’s title character became a fan favorite for a generation.

This film revives Moore as an unlikely music and movie business mogul: The “Godfather of Rap” who continued the blues tradition of toasts with dirty rhymes and R&B beats to launch a new genre.

Moore took a stereotypically lowbrow tradition and used it to inspire comedy. The biopic does the same. As raunchy as the humor can be, the film is always there to remind us of the heart behind it.

The film reinvents the vibrant, retro L.A. that was teeming with black culture and art — the version so often swept under the rug by pop-culture history. Moore has no linear path to success. He puts it all on the line again and again to create an artistic vision that is on par with any of the high-and-mighty ones his contemporaries use to taunt him. The constant high stakes for his career and dignity make the film as tension-filled as it is entertaining.

Every scene explodes with color, satirizing the pimp costumes and culture to the same level Moore once did.

Beyond the high-energy humor Murphy is known for, he brings sensitivity to the camera. We feel for Moore as much as we laugh at him.

As brilliant as Murphy is, the role that demands center stage is Lady Reed, played by Da’Vine Joy Randolph. A smaller star than her castmates, Randolph was one of the only female characters in the film but still outshone most of her male co-stars in the process. Randolph naturally took to the screen, bringing sensitivity to a moment of humor and love to a scene of self-deprecation.

The biopic explores success as a concept beyond the ability to “cross over” into the white market. As often as Moore is reminded that it isn’t advisable to make a movie for the five blocks of people he knows, he reminds them that “every city in America got them same five blocks.”

Dolemite is My Name is a genuinely funny movie. Relentlessly filthy scenes pair with vicious commentary on the times that would have made Moore proud. Whether or not you like toast tradition or have heard the dirty rhymes associated with his name, Dolemite is My Name will become a new favorite.