Is the press really adversarial? 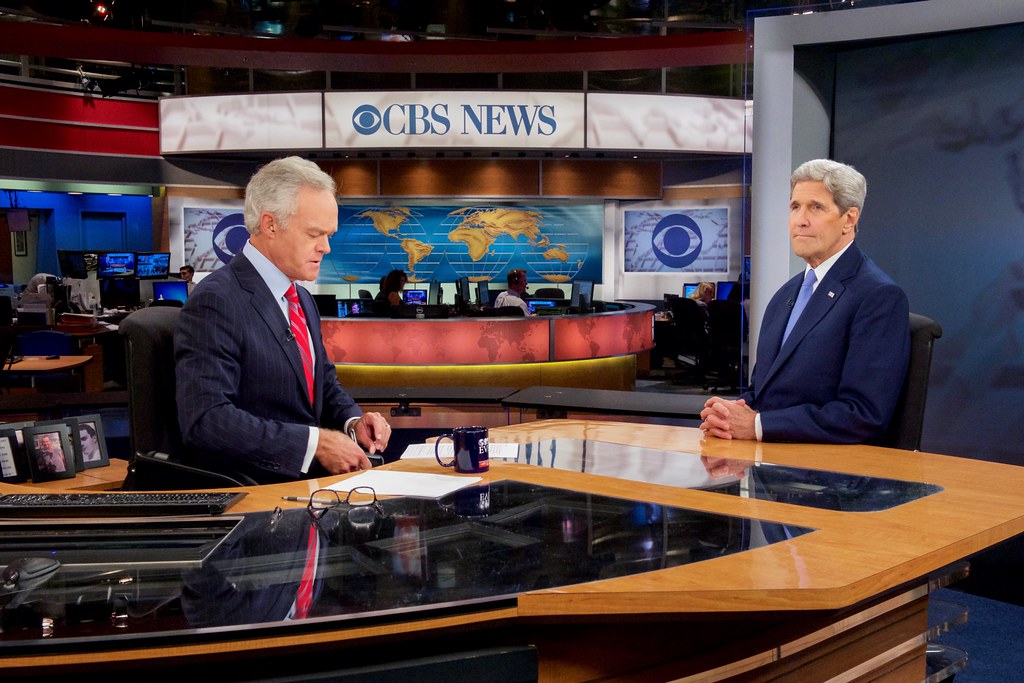 The impeachment inquiry against President Donald Trump has been accompanied by a steady stream of comparisons to Watergate, the scandal that ultimately ended in former President Richard Nixon’s resignation. The press has gone all in on its coverage of Trump’s dealings with Ukraine, conjuring images of the heroics of Washington Post reporters Bob Woodward and Carl Bernstein in their investigation of Nixon.

This kind of scandal-driven coverage is consistent with the image of the press presented in movies and in the public’s imagination. Think about movies like The Post, which chronicles the release of the Pentagon Papers, or All the President’s Men, an account of Woodward and Bernstein’s uncovering of Watergate, and you get a pretty clear idea of how the media is commonly conceptualized. Reporters do whatever it takes to uncover the truth and thwart powerful people along the way; the news media is firmly positioned as the opponent of corruption in government.

This optimistic portrayal has some resemblance to the real world: Woodward and Bernstein helped bring down a sitting president, and the release of the Pentagon Papers was a turning point for public opposition to the Vietnam War and a major victory for transparency in foreign policy.

But as research on the media has shown, the typical depiction of the news media as adversarial to the government is somewhat misleading. Despite the existence of some excellent critical investigative reporting in the mainstream media, the press has historically been accommodative of powerful interests.

Political scientist Lance Bennett has posited that mainstream news tends to be “indexed” to the spectrum of opinion within the government. This means that coverage isn’t independent of government — rather, it reflects the bounds of the debate among elites in important institutions.

In cases like Nixon’s impeachment or Trump’s scandal, the media certainly took on very important people in their coverage. Woodward and Bernstein’s investigation is the perfect example of an adversarial press when there is support for critical coverage among political elites: The wrongdoing they exposed was a conspiracy against the entire Democratic Party.

So critical coverage is present when there’s support for it among powerful people. The image of the media crusading against the powerful isn’t so far off when looking at coverage that is consistent with some facet of elite opinion.

But a truly oppositional press would act independently of the positions of powerful people, and that doesn’t seem to be the case. In a 1996 paper, John Zaller and Dennis Chiu demonstrated that the slant of coverage of foreign policy crises is closely associated with the positions of government officials. To a significant degree, reporters take cues from those in power, translating elite opinion into the slant of the news.

This accommodative tendency in the media is nothing like the popular perception of news organizations and reporters. One of the clearest examples is the coverage of the Vietnam War. Much attention is paid to the Post’s and the New York Times’ coverage of the Pentagon Papers, which detailed the government’s role in misleading the public about Vietnam. But as media scholar Daniel Hallin showed, the media’s coverage didn’t turn critical until later stages of the war, when opposition to U.S. involvement in Vietnam became more common in elite circles. The earlier stages of the war, when debate in government didn’t include much outright opposition to war, featured much more favorable coverage.

And this mirrors the treatment of other controversial issues in the news. More recent research found that the press’ treatment of issues such as the Iraq War and torture at the Abu Ghraib prison closely tracked the position of the White House when there was little opposition within government. One particularly memorable example of this media bias during the Trump administration was Brian Williams’ fawning over the bombs dropped on Syria, which he called “beautiful” in an egregious example of the media’s general fascination with military equipment.

Unfortunately, the mythology of an adversarial press doesn’t always hold up. Of course, there are many talented reporters doing important work, and the mainstream press has tremendous value to the extent it holds government accountable and informs the public. But the critical coverage of Watergate or Trump’s impeachment doesn’t tell the whole story, and a closer look at the news media reveals a press that all too often kowtows to the powerful.