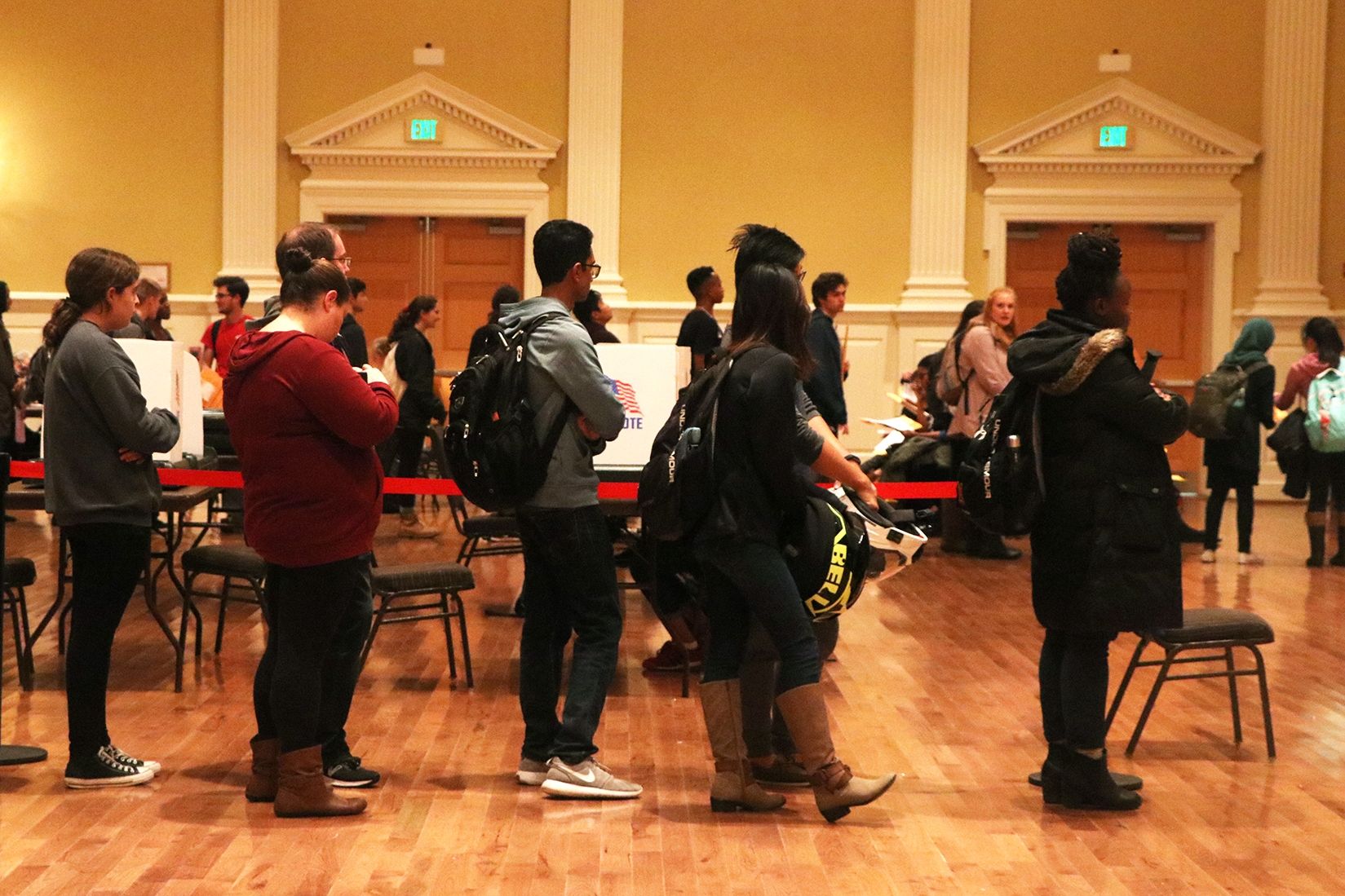 College Park elections are set to begin in less than two weeks. And this year, for the first time, voters will have the option to cast their ballots early — and at two locations on the University of Maryland’s campus.

Early voting will take place on Sunday from 10 a.m. to 6 p.m. at the College Park Community Center. On election day, Nov. 5, Stamp Student Union and Ritchie Coliseum will be transformed into voting centers, after years of pressure from student groups.

Any eligible voter can go to one of the voting centers between 7 a.m. and 8 p.m. on election day, no matter which district they live in. In addition to the Stamp and Ritchie locations, Davis Hall will serve as a polling place.

Mayor Patrick Wojahn said the goal is to make voting convenient. Stamp is one of the most trafficked places in the city, he added.

“We are working on making it easier for all residents to go out and vote, including students,” Wojahn said.

City Hall — which has served as a polling place in the past — is temporarily closed for renovations. Ritchie was chosen for its close proximity to the building, said Dan Alpert, a junior marketing major who is also the student liaison to the City Council.

When Alpert was a freshman, he said, he had to navigate the bus system and find a way to Davis Hall — about two miles from the university’s main entrance — in order to vote. This year, he said, the process should be more accessible.

“It’s better when more people have a say, so I think it’s great,” Alpert said.

Patrick Saumell, a junior economics major who is the civic engagement director for this university’s Student Government Association, said students should make an effort to be involved in local politics.

The council deals with issues of police and public safety, rent cost and affordable housing, public transit and metro access, Saumell added — all topics that could affect students’ quality of life.

District 2 council member Monroe Dennis said the flexible center options, along with early voting, should help voter turnout. During the last election, less than 15 percent of the city’s eligible voters showed up to cast ballots.

Dennis, who has been a council member for almost eight years, said that there have been periods where he has run uncontested. This year, though, he’s running against resident Oscar Gregory and current District 2 council member P.J. Brennan.

In all, this year’s elections will see 14 candidates vying for spots on the council. Wojahn, who is finishing out his second term, is challenged by Lalzarliani Malsawma — who ran for the seat in 2017 — and Nikesha Pancho.

This year’s candidates have debated a slew of common discussion points, such as city spending and safety, City Hall renovations and term lengths — but there’s also been outcry against poor conditions in local public housing and homophobic comments made at forums and debates. Some residents walked out of a debate last week after Malsawma made homophobic remarks, listing off council and city positions she said were held by openly gay people.

Saumell said he’s constantly encouraging students to vote — and that he’s optimistic about the impact of the new centers.