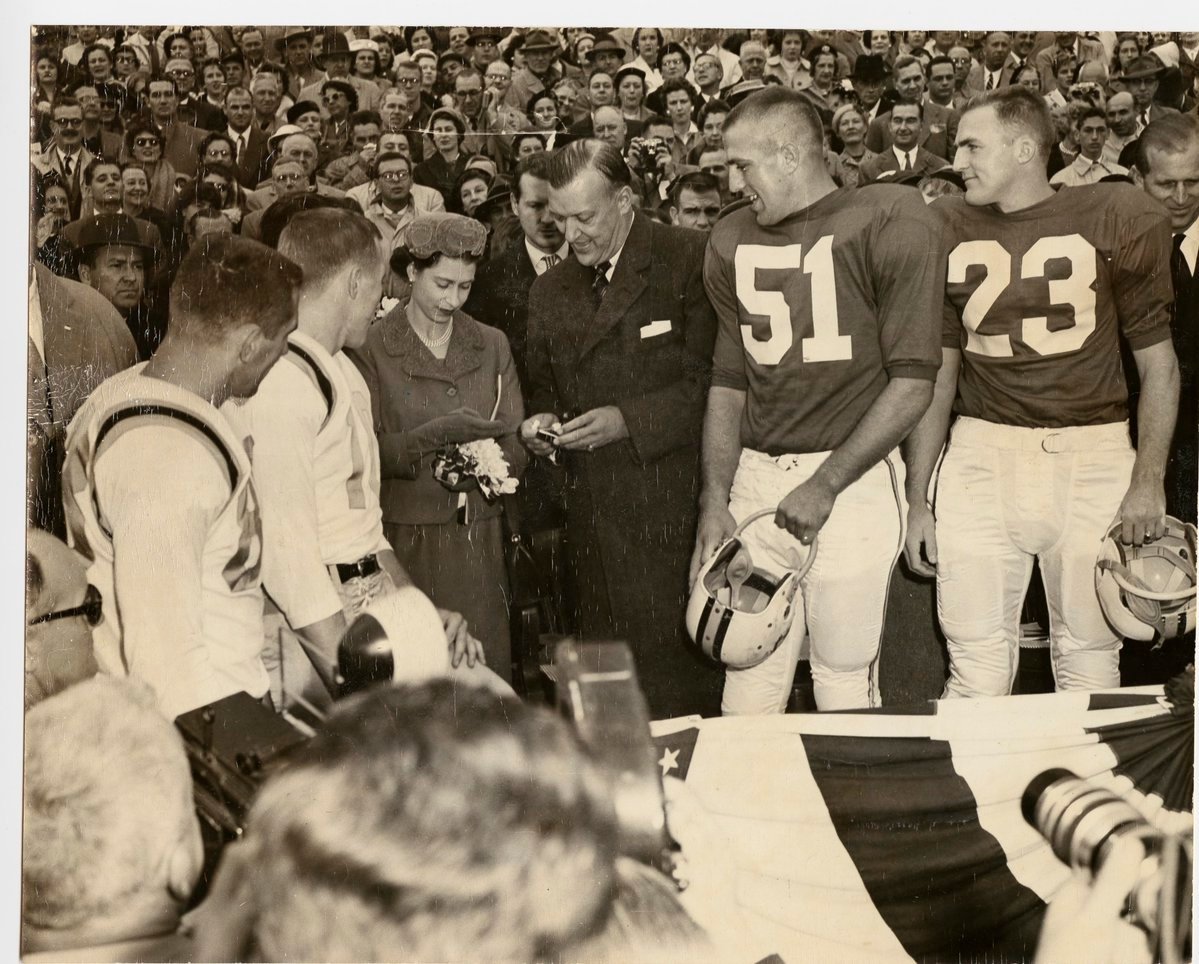 God Save The Queen, or in this case, Testudo, Give The Queen Football!

Maryland didn’t have much success Saturday, losing to Indiana 34-28 and dropping to 3-4 on the season. The results on the field weren’t what the team wanted, but Saturday marked a historical date for Maryland.

On Oct. 19, 1957, Queen Elizabeth II came to College Park and attended her first and only college football game: Maryland vs. No. 14 North Carolina.

62 years ago TODAY, Queen Elizabeth II attended her first and only college football game in none other than College Park!

It was a big game for the Terps, entering the contest with a 1-3 record against the rival Tar Heels. However, with the Queen and a season-high 43,000 fans in attendance at the former Byrd Stadium, Maryland played its best game of the season, defeating North Carolina 21-7.

The Terps would finish the 1957 season with a 5-5 record, but the victory against the Tar Heels was Maryland’s only ranked win of the season.

God Save The Queen indeed, as the Terps are still 1-0 when Her Majesty is in attendance.