Here’s how NFL Terps did in Week 5 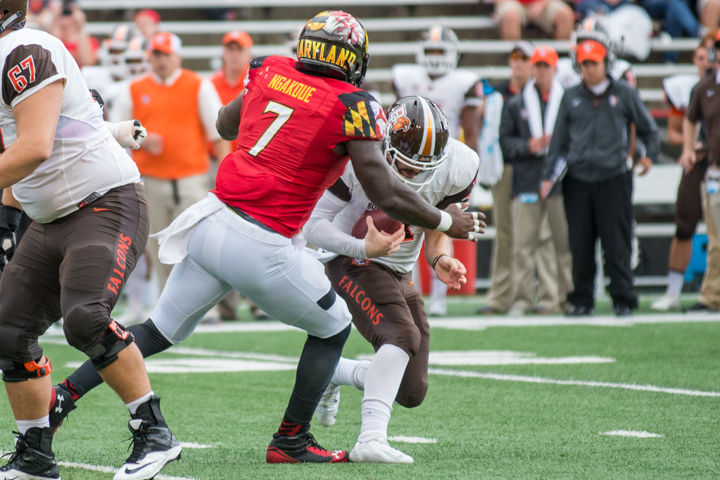 Many former Terps had a stellar Week 4 in the NFL, but Week 5 was much quieter.

After a career game against the Buffalo Bills in Week 4, Jackson fell back down to earth in Week 5, recording two tackles against the Washington Redskins in a blowout win.

Diggs had yet another quiet week, hauling in three catches for 44 yards in the Minnesota Vikings’ 28-10 win over the New York Giants.

The second-year receiver doubled up on his output from Week 4, pulling in six catches for 91 yards, including a 52-yard reception in the Carolina Panthers’ 34-27 win over the Jacksonville Jaguars.

Coming off a season-high six tackles in Week 4, Carter did not record any statistics in the Panthers win over the Jaguars.

Savage recorded one tackle in the Green Bay Packers’ 34-24 win over the Dallas Cowboys. The rookie standout left the game after suffering an ankle injury and is questionable to play in Week 6.

Davis did not record any statistics in the Redskins’ 33-7 loss to the Patriots. After a hot start, Davis has struggled to make an impact on a Washington team that is fading fast.

Jefferson recorded one tackle in the Seattle Seahawks’ 30-29 win over the Los Angeles Rams on Thursday night.

Woods did not record any statistics in the Chicago Bears’ 24-21 loss to the Oakland Raiders.

Cowart did not record any statistics in the Patriots’ win.