A.C. is still out in five UMD academic buildings over a week after outage 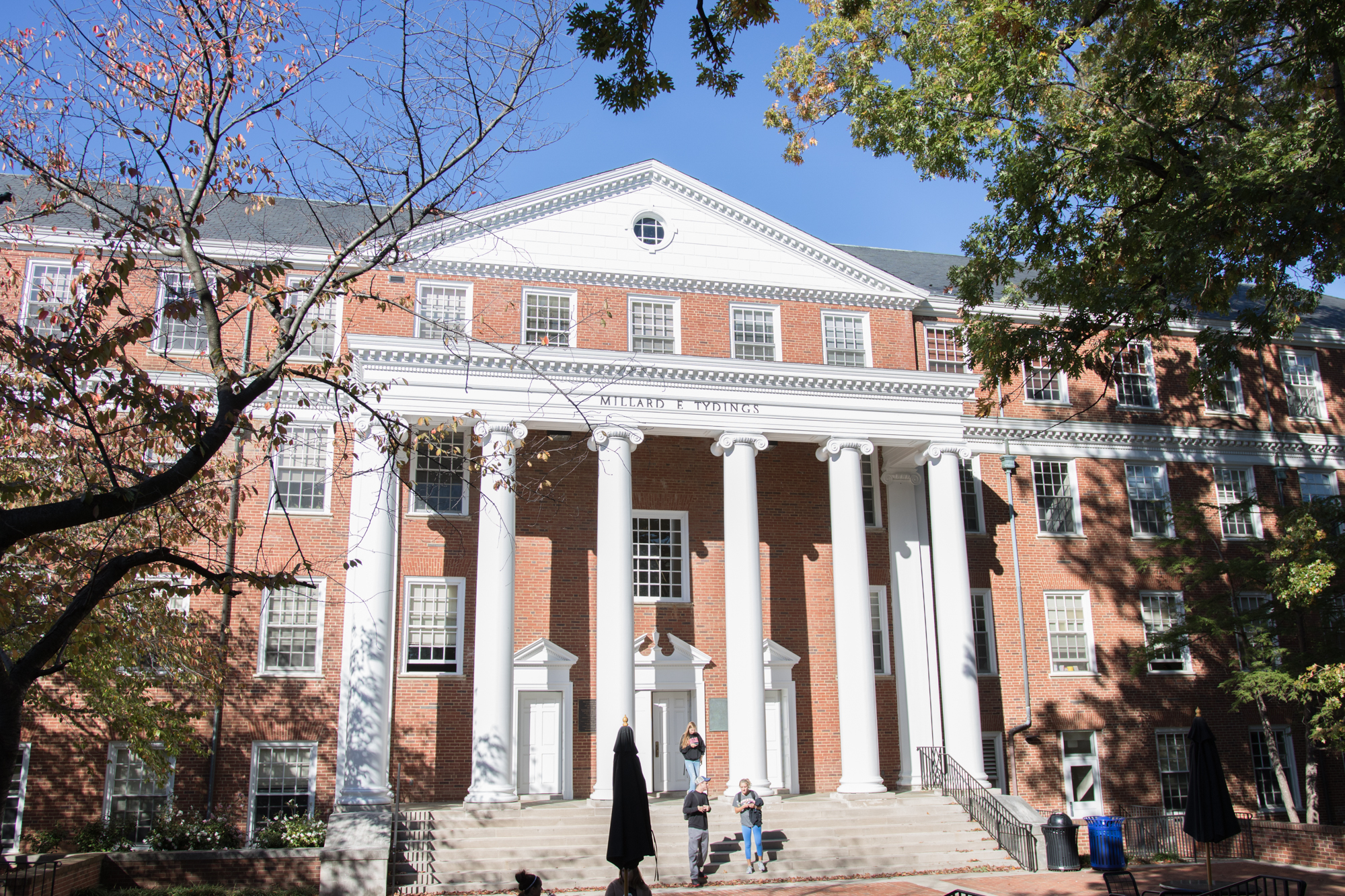 Tydings Hall is one of two halls that will have a 10-day heat outage for pipe repairs.(Richard Moglen/The Diamondback)

An air conditioning outage in five University of Maryland academic buildings is still making classes uncomfortable for students and professors, despite hopes it would be resolved by the beginning of this week.

The outage — which began Sept. 30 after a chilled water line broke outside Marie Mount Hall — has affected Chincoteague, Francis Scott Key, Skinner, Tydings and Taliaferro halls, according to a statement from this university’s Facilities Management, sent by a university spokesperson Friday morning.

Classes have continued in the midst of the outage. While several professors decided to move their classes to other buildings, online or cancel the class altogether, most opted to stay put.

“I don’t think anyone was happy about it[,] but while it wasn’t pleasant, there wasn’t much that could be done,” Brooks wrote in an email. “I am certainly not going to complain about it.”

For some students, the lack of air conditioning has made it harder to pay attention in class.

Bryce Watson said when he walked into his classroom Tuesday in Skinner Building, it was “really, really hot.” Watson said he wasn’t in class last week because he was sick, but he’s concerned the outage is ongoing.

“It’s just hectic. You feel like they would get on that right away. I mean, it is an expensive and long thing to do,” said Watson, a senior Spanish major. “But still, you can’t learn an environment like that. There was no way I was going to be able to focus.”

Senior public policy major Cydnee Jordan agreed. She has to work in Taliaferro Hall for five hours on Mondays and Wednesdays.

“Honestly, it’s very typical of the University of Maryland,” Jordan said. “They’ll be like ‘we have to fix it, and we’ll fix it,’ but it doesn’t get fixed.”

In a separate incident, damage to the casing of a steam line has caused hot water to be turned off in Skinner, Marie Mount and Woods halls since Sept. 30. That outage has also not been repaired, though it doesn’t affect air conditioning in the buildings.

In a statement from Facilities Management, sent by a university spokesperson Tuesday night, the department acknowledged that the outage is still ongoing.

“We understand how vital steam and chilled water services are to the UMD campus community and our Facilities Management crews are working hard to replace the steam pipe’s insulation and restore the chilled water line system as soon as possible,” the statement read.

However, some students used the outage to their advantage. Junior criminology and criminal justice major Venia Imel knew the buildings had no air conditioning, so when she was too cold in the dining hall, she went to Tydings Hall to warm up.

Still, Imel thinks the outage should have been fixed by now.

“It’s interesting that you step outside and it’s colder outside than it is inside,” Imel said. “That’s oddly concerning.”