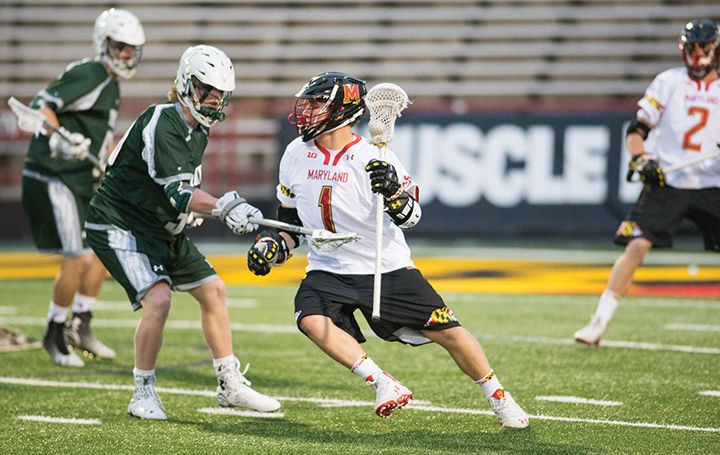 Attackman Matt Rambo fires a shot during the Terps' 11-10 victory over Loyola at Byrd Stadium on April 8, 2015.

The inaugural Premier League Lacrosse season wrapped up over the weekend with the PLL Championship game in Philadelphia, Pennsylvania.

Not surprisingly, the team with the most Maryland players on it won the title as Whipsnakes Lacrosse Club defeated Redwoods Lacrosse Club in a thrilling 12-11 overtime game. The championship win was, in large part, thanks to 2017 Tewaaraton Award winner, Matt Rambo.

RAMBO IN THE CLUTCH! pic.twitter.com/bmlRvmQjfl

In overtime, after fellow-former Terp Joe Nardella won the opening face-off, Rambo continued his heroics, wasting no time to bring the championship home with the Whipsnakes.

After missing out on the national championship twice in Philly before winning it in Boston in 2017, this one felt great for the PLL Championship MVP.

Along with Rambo and Nardella, other former Terps lacrosse stars on the Whipsnakes roster combined for all of the Whipsnakes goals. Three came from John Haus and Jay Carlson, Mike Chanenchuk, Joe Locascio, Drew Snider and Connor Kelly all chipped in one apiece.

After the championship win, Chef Rambo and the boys might have just re-defined the famous line from “Wedding Crashers”: CRAB CAKES AND LACROSSE, THAT’S WHAT MARYLAND DOES!