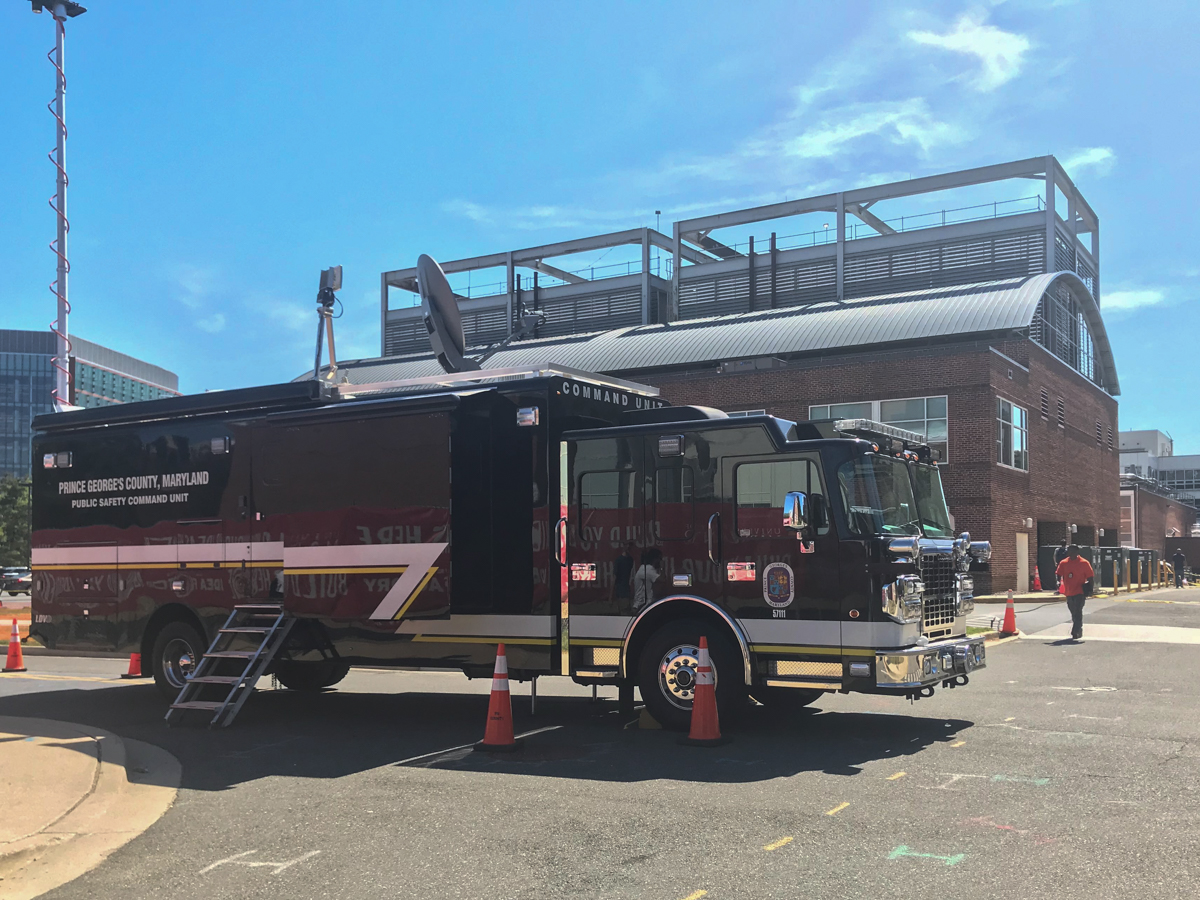 Police evacuated the University of Maryland's Kirwan and Glenn Martin Halls on Thursday after a report of a suspicious package. (Richard Moglen/The Diamondback)

University of Maryland Police evacuated Kirwan and Martin halls Thursday morning after suspicious packages were reported in Kirwan Hall, according to an alert sent by police.

At around 10:28 a.m., police responded to Kirwan Hall after video footage showed an unidentified male placing a bag on the ground in the building’s mailroom. The Prince George’s County Fire Department was then requested, a full report of the incident read.

Stadium Drive between Regents Drive and Paint Branch Drive was closed to traffic, according to an email update.

An officer located the male who had left the bags near the M Circle at about 12:17 p.m. The man was taken to investigators. He said he left the bag in the room for safekeeping and was going to retrieve it at the end of the day.

The man also confirmed he left another bag on the third floor — according to the full report.

As of about 1 p.m., Prince George’s County Fire Department spokesperson Michael Yourishin said the packages were deemed safe. At about 1:10 p.m., the buildings were reopened, the report read.

The man was released without charges.