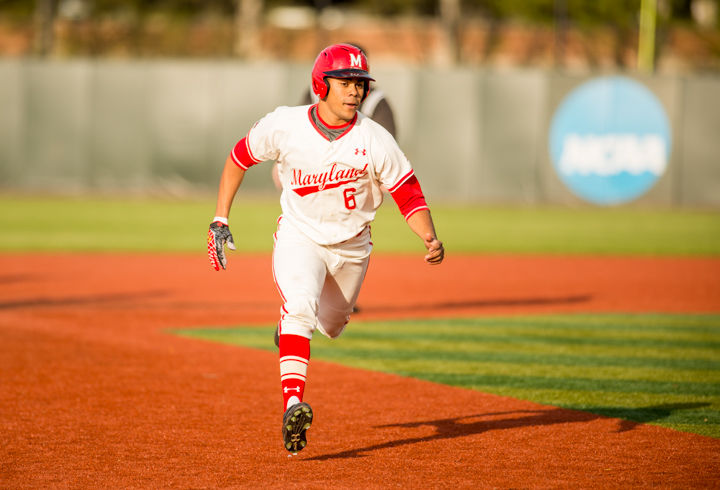 Sunday was a big day for Maryland baseball as one of their alumni rounded the bases for the first time in the bigs. LaMonte Wade Jr, who was called back up in September by the Minnesota Twins, recently recorded his first MLB hit and took it a step further on Sunday.

The outfielder has been struggling so far, hitting just .120 with only three hits, but the home run hopefully got the monkey off his back.

Wade rejoined the Twins at the right time as it was recently announced that starting outfielder Byron Buxton is likely to miss the remainder of the season. Wade will be looking to bolster the Twins playoff chances, as they currently sit atop of the AL Central, 4.5 games in front of the Indians, needing only nine more wins to clinch the division.

Wade’s appearances with the Twins makes it a possibility that two Terps could be in the 2019 Postseason as relief pitcher Adam Kolarek, formerly of the Tampa Bay Rays, was traded to the Los Angeles Dodgers at this year’s trade deadline. The Dodgers just won their seventh-straight NL West title, clinching their playoff spot. Had Brandon Lowe not suffered an injury, that number could be three as the Rays look like they might take an AL Wild Card spot.