Review: Snoh Aalegra’s new album is perfectly designed to put you in your feels 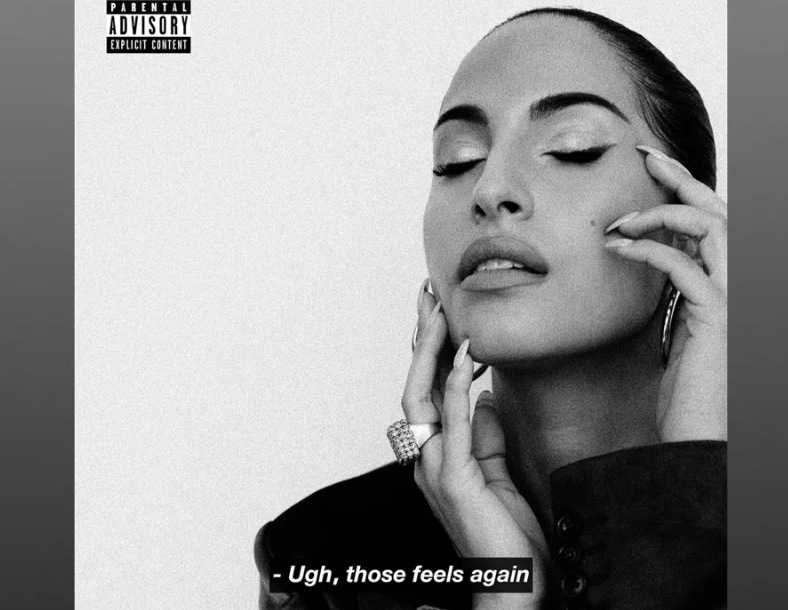 "Ugh those feels again" by Snoh Aalegra (Photo via Youtube.)

Although Snoh Aalegra may not be a well-known name in the music industry (yet), the 31-year-old Swedish-Iranian singer-songwriter is slowly growing her fan base and captivating listeners with her smooth vocals and meaningful lyrics.

In her new album Ugh, those feels again, Aalegra tells the story of a budding romance that ends with rejection and bitterness. Compared to her previous work, Ugh, those feels again is both a journey of love and an exploration of self. Listening to this album truly got me in my feels — to the point that I was feeling nostalgic about a boyfriend and a relationship that never existed.

Aalegra’s artistry is often evident in her album covers, which have previously featured comic book style illustrations, block fonts and bold colors. With her new album, Aalegra explored a new style of cover art that is both simple and alluring.

The cover displays a portrait of Aalegra with her eyes closed, her lips parted and her manicured hands brushing her chin and cheek sensually. The artwork is so captivating that I would probably buy a record of her album just to frame it. It slightly resembles a black and white Sarah Bahbah portrait and emanates major ‘60s vintage vibes.

The album opens with “Here Now (Intro),” a short and sweet introduction that sets the mellow, sultry mood for the album. The first half of the song features auto-tuned vocals, but once the beat kicks in, the vocals transition to Aalegra’s as she sings, “You’ll be here now, rise/ It’s only a moment passing us by/ We still have many more, Southside/ Here now, here now.”

“Situationship” and “Whoa” are two popular tracks from the album that progress the love journey. The former opens with wavy, bedroom pop-like beats similar to those you’d hear in a Kali Uchis track.

It’s a song about forbidden love, one that comes with consequences but is too tempting to resist. The playful beat of the song mimics the giddiness of the beginning of a new romance.

“Whoa” is a sappy love song with hints of R&B, soul and orchestral influences, chronicling the intense passion and desire in a romantic relationship. It’s shown in the lyrics, “Don’t wanna leave, I just wanna be here by your side/ You make me feel and believe that we in paradise/ ‘Cause I don’t feel the ground.”

It’s also my favorite track on the album, as it melds different musical genres to create a unique sound that evokes feelings of lust. The addition of a soft orchestral instrumental by the second pre-chorus adds a vintage and old-school romantic note to the song.

I also think the album could be empowering, especially for those who are suffering from a recent heartbreak. Unlike the confidence and superiority one feels after listening to M.I.A’s “Bad Girls” or City Girls’ “Act Up,” Ugh, those feels again will leave you feeling like a serene and classy single baddie.

As corny as it sounds, Ugh, those feels again truly has the power to put you in your feels — again.