Emma Stone channels her inner villain in new role, but can she pull it off? 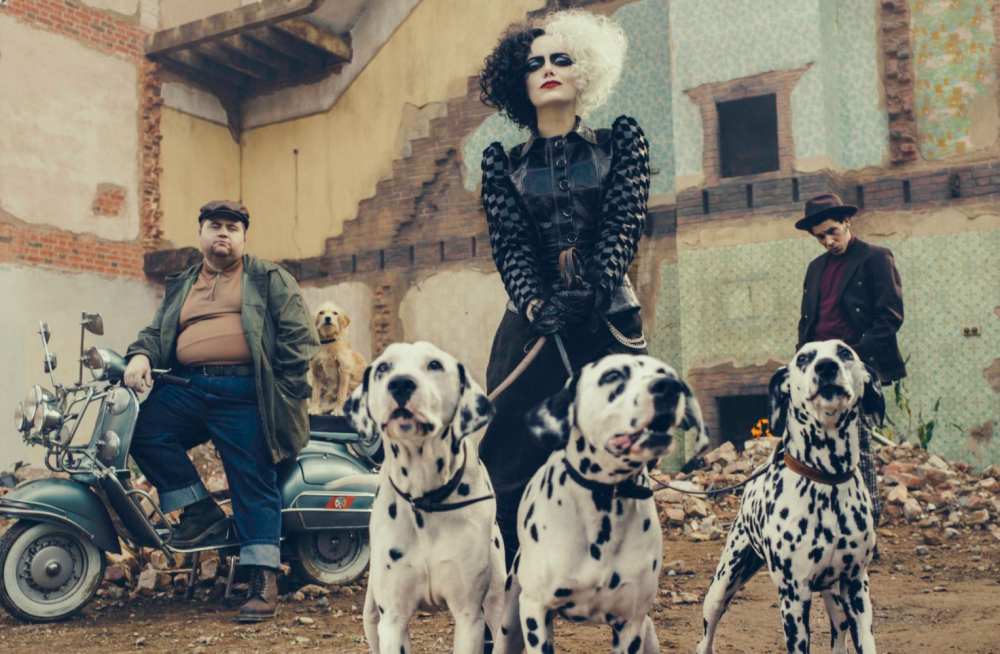 So, Emma Stone is going to be playing a villain.

And not just any old villain. Stone is playing Cruella De Vil in Disney’s 101 Dalmatians prequel. The Cruella De Vil, who finds pleasure in skinning Dalmatian puppies, profiting off of her dead husband and seasoning her guest’s food with too much pepper.

Despite that, Disney released new photos showcasing Stone as a Cruella straight out of a Tim Burton film, bearing a strong resemblance to Edward Scissorhands. The new De Vil still sports her signature black and white hairstyle but swaps her tight-fitting dress and fur coat for a leather jacket fit for a steampunk festival.

I think the role might have been more fitting for Helena Bonham Carter, who is known for her extravagant, animated portrayals of the most wretched and demented characters. Just imagine her yelling “Off with your fur!” as she assembles her kidnapped puppies and prepares to skin them for her next fur coat.

Her portrayals of the Red Queen in Alice in Wonderland and Bellatrix Lestrange in the Harry Potter movies demonstrated her range and ability to play villains well. But, perhaps casting Bonham Carter would have been too predictable. I still think she would have slayed in that grunge Cruella outfit.

The role could also have gone to Charlize Theron, who played Snow White’s evil stepmother, Queen Ravenna, in Snow White and the Huntsmen. Theron also played Cipher, a manipulative and torturous criminal in The Fate of the Furious. Also on her acting resume are more hardcore roles, such as her portrayals of Lorraine Broughton in Atomic Blonde and Imperator Furiosa in Mad Max: Fury Road. I think if Theron were to portray Cruella De Vil, she would be villainous, suave and certainly badass.

[Read more: Did Disney make a streaming service just to house all of its unnecessary remakes?]

Stone’s excellence in light-hearted or animated films, such as La La Land and The Croods, is probably why I can’t imagine her playing a character as cruel and inhumane as De Vil. I just don’t think I’m prepared to see Stone kidnapping and skinning puppies. After all, Cruella’s character is truly an embodiment of hell, which may be a challenge for Stone to convincingly portray.

I’m still looking forward to the film, and I’m looking forward to Stone’s performance as well. It will be both interesting and entertaining to watch her tackle a new role, especially one that she doesn’t have much experience portraying.

‘The Great British Baking Show’ is back and blander than ever